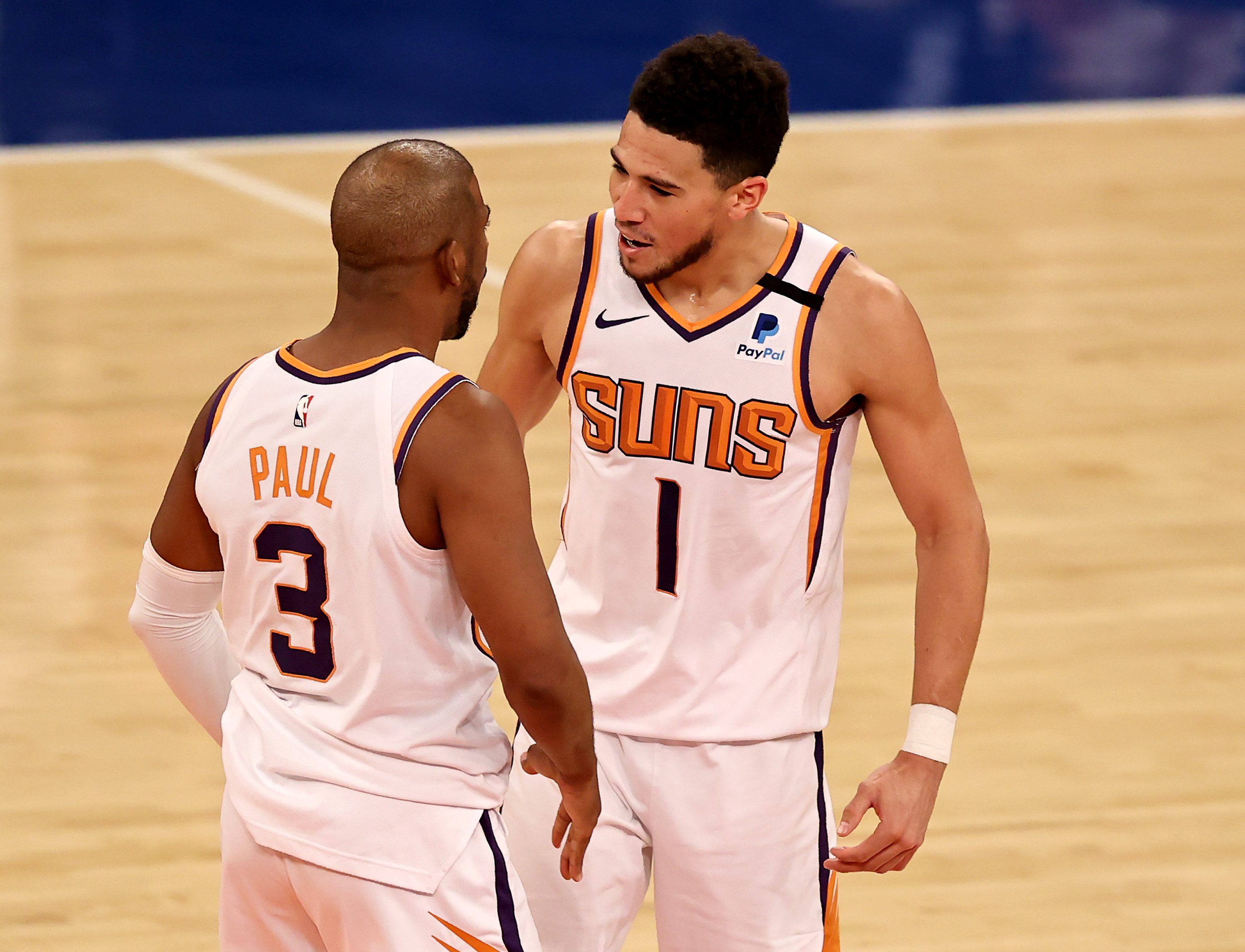 Facebook Twitter Copy URL
Copied
After failing to wrap it up in regulation, the Phoenix Suns open overtime with a 15-0 run against the Cavs

Devin Booker’s 31 points and Chris Paul’s 23 points and 16 assists helped the Phoenix Suns hold off the host Cleveland Cavaliers for a 134-118 overtime victory on Tuesday night, May 4 (Wednesday, May 5, Manila time).

Booker shot 14-for-27 from the field and also had 6 rebounds and 5 assists as the Suns (47-18) moved back into a tie with the Utah Jazz for the top spot in the Western Conference with their fifth consecutive victory.

After failing to pull away throughout regulation, Phoenix opened overtime with a 15-0 run fueled by 8 points from Mikal Bridges, who totaled 22 points to go with 5 rebounds, 4 assists, and 3 steals.

The Suns, who scored 23 points off 17 Cleveland turnovers, clamped down defensively in overtime as they allowed only 4 points and held the Cavaliers without a field goal for three and a half minutes.

Deandre Ayton recorded 15 points, 8 rebounds, and 5 blocks, and Frank Kaminsky had 11 points and 6 rebounds off the Suns’ bench.

Collin Sexton tallied 29 points, 7 rebounds, and 7 assists for the Cavs.

Okoro and Booker dueled down the stretch of regulation. Okoro tied the game twice in the final minute.

Booker had a chance to win it at the buzzer; but, after dribbling his way into the far corner and drawing a double-team, his contested three-pointer was an air ball, sending the game to overtime.

Okoro scored 11 points in the fourth quarter but was shut out in overtime.