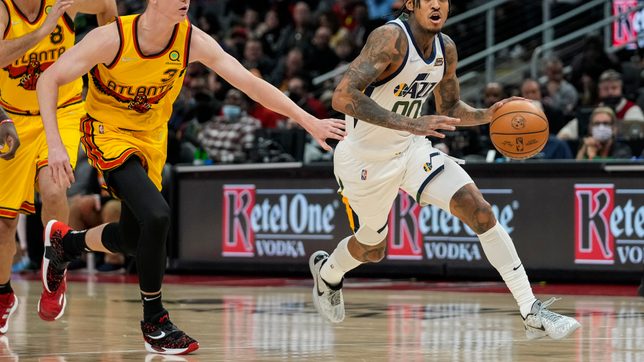 Jordan Clarkson came off the bench to score a season-high 30 points and lead the visiting Utah Jazz to their third straight win, a 116-98 victory over the Atlanta Hawks on Thursday, November 4 (Friday, November 5, Manila time).

Clarkson was 10-for-19 from the field and made four three-point baskets. He combined with Joe Ingles, who had a season-high 19, to offset the absence of Donovan Mitchell (24.9 points per game), who missed the game with a right ankle sprain.

Bojan Bogdanovic scored 23 points, and Mike Conley added 13 points and 11 assists for the Jazz, who have won seven of eight games this season.

Atlanta’s Trae Young scored 21 points, but went to the foul line only five times, and had 7 assists.

The loss was the first at home for the Hawks this season and ended a 14-game home court winning streak.

The Hawks led 16-15 after the first quarter thanks largely to seven Utah turnovers.

The Jazz started the fourth quarter with an 8-2 run to take an 83-76 lead and caused the Hawks to take a timeout.

Atlanta, weary from playing the second half of a back-to-back, could never muster a rally and were outscored 41-24 in the fourth quarter.

The Hawks begin a four-game Western Conference road trip on Saturday at Phoenix. The Jazz continue their three-game road trip with a stop in Miami on Saturday. – Rappler.com