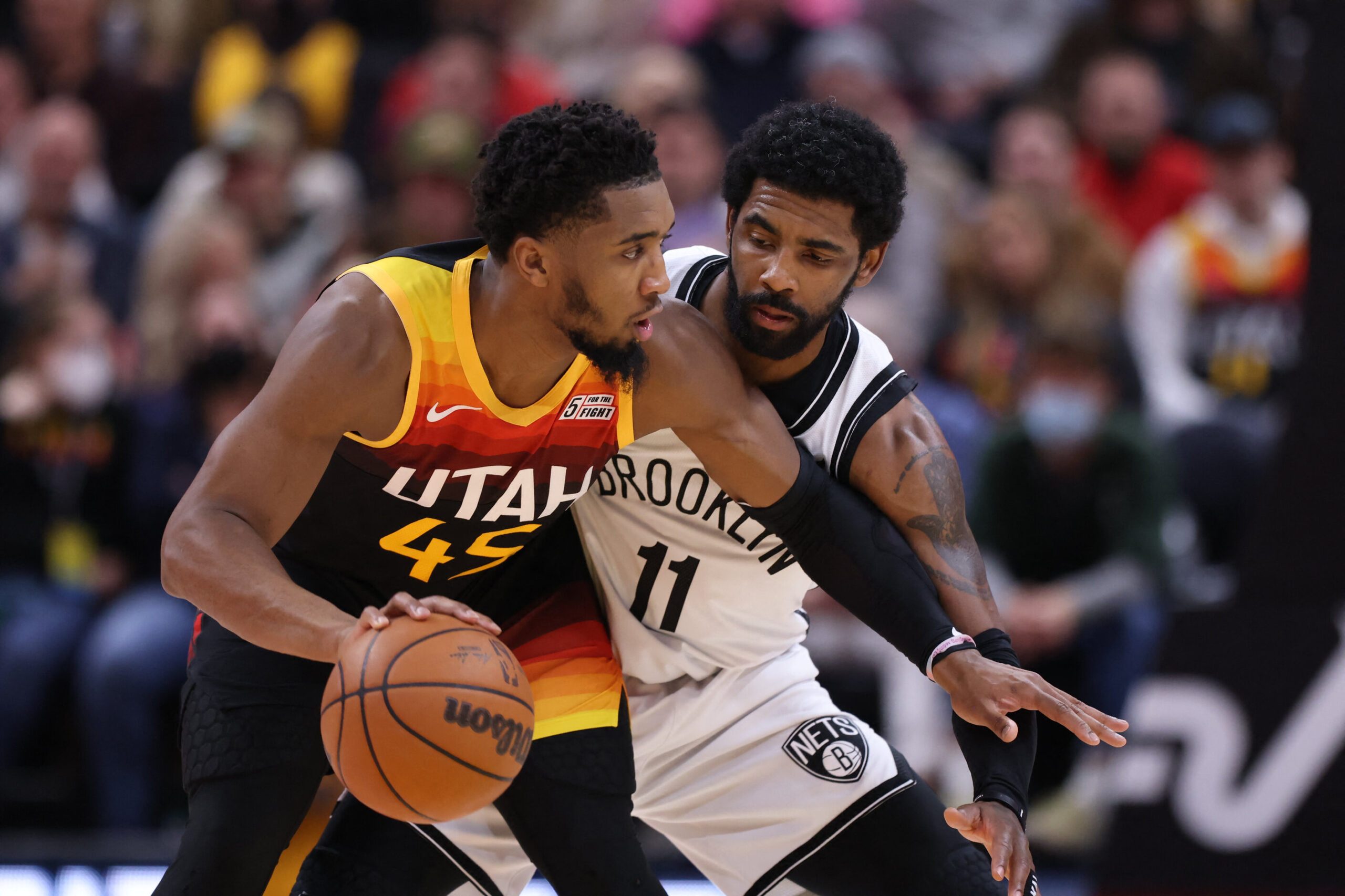 Facebook Twitter Copy URL
Copied
Back after missing eight games, Donovan Mitchell makes an immediate impact for the Jazz against the skidding Nets

Donovan Mitchell scored 27 points after missing the past eight games with a concussion to lead the Utah Jazz to a 125-102 win over the road-weary Brooklyn Nets in Salt Lake City on Friday night, February 4 (Saturday, February 5, Manila time).

Cam Thomas scored 30 and Kyrie Irving added 15 for the Nets, but Brooklyn dropped its seventh straight game and the fourth in a row on this five-game Western trip.

James Harden, whose name was linked to potential trade reports on Friday, was scratched from the lineup with left hamstring tightness. Kevin Durant and LaMarcus Aldridge were also unavailable for Brooklyn.

Mitchell made an immediate impact, earning assists or scoring on 11 of the Jazz’s first 12 points.

The three-time All-Star went on to hit 6-of-7 three-pointers in his first game since suffering a head injury against the Los Angeles Lakers on January 17. Mitchell, who cleared the NBA’s concussion protocol Thursday, added 6 assists and made 8-of-10 field goals.

Bojan Bogdanovic contributed a double-double of 19 points and 11 rebounds, Eric Paschall scored 16, Hassan Whiteside added 15, and Mike Conley netted 14 points as Utah won its second game in a row after a five-game skid.

Udoka Azubuike, who started for injured All-Star center Rudy Gobert, had a double-double of 11 rebounds and 10 points.

Mitchell’s first assist resulted in a layup and three-point play for Royce O’Neale. Mitchell then hit two free throws, drained a three-pointer and assisted Azubuike as Utah opened with a 10-0 lead.

Utah opened the second quarter with a 15-3 spurt and took a 68-47 lead into the locker room.