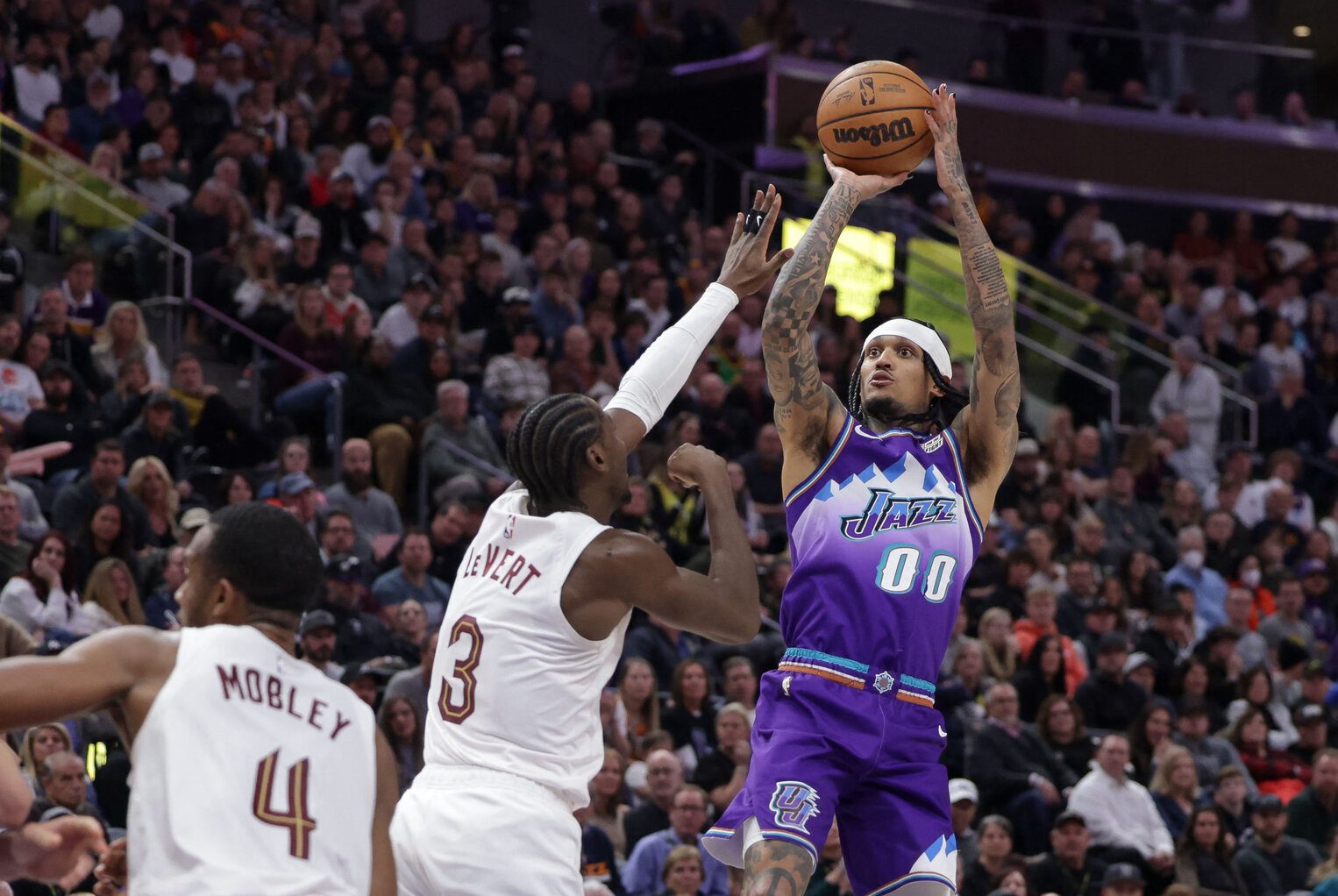 Donovan Mitchell scored 46 points in his first game in Salt Lake City since being traded to the Cleveland Cavaliers, but Jordan Clarkson stole the show in a 116-114 Utah Jazz victory on Tuesday night, January 10 (Wednesday, January 11, Manila time).

Clarkson finished with 32 points and scored 9 straight in the final 1:23 after Mitchell gave the Cavs a five-point lead.

Lauri Markkanen, who went to Utah in the blockbuster Mitchell trade this past offseason, scored 25 points – despite 6-of-18 shooting – and grabbed 16 rebounds. Mike Conley, Malik Beasley and Nickeil Alexander-Walker each added 13 points.

Cleveland went scoreless for nearly three minutes after Mitchell scored with 3:13 left, allowing Utah to surge to the win with a late 13-0 run.

The Jazz were within five when Clarkson drained a 3-pointer and hit a foul shot with 1:22 remaining after being fouled while shooting by Caris LeVert, who was called for a Flagrant 1 foul.

Utah retained possession after the four-point play, and Clarkson was quickly fouled again by LeVert while attempting a three-pointer.

Clarkson put Utah up 109-107 by hitting all three free throws with 1:10 remaining. Clarkson scored on the ensuing Jazz possession after LeVert missed a trey.

The Jazz took a game-clinching 115-107 lead at the 23.1-second mark after two Markkanen free throws following a missed Mitchell three-pointer.

Mitchell scored 10 straight points early in the fourth as Cleveland rallied from 13 points down to take a 101-94 lead before Utah’s comeback.

The Jazz showed a video tribute in Mitchell’s honor before tipoff. The former Utah star then received a warm welcome from his old home crowd, with cheers from appreciative Jazz fans drowning out boos by disgruntled former supporters.

Clarkson made three straight baskets, including one three-pointer, during an 11-0 run that resulted in a 76-63 Utah lead.

Utah outscored the Cavs 15-4 in the final five minutes of the first quarter to go up 31-24, and Mitchell helped Cleveland tie the game at the half. He scored 13 points in the second quarter and capped a 9-0 run with a deep shot. – Rappler.com