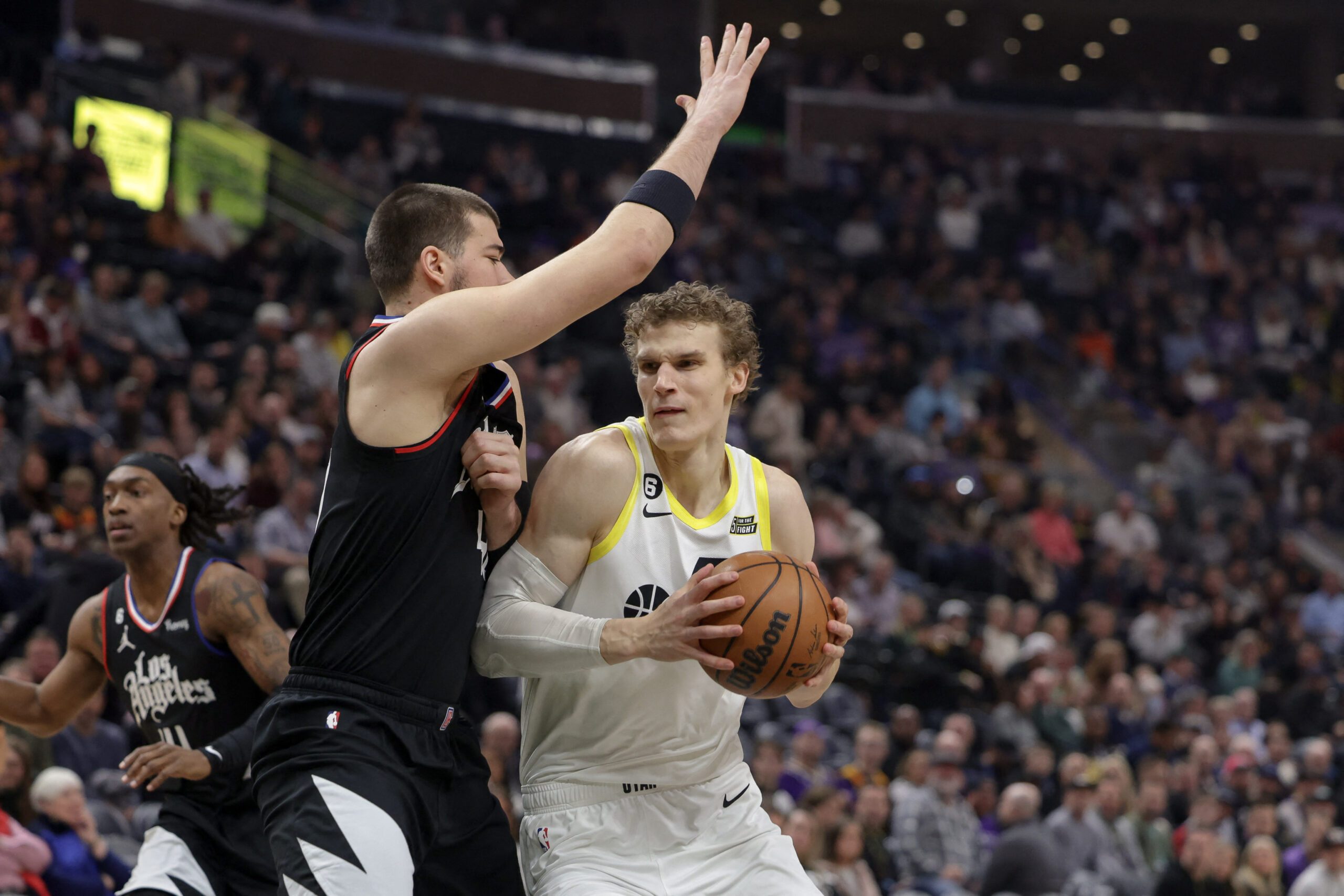 Facebook Twitter Copy URL
Copied
The Jazz pick up their fourth win in five outings as Lauri Markkanen, who’s making a good case for Most Improved Player, returns with a double-double after a two-day layoff

Lauri Markkanen returned to the lineup and lifted the Utah Jazz to a 126-103 victory over the Los Angeles Clippers with 34 points and 12 rebounds in Salt Lake City on Wednesday night, January 18 (Thursday, January 19, Manila time).

Markkanen, back after missing two games due to hip issues, scored the first 7 points of the game during a 9-0 Jazz run and proceeded to hit 11-of-20 field goal attempts, 6-of-8 three-point shots and 6-of-6 free throws.

A frontrunner for the Most Improved Player award, Markkanen has been averaging 24.6 points, 8.6 rebounds, and 1.9 assists per game.

Norman Powell led the shorthanded Clippers with 30 points and Ivica Zubac chipped in 15 points and 12 boards. Los Angeles struggled from the field, shooting 40.2%.

The Clippers, who were kicking off a four-game road trip, have lost nine of 11 and fell to 23-24.

Six Jazz players reached double figures in scoring, including Walker Kessler, who had his ninth double-double with 13 points and 11 rebounds. The rookie added 3 assists and 2 blocked shots.

Utah held a 36-26 lead heading into the second quarter after its quick start. The Jazz took a 68-56 advantage into the locker room, Utah’s second-highest first-half point total of the season.

The Clippers made a short push early in the third quarter after Markkanen pushed Utah’s lead to 71-56 with three free throws to open the half. Marcus Morris Sr. scored 4 points in a six-point surge to whittle the Jazz’s lead to single digits at 71-62.

Markkanen then fueled another Utah run, following a Kessler bucket with a thunderous dunk over Zubac and then a three-pointer to put Utah ahead, 78-62, with 8:08 to go. – Rappler.com