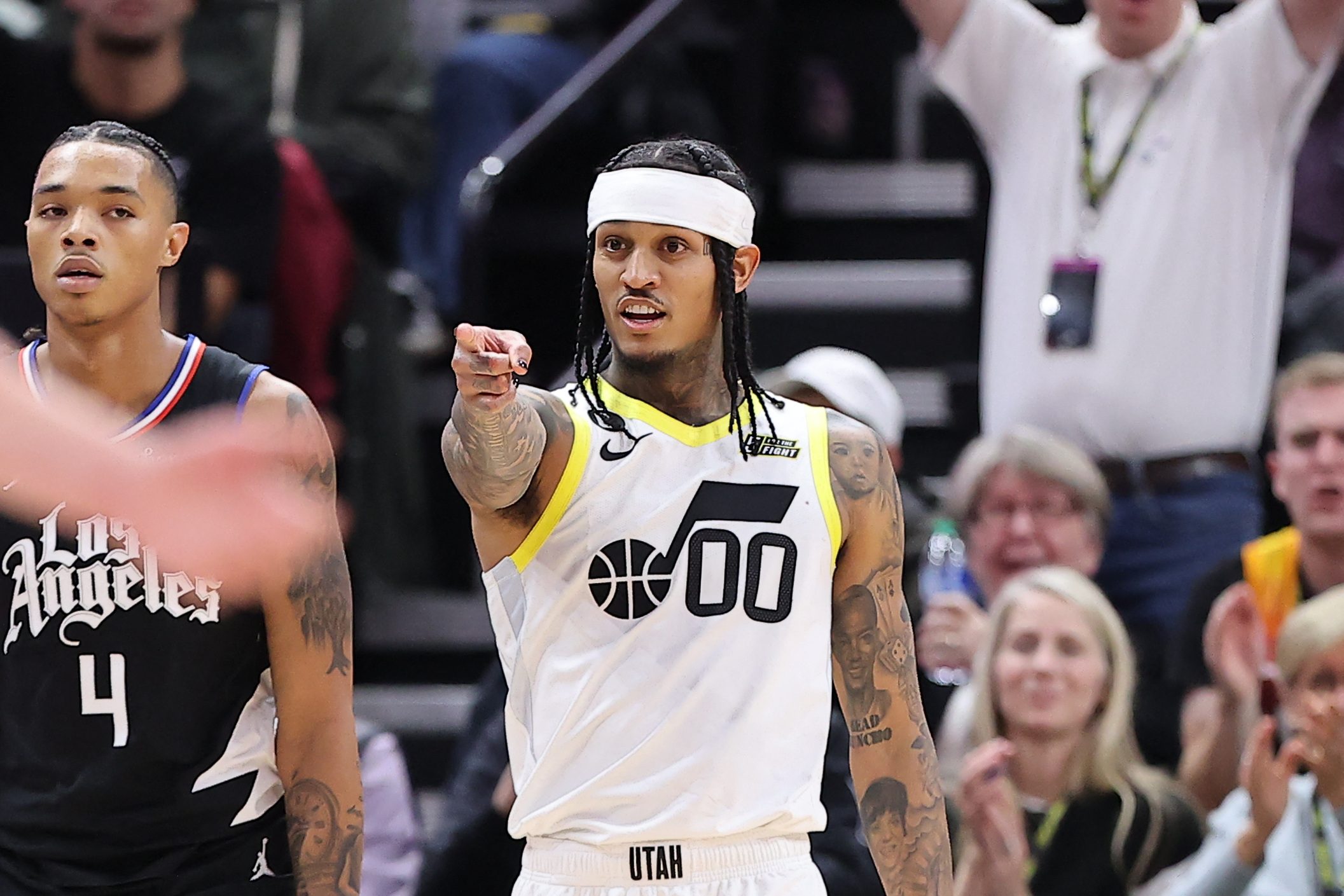 BIG GAME. Jazz guard Jordan Clarkson reacts to a play against the Clippers in the fourth quarter.

John Wall led the Clippers with 26 points off the bench, but they were limited without Paul George (hamstring), Kawhi Leonard (ankle) and Norman Powell (groin) and were playing for the second straight night after winning in Portland on Tuesday.

The Clippers erased a double-digit, first-half deficit and nearly did the same in the second half after Utah re-established a big lead.

Los Angeles pulled within 3 early in the fourth quarter. However, the Jazz re-established control with a 13-2 surge by scoring on six straight possessions. Clarkson and Vanderbilt provided the highlight of the game-saving run combining on an alley-pop dunk play for a 111-97 lead.

It was Utah’s second win in three outings against the Clippers in November.

Markkanen scored 5 of his 12 first-quarter points in an early 7-0 Jazz run for a 10-4 lead. Later in the quarter, Clarkson fueled another 7-0 spurt with 5 points as the Jazz went up by 10. Utah settled on a 35-26 lead heading into the second quarter.

Utah went scoreless for four minutes while Los Angeles went to work, scoring a dozen straight to regain the lead at 45-43 en route to a two-point halftime lead.

Sexton helped turn things around for the Jazz in the second half, scoring five straight during an 11-2 spurt. Utah built the lead to 14 before the Clippers trimmed it to 94-85 by the end of the third quarter.

Los Angeles chipped away all but three points of its deficit early in the fourth quarter before the Jazz took over for good.