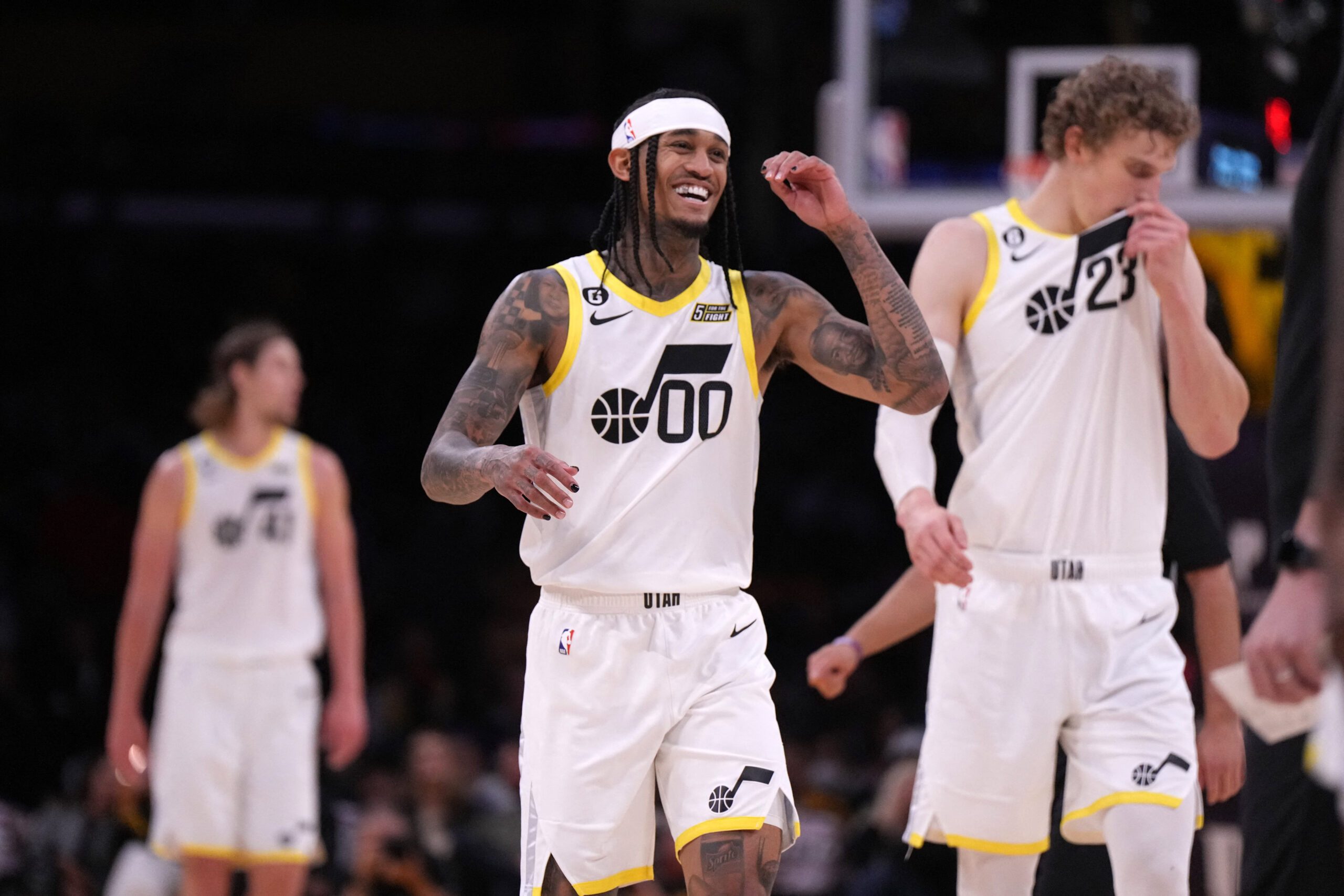 Utah Jazz guard Jordan Clarkson (00) celebrates against the Los Angeles Lakers in the second half at Crypto.com Arena

Collin Sexton contributed 17 points while Mike Conley added 14 points and 12 assists as the Jazz won their third straight game. Utah, which had seven score in double digits, defeated the Los Angeles Clippers on the road Sunday night 110-102 before returning home.

Anthony Davis netted a game-high 29 points and Russell Westbrook added 22 for the Lakers, who lost their third consecutive outing. Los Angeles played without three usual starters, including LeBron James, who sat out due to left foot soreness. It was the first time James missed a game this season.

Utah, by earning its second victory over the Lakers in four nights, grabbed sole possession of the top spot in the Western Conference at 9-3. The Jazz also improved their home record to 5-0.

Clarkson got the Jazz off to a hot start, scorching the nets for 15 points in the first quarter as Utah seized a 42-34 lead. The Jazz shot 68.4 percent in the opening period en route to hitting 56.4 percent for the night.

Westbrook kept the Lakers within striking distance in the first half, when he scored 18 points and helped trim the Jazz’s double-digit lead down to 76-71 heading into halftime. Davis had 19 points before the break, while Clarkson topped Utah with 17.

Utah also scored 75 points in the opening half during the teams’ meeting in Los Angeles.

The Jazz quickly took a 10-point lead in the second half after long jumpers by Markkanen and Malik Beasley (14 points). Davis brought the Lakers within 92-85 with a three-point play, but the Jazz then dominated.

Former Laker Talen Horton-Tucker (15 points) emphatically capped off a 16-5 run with a thunderous dunk that gave the Jazz their biggest lead at the point, 108-90, late in the third quarter.

The Lakers responded with six straight, but Utah finished the quarter on a 7-2 spurt, including a buzzer-beating 3-pointer by Rudy Gay for an impressive 115 points through three quarters.