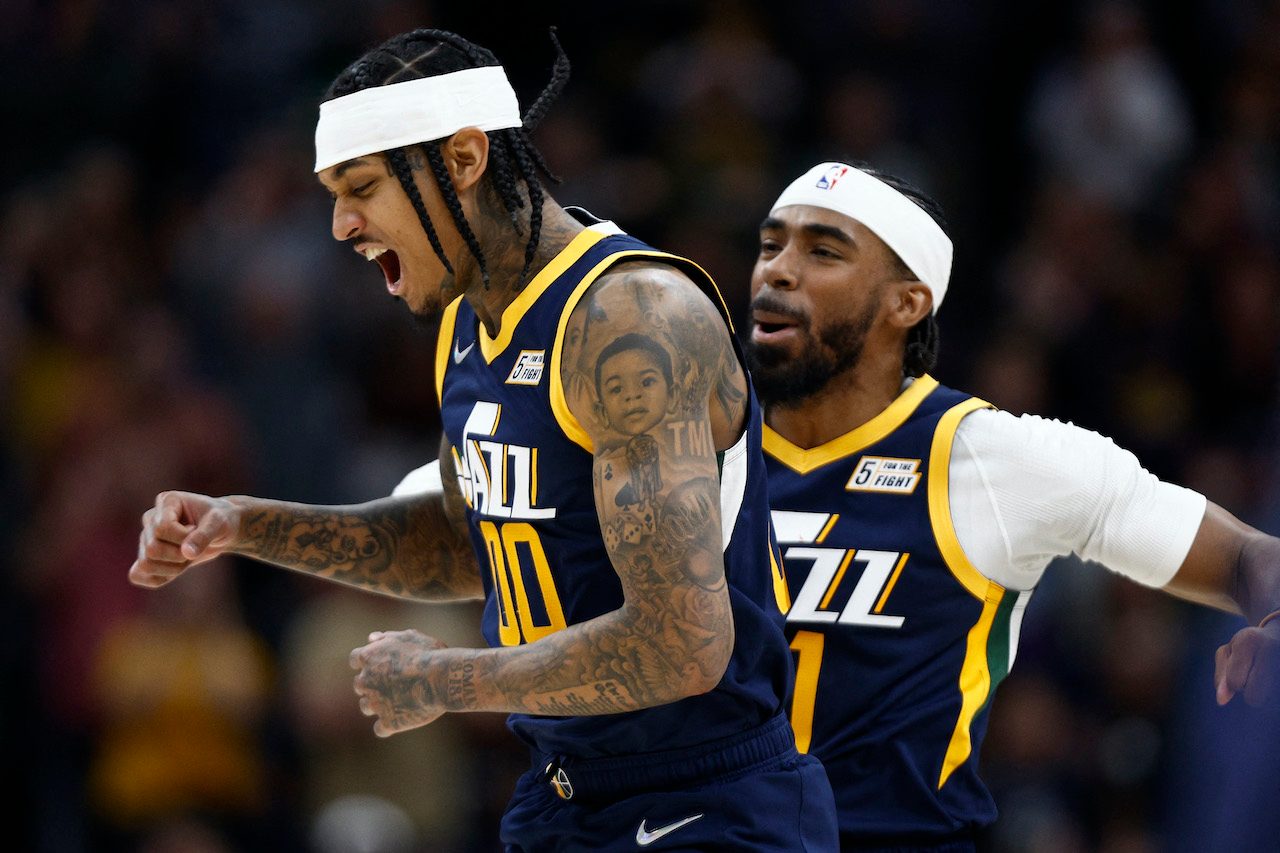 MOMENTUM. The Jazz end the NBA regular season on a high note.

Facebook Twitter Copy URL
Copied
Jordan Clarkson and the Jazz will face the No. 4 Dallas Mavericks in the first round of the NBA playoffs

Utah (49-33), playing without starters Donovan Mitchell (non-COVID illness) and Bojan Bogdanovic (rest), clinched the No. 5 seed with the easy victory. The Jazz will face the No. 4 Dallas Mavericks in the first round of the playoffs beginning next weekend.

Mike Conley Jr. tossed in 14 points for the Jazz, who clinched the Northwest Division despite a horrendous offensive start. Rookie Jared Butler added 11 points and Jordan Clarkson had 9 points and 11 rebounds.

Reggie Perry led the Blazers with 20 points, 8 rebounds, and 5 assists. Portland (27-55) finished with the sixth-worst record in the NBA.

Butler ended Utah’s drought from beyond the arc in the second quarter. Clarkson then drained a three-pointer to cap an 18-2 run, putting the Jazz up 34-23.

Utah took a 52-40 lead into the break after scoring 36 points in the second quarter, including the final 7.

The Jazz held Portland, which shot just 37% for the game, to 40 points in the second half, including only 16 in the third quarter when they blew the game open.

Utah did not let up in the fourth quarter as its reserves pushed the lead to as many as 34 points.

This put closure on a disappointing season for the Blazers, who were without star Damian Lillard for most of the year because of a stomach injury. He addressed the crowd before the game, promising that the team would rebound next season. – Rappler.com