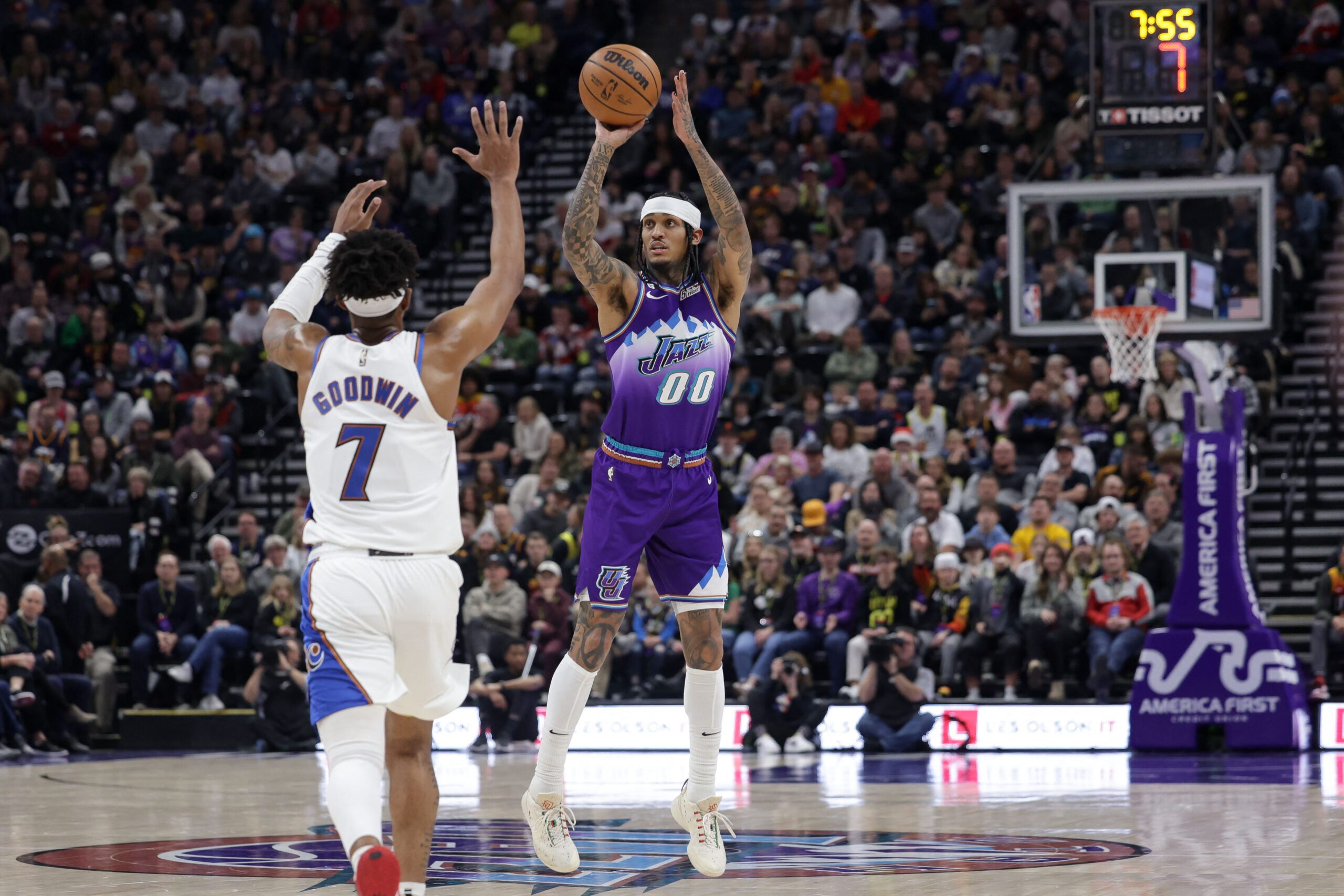 ON POINT. Utah Jazz guard Jordan Clarkson (00) shoots a three point shot against the Washington Wizards during the second quarter at Vivint Arena

Malik Beasley netted 25 points off the bench and Jordan Clarkson scored 23 with seven rebounds to lead the Utah Jazz to a 120-112 win over the Washington Wizards on Thursday night (Friday, December 23, Manila time) in Salt Lake City.

Utah trailed by six at halftime but used a 13-0 run midway through the second half to seize control and earn a second consecutive win.

Collin Sexton, who returned to the Jazz lineup after missing seven games with a hamstring injury, sparked that game-changing surge. He scored the final five points of the third quarter and finished with 18 points in a limited 17 minutes.

Washington’s Bradley Beal led all scorers with 30 points on 13-of-20 shooting and Kyle Kuzma, who played collegiately at the nearby University of Utah, scored 21.

The Wizards, who lost for the 11th time in 12 outings, were again without Kristaps Porzingis due to a non-COVID illness.

Washington lost despite shooting 56.1 percent compared to Utah’s 48.8 percent. The big difference was beyond the arc, where the Jazz hit 16 of 35 3-pointers, including four apiece from Clarkson and Lauri Markkanen. The Wizards made 7 of 21 from deep.

Markkanen finished with 21 points for Utah, which played its only home game between three-game road trips. Rookie Walker Kessler totaled 12 points and 14 rebounds in the win.

Corey Kispert (12 points) nailed a half-court shot at the buzzer of the first half to give the Wizards a 66-60 lead after they overcame Utah’s five-point lead earlier in the second quarter.

Sexton scored five points in the final 11 seconds of the third quarter, including a buzzer-beating 3, to give the Jazz a three-point lead.

The Jazz continued the surge at the beginning of the fourth by scoring the first eight points — a bucket by Kessler followed by 3s from Beasley and Nickeil Alexander-Walker. Utah led 101-90 after the 13-0 run.