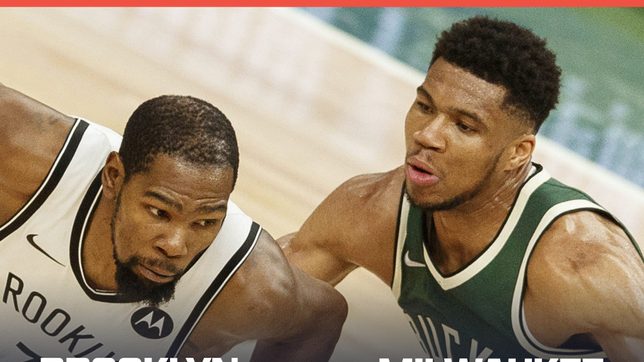 Facebook Twitter Copy URL
Copied
With the series tied at 2-2, will the Nets survive despite their injury struggles, or will the Bucks secure their third straight victory?

After losing high-scoring guard James Harden in Game 1 due to a hamstring injury, the Brooklyn Nets suffered another huge blow in Game 4 as top point guard Kyrie Irving went down with an ankle sprain.

With Harden and Irving both out, the Nets dropped their second straight game to Giannis Antetokounmpo and the rest of the Milwaukee Bucks, who managed to even the series at 2-2 after a convincing 107-96 Game 4 win.

(UPDATE: James Harden will return in Game 5, with the Nets announcing shortly before the game that he will start.)

Antetokounmpo, the two-time NBA MVP, had 34 points, 12 rebounds, and 3 assists for the Bucks, while Khris Middleton chipped in 19 points, 8 assists, and 4 rebounds.

The Nets, meanwhile, heavily relied on superstar forward Kevin Durant, who finished with 28 points, 13 rebounds, and 5 assists in the loss.

As the series shifts back to Brooklyn and the series tied at 2-2, Durant, who is currently averaging 29.7 points in the series, will have to put up superhuman numbers in Game 5 as Harden and Irving are still listed as “out.”

Will the Nets survive without two of their stars, or will the Bucks take advantage of the situation and secure their third straight victory?