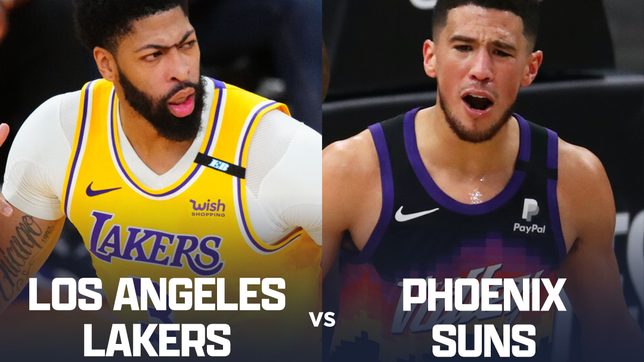 Facebook Twitter Copy URL
Copied
The Lakers own the momentum as the series shifts to Los Angeles, but expect the Suns to again spark new fires from their young guns

The Los Angeles Lakers gave a stern reminder why they are the defending NBA champions after beating the Phoenix Suns in Game 2, 109-102, for a 1-1 series tie.

Anthony Davis cranked up the aggression after a pitiful 13-point Game 1, and finished with a Game 2-high 34 points on a staggering 18-of-21 clip from the free-throw line, plus 10 rebounds, 7 assists, and 3 blocks.

LeBron James, ever the clutch playoff performer, chipped in 23 points, including a game-sealing three-pointer for the 103-94 lead with less than a minute left in regulation.

This newfound Laker momentum came at the worst time for the Suns, who are now feeling the effects of floor general Chris Paul’s shoulder “stinger” injury he suffered in Game 1.

Although backup guard Cam Payne erupted for a playoff career-high 19 points in Game 2, concerns are still high in Phoenix as Paul only managed to play 7 second-half minutes, 22 overall, in that close loss.

If the “Point God” is unable to play at full health as the series shifts to Los Angeles for Games 3 and 4, the full burden of the offense will be shifted back to All-Star Devin Booker, and rising star big man DeAndre Ayton.

As a silver lining of hope for Suns fans, Booker is not shying away from the playoff spotlight in his debut series, and neither is Ayton, who is now shooting 21-of-24 for the series so far.

Regardless of Paul’s health status moving forward, the upstart Suns have proven to be more than capable of holding their own against the champions’ battered chemistry recovering from regular season injury troubles.

Will the Lakers translate their road win to much-needed home court momentum, or will the Suns continue to spark new fires from their young guns?