Facebook Twitter Copy URL
Copied
As the Hawks try to extend their Cinderella run, the Bucks look to wrap it up and clinch their first finals appearance in 47 years

No Greek Freak, no problem.

The Milwaukee Bucks proved in their pivotal 123-112 Game 5 Eastern Conference finals win against the Atlanta Hawks that their strength is not wholly defined by the production of superstar Giannis Antetokounmpo.

As the two-time MVP rested his hyperextended left knee and became Milwaukee’s most overqualified cheerleader, the rest of the Bucks stepped up big time in his absence with elite all-around performances.

Big man Brook Lopez filled the gaping hole left in the paint, and reminded the world why he is the Brooklyn Nets’ all-time leading scorer with a playoff career-high 33 points on a near-perfect 14-of-18 clip. 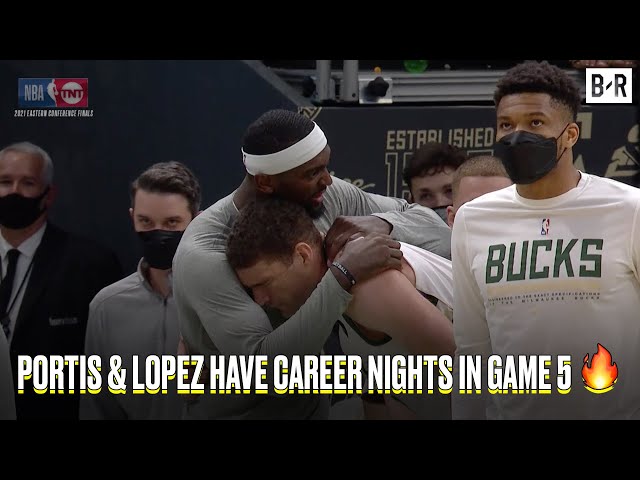 Meanwhile, Team USA Olympians Khris Middleton and Jrue Holiday proved why they are the perfect backups to their fallen leader with impressive stat lines, as well.

On the other end, it is now or never for the anticipated return of flashy star guard Trae Young, who has sat out the last two games due to a right ankle tweak.

With Young being closer to a return than Antetokounmpo, the Hawks need to take advantage of their final series home game on Saturday, July 3 (Sunday, July 4, 8:30 am, Manila time), as the rest of the Hawks look helpless at times without their top facilitator.

Bogdan Bogdanovic, Danilo Gallinari, and stand-in starter Lou Williams have chipped in adequately in his absence, but Atlanta simply needs a full roster in this do-or-die Game 6, no matter how good the supporting cast can perform.

Regardless of whom the Phoenix Suns face in the NBA Finals, this Eastern Conference finals series will meet an end of historic proportions.

Will the Bucks land the finishing blow and clinch their first finals appearance in 47 years, or will the Hawks extend their Cinderella run for the chance to end a 60-year finals drought?