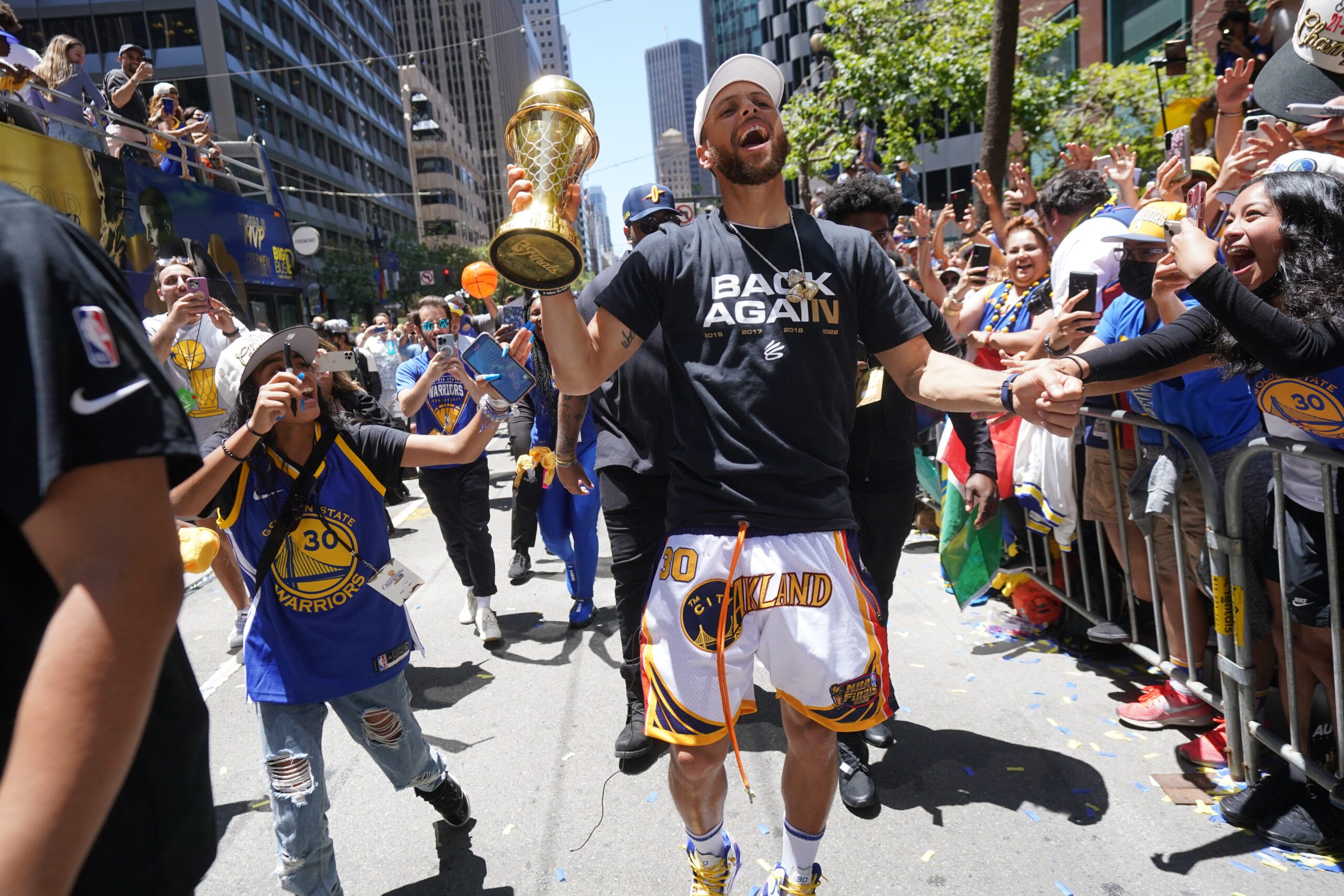 Facebook Twitter Copy URL
Copied
'What are they gonna say now?' Steph Curry and the rest of the Golden State Warriors celebrate a hard-earned NBA Championship with their loyal Bay Area fans in San Francisco

The players, who beat the Boston Celtics 4-2 for the title, basked in the adoration of the crowd with several of them leaving their buses to embrace delirious “Dubs” fans under sunny skies clouded only by blasts of confetti.

“This one is the sweetest,” a champagne-soaked Draymond Green told Reuters as he took a break from the festivities to pick up an ice cream sundae.

After finishing with the worst record in the league in 2020 and missing the playoffs last season, few experts thought the Warriors and their aging core would reach the pinnacle again.

But led by sharpshooting guards Steph Curry and Klay Thompson, emotional leader Green, and a stellar supporting cast, the team got healthy in time for the playoffs, and rolled from there to claim the franchise’s seventh title overall.

The team has clearly relished proving the doubters wrong.

“What they gonna say now?” Curry, who took home Finals MVP honors, tweeted alongside a photo of him with an armful of trophies and a cigar in his mouth atop his parade bus.

“When we started camp, I thought we could be pretty good, but I didn’t know we could win the whole thing,” said Kerr, who has five championships as a player and four as the Warriors coach.

“So to be sitting here enjoying the parade today and feeling the love of the whole Bay Area, it’s pretty incredible.”

Now that the pressure is off, Green said he had just one plan for the summer.

“Chill. Worldwide chill,” he said with a smile. – Rappler.com