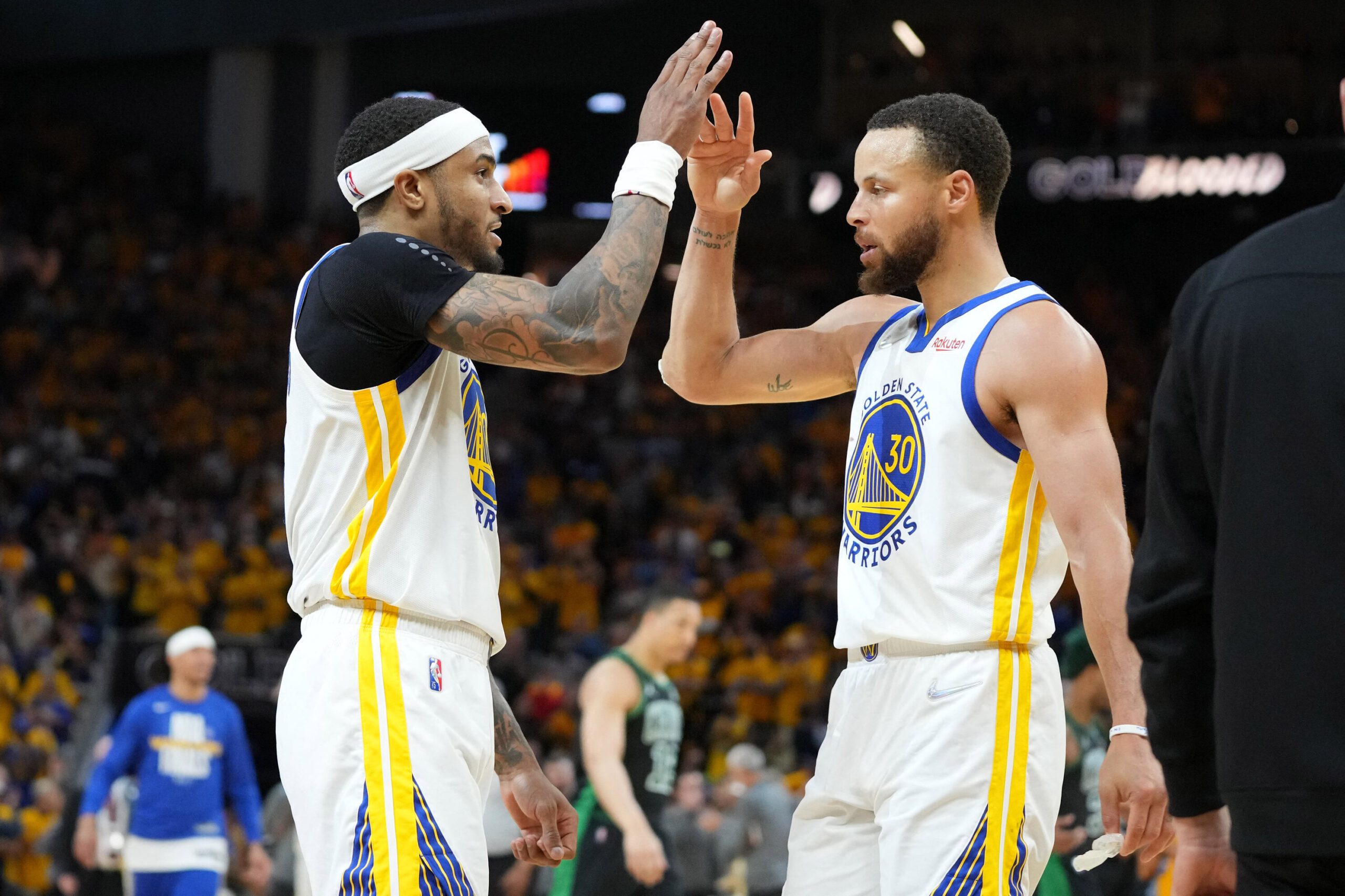 Facebook Twitter Copy URL
Copied
‘He’s going to be livid going into Game 6 and that’s exactly what we need,’ says Draymond Green of Stephen Curry as the Warriors look to bag the NBA crown over the Celtics in six games

The best way to describe Stephen Curry’s shooting in Game 5 of the Finals is “miserable.” The Golden State Warriors star got a few open looks and some of his usual tough shots from outside. However, try as he might, the usually automatic sniper from deep just couldn’t make a shot from the outside. Curry would finish the game shooting 0-of-9 from three: ridiculously rare numbers for him.

After the game, Warriors teammate Draymond Green was asked about Stephen Curry’s off-night from deep. Green, who has teamed up with Curry for his entire career, told the reporters that he was going to be ‘livid’… and that’s the best-case scenario for the Dubs heading into Game 6. (via Sean Cunningham)

“He was 0/9 from three (tonight) and he’s going to be livid going into Game 6 and that’s exactly what we need.”

One did not need to be a psychologist to see that Curry himself was frustrated with his struggles during the game. The Warriors star had a couple of open looks that would usually be money for him. It was bizarre to see the greatest shooter of all-time brink a bunch of threes that he usually hits.

A few years ago, this kind of off-shooting night would’ve completely taken Stephen Curry out of the game. However, this is not the same old Curry. The Warriors star still found a way to contribute, using his deadly slashing game and his playmaking to influence the win.

It also helped that Curry’s supporting cast decided to show up in Game 5 to eke out the win. Andrew Wiggins, Jordan Poole, Draymond Green, and Gary Payton II helped out in the waning moments to help secure the victory for the squad. Now, they head into a hostile Boston crowd holding a crucial 3-2 lead in the series. – Rappler.com