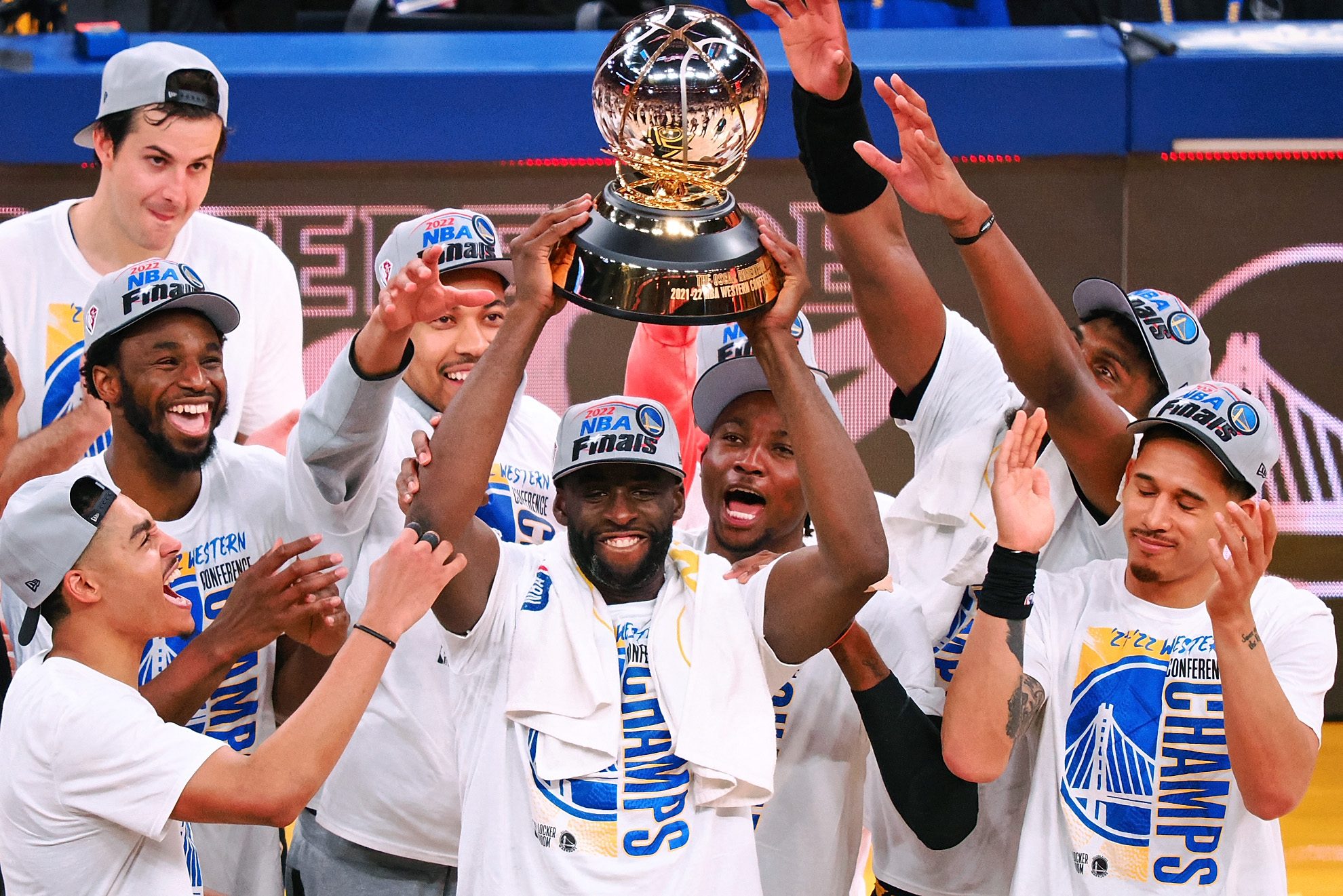 WEST WINNERS. Draymond Green (center) and the Warriors celebrate after winning Game 5 of the Western Conference finals against the Mavericks.

The Golden State Warriors are on top of the Western Conference again. After missing the playoffs for two straight years, the Dubs are back to their winning ways. They eliminated the Dallas Mavericks in five games, setting up an opportunity to win their first title in over four years.

Naturally, Warriors fans are looking at the other side of the bracket to see who they’re going to face in the Finals. For what it’s worth, Draymond Green made his choice on who he thinks they’ll be facing in the Finals: the Celtics.

The Heat and the Celtics are embroiled in a brutal series filled with injuries and sloppy play. Jayson Tatum and the Cs currently hold a 3-2 series lead against the Heat. If they successfully eliminate Miami in Game 6, that will set up a Finals date against the Warriors come June.

Is that a good thing for the Warriors? Based on their regular-season series, probably not. Judging by their regular-season matchups, the Celtics are the tougher draw for Curry and co. (1-1 vs. Boston, 2-0 vs. Miami). However, this playoff series has unlocked a ton of possibilities for Steve Kerr. He has more tools in his bag now to play with, so to speak.

No matter who the Warriors face come the Finals, it’s surely not going to be easy. Both the Heat and the Celtics are two tenacious defensive-minded teams. However, if there’s a team that can overcome the defensive titans of the NBA, it’s Golden State. With their beautiful offense, they are well-equipped to deal with either team’s strong D. – Rappler.com