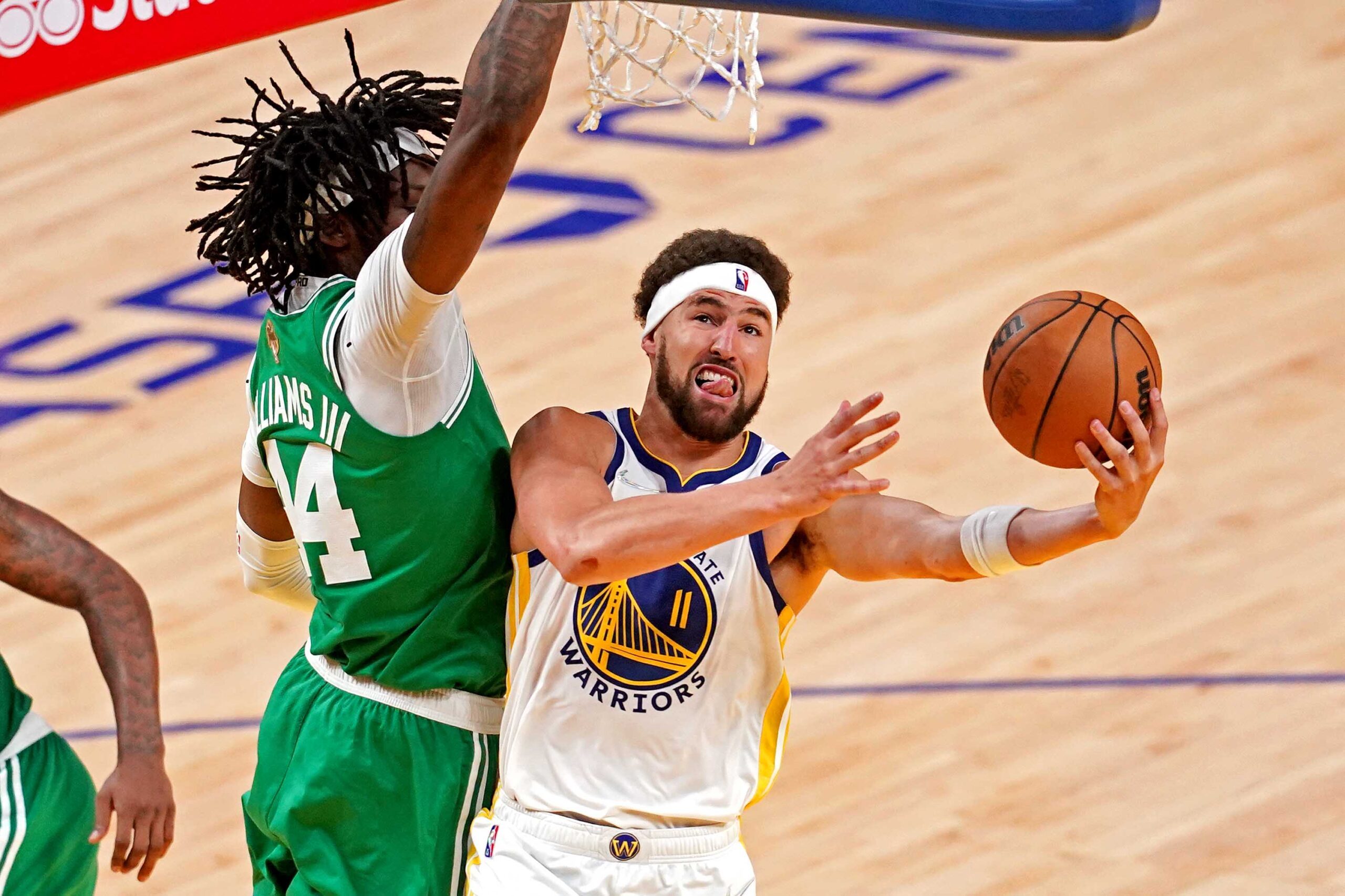 Facebook Twitter Copy URL
Copied
‘I’d rather go down swinging than be gun shy,’ says Warriors sniper Klay Thompson, who has been struggling against the Celtics in the finals series

Golden State Warriors guard Klay Thompson said his poor shooting performance through the first two games of the NBA Finals will not deter him from being aggressive moving forward.

The five-time All-Star is one of the best snipers in league history but has not looked like it so far against the Celtics, going 10-for-33 from the floor and making just 26% of his three-point shots.

“I’ve been through shooting slumps before and it’s all about how you respond,” Thompson told reporters in Boston on Tuesday.

“So come Game 3, I won’t do much differently. I’ll play with great pace and hunt great shots because when I do that, I tend to have a big night,” he said.

“I’d rather go down swinging than be gun shy.”

He added that he would prefer to have an off shooting night like he did in Game 2 and emerge victorious than the other way around. The best-of-seven series is tied at one game apiece following the Warriors 19-point victory on Sunday.

‘Fire with fire’: Celtics look to ratchet up physicality Despite his struggles, the fact Thompson is even playing in the Finals is impressive.

The 32-year-old missed two full seasons with leg injuries and some doubted the triumvirate of Thompson, Stephen Curry, and Draymond Green would get a chance to contend for a fourth championship together.

But after finishing with the worst record in the league in 2020 and missing the playoffs last season, they are back in the Finals for the sixth time in eight years.

The team knows their chances of taking out the less experienced Boston squad will increase dramatically if Thompson can get hot.

Curry said his fellow “Splash Brother” is still brimming with confidence and said it is only a matter of time before he has a big game.

“Keep shooting because that’s the only way you to get yourself out of some rough patches,” Curry said.

“History has shown that he can take it to another level, especially in the playoffs where he likes to make an impact that’s usually really loud.”