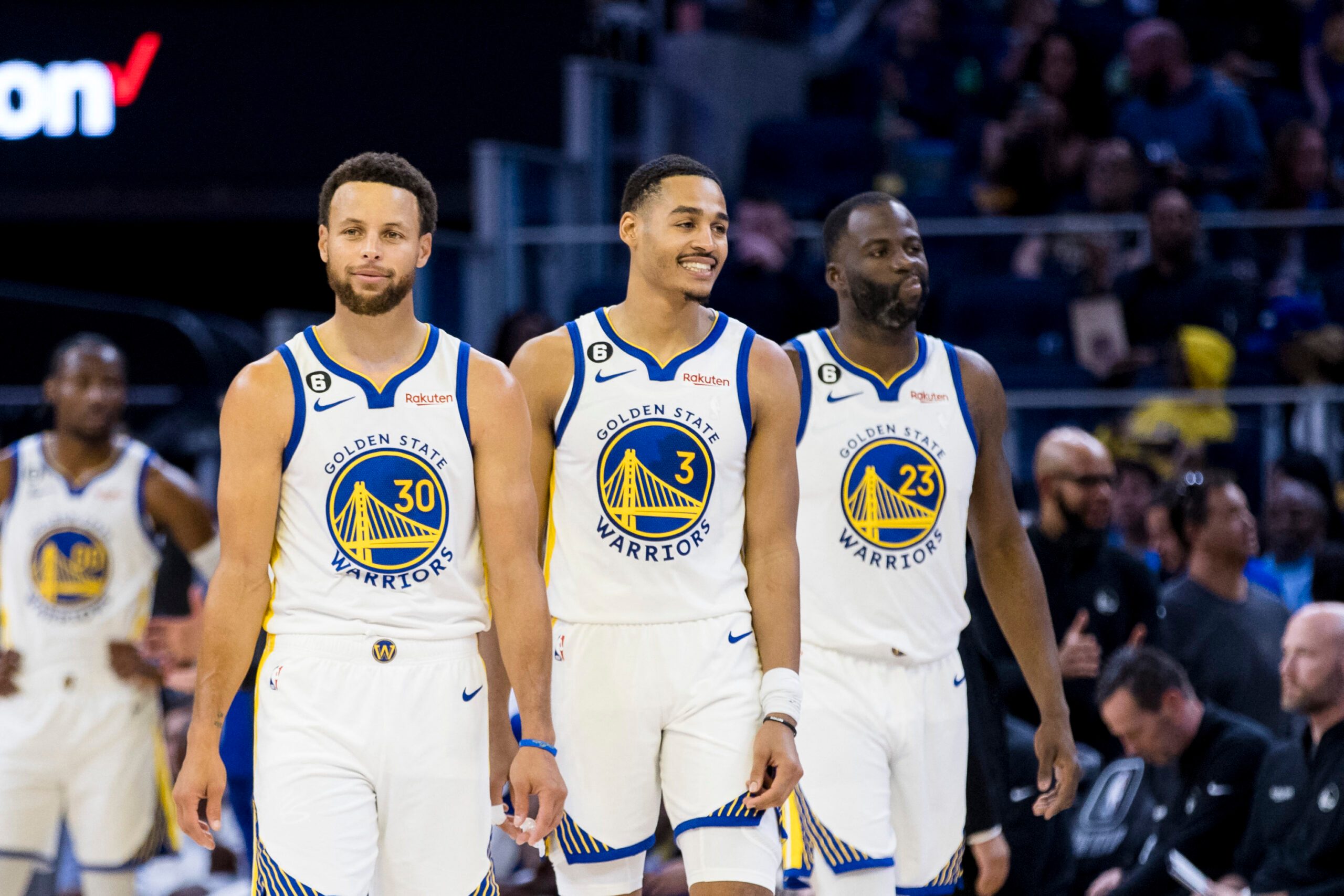 ALL GOOD. Warriors guard Jordan Poole (center) enters the court with stars Stephen Curry and forward Draymond Green in a preseason match against the Nuggets.

The new deal would keep Poole with the defending NBA champions through the 2026-2027 season, his representation CAA Sports told ESPN on Saturday, October 15.

Per ESPN, a formal agreement is expected later on Saturday.

The reported extension comes ahead of Monday’s deadline for members of the 2019 NBA Draft class. It also comes on the heels of teammate Draymond Green’s punch of Poole during a recent practice.

Poole is entering his fourth season after the Warriors selected him with the 28th overall pick in 2019.

Wiggins was slated to enter the final season of a five-year, $147-million deal and scheduled to make $33.6 million in the upcoming season.

The 27-year-old Toronto native could earn up to five years and $143 million based on a player option in the final year of the agreement, his agents told ESPN.

Wiggins was a key cog as the Warriors won the NBA title last season as he fulfilled the hype surrounding him since he was originally a No. 1 overall pick by the Cleveland Cavaliers in 2014 out of Kansas.

Wiggins enjoyed a solid season and was named an All-Star for the first time in his eight-year career. He averaged 17.2 points and 4.5 rebounds in 73 games and made a career-best 157 three-point shots on 39.3% shooting from long distance – also a career best.

In 22 postseason games (all starts), Wiggins averaged 16.5 points and 7.5 rebounds as the Warriors sailed to the title, defeating the Boston Celtics in six games in the NBA Finals. – Rappler.com