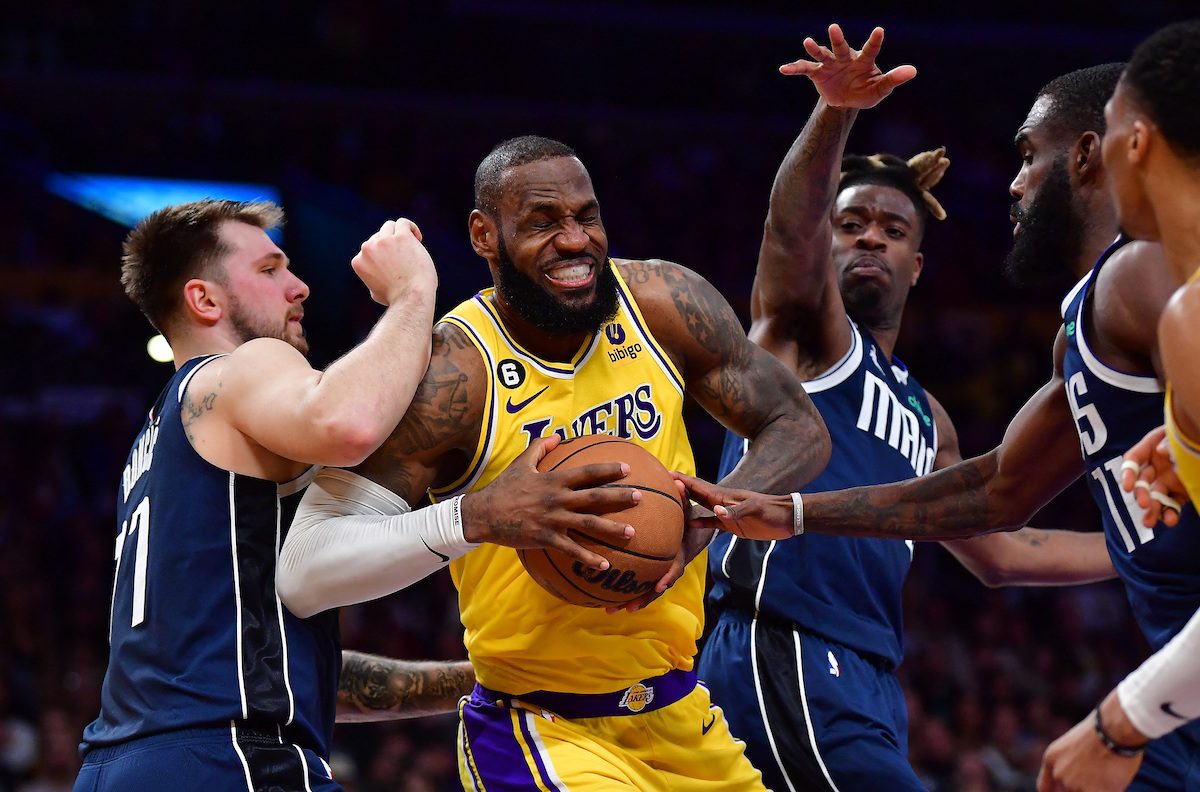 TOUGH LOSS. LeBron James and the Lakers fall to the Mavericks in a game marred by incorrect calls.

Facebook Twitter Copy URL
Copied
The Mavericks beat the Lakers in double overtime, but the NBA says a foul should have been called when LeBron James attempted a game-winning shot in the first extra period

The NBA on Friday, January 13 (Saturday, January 14, Manila time), acknowledged that officials made seven incorrect calls in the final two minutes of regulation and two subsequent overtimes of the Dallas Mavericks’ 119-115 win over the host Los Angeles Lakers on Thursday.

Not among those calls, however, was the one that appeared to infuriate the Lakers the most. Troy Brown launched a three-pointer at the end of regulation and the Mavericks’ Tim Hardaway Jr. hit the ball and Brown’s shooting hand.

According to the NBA’s Last Two Minute Report, the play was officiated correctly because Hardaway “legally contested” the shot. Any “high-five” contact with Brown’s hand was incidental, the report indicated.

One of the incorrect calls went against the Lakers’ LeBron James at the end of the first overtime. As he attempted a game-winning shot with the score tied at 108 and 2.9 seconds to go, James was hit on the arm by Christian Wood before Wood blocked the shot.

Further, the Mavericks’ Luka Doncic should have been assessed a foul after that block for bumping the arm of the Lakers’ Wenyen Gabriel. – Rappler.com