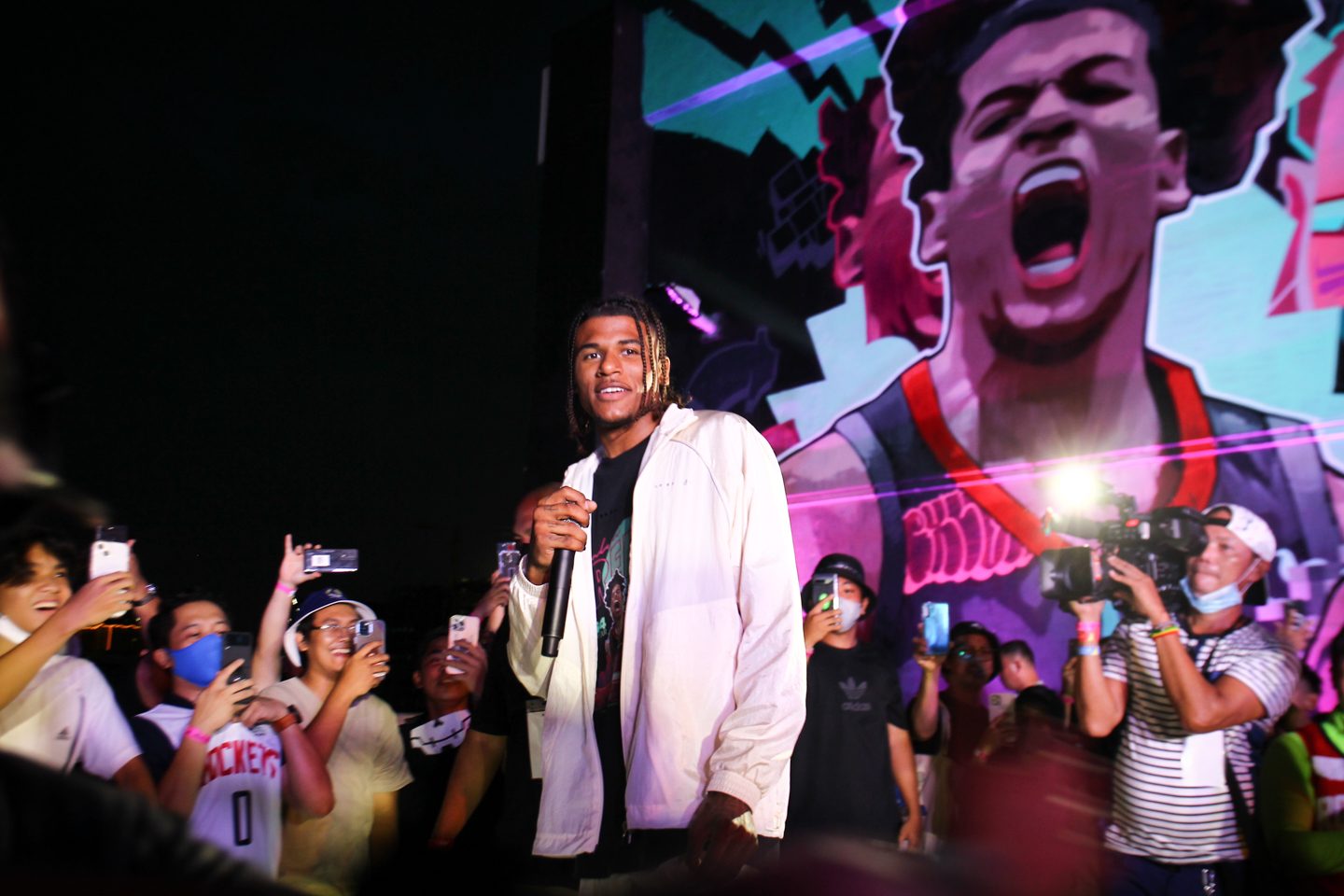 MANILA EXPERIENCE. Jalen Green says his return trip to Manila has been ‘the best.’

MANILA, Philippines – Rising NBA star Jalen Green returned to the Philippines for the first time since getting drafted by the Houston Rockets in 2021, and the Filipino-American looks wholesomely enjoying his stay.

“It feels great to come back as an NBA player,” said Green as he reconnects with the country where his maternal side has family roots..

Green, dressed in a calm and breezy all-gray get-up, was brought in by Adidas as part of the JG4 Manila Tour, which has included art stops, social gatherings, open runs, and press conferences.

The last time he was in Manila was for the NBTC tournament in 2018 where his fame locally grew exponentially.

“I just come out here, get so much love, so much attention, and so many gifts. It’s really a blessing,” said Green in a media junket on Friday, August 12.

Like most Philippine guests – although it would seem fine for Green to already call this country home, given the mutual admiration – he has been enamored by the different food options.

“The food, I love the food. Yesterday, I had chicken balls, they were pretty fire. I had some barbecue skewers. Those were fire, too. I haven’t had chicken adobo yet but I’ll probably get that soon.”

Green isn’t concerned about eating too much, since putting on weight is one of his offseason tasks following a stellar rookie season with the Rockets.

“The food is amazing. I can’t complain about the food. Any good food is good food.”

Green, whose mother Bree Purganan traces her roots to Ilocos Sur, “loves representing the Filipinos” in the NBA.

Despite typically being shorter and less athletic than counterparts from across the globe, there’s room for Filipinos to thrive in the biggest basketball league of the world, Green believes.

“Anybody can get into the NBA. All around the world, it’s a worldwide league. You just have to put your mind into it, stick to the grind, don’t lose yourself in it because you have a tough day or you feel nothing’s going your way,” he said passionately.

“That’s the moments you got to live for – the days you feel like you’re struggling or nothing’s going your way, you got to capitalize on that. Just stay in the lab and work.”

That last sentence is what Green believes homegrown talent Kai Sotto will do as he follows his own unique journey. After going unselected in the 2022 NBA Draft, the former Ateneo Blue Eaglet decided to play for a second straight season with the Adelaide 36ers in Australia’s National Basketball League (NBL).

“He’s just on a different journey right now. Everyone has their own path. This is his story and he’s going to make it what he wants to. I think he loves the game and wants to get to the league (NBA) so I think he’s going to achieve it.” – Rappler.com