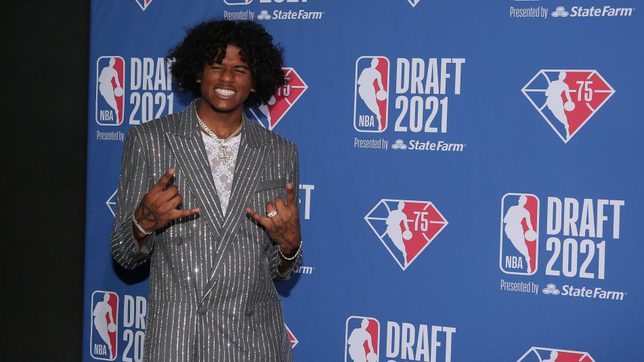 TEEN SENSATION. Jalen Green arrives on the red carpet before the 2021 NBA Draft at Barclays Center.

Facebook Twitter Copy URL
Copied
‘The Philippines loves me for [being] me. So, I'm just going to keep being myself,’ says Fil-Am NBA draftee Jalen Green

In the world of sports, there are only a handful of pairings, if any at all, that stay as strong as Filipinos and basketball.

In the 2021 NBA Draft, that time-tested partnership just got tighter as Fil-Am star Jalen Green headed to the Houston Rockets as the second overall pick.

Even though his Filipino blood goes as far back as his great-grandfather who hailed from Ilocos Sur, Green himself has never shied away from professing his love for his heritage, even after reaching the biggest stage that basketball has to offer.

“Man, I’m always excited to represent the Philippines. So, the fact that there are ties in Houston, it’s kind of like it was scripted. So, I’m excited to take that out there, just represent and put on [a show] for the Philippines,” he said shortly after getting drafted.

Green became the highest-drafted player with Filipino descent since Raymond Townsend was picked 22nd overall by the Golden State Warriors way back in 1978.

Since that time, only one other Pinoy has stepped foot into the NBA, and he just so happened to be one that Green is most looking forward to facing, Utah Jazz spark plug Jordan Clarkson.

Just how excited is he for that future match up with the reigning Sixth Man of the Year? Well, the way he answered the question was pretty much a dead giveaway.

Just like Clarkson, Green made a name for himself in his short stint with NBA G League Ignite as he lit up professional teams’ defenses with his silky smooth offensive repertoire. 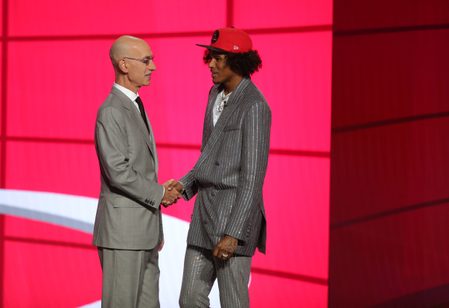 Now with the offense-heavy Rockets, he is expected to fit in seamlessly into that role of lighting up momentum and pace with thunderous dunks and long pull-up threes.

Green is by no means a pure-blooded Pinoy. He cannot speak Filipino, nor is he even eligible to represent the Philippines in international competitions.

But the one thing he shares with his fellowmen, other than his rabid love for the game, of course, is his pride in recognizing where he came from, no matter what heights his talents may take him to.

“The Philippines loves me for [being] me. So, I’m just going to keep being myself. I’m going to keep working hard, and stay in the gym,” he said.

“It’s not really a responsibility, it’s the game I love, and they support me, so I just can’t wait to get out there and just put on [a show] for them. I’m excited.”