James Harden ready for ‘opportunity of a lifetime’ with Sixers 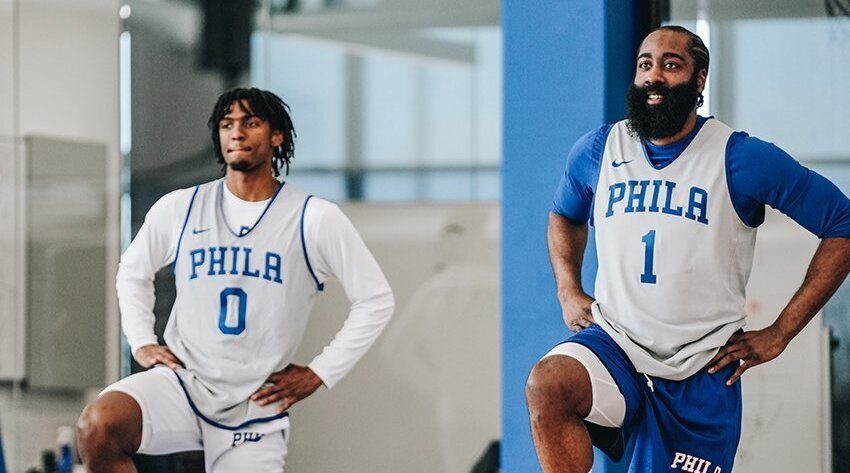 James Harden said he’s excited to play for the Philadelphia 76ers, who represent his third team in a 14-month span.

During that stretch, Harden ventured from the Houston Rockets to the Brooklyn Nets before the latter traded him to the 76ers on Thursday.

The 32-year-old guard joined veteran forward Paul Millsap in being acquired by Philadelphia for guards Ben Simmons and Seth Curry, center Andre Drummond, and a pair of first-round picks.

“Fourteen months ago, I didn’t see myself with three different teams, but we are where we are here today and I’m happy. Last year has been a lot of ups and downs, a lot of stress, but whatever, that’s in the past. I’m excited, I’m healthy, and it’s an opportunity of a lifetime.”

That opportunity includes playing with star center Joel Embiid, who is averaging an NBA-best 29.5 points per game entering play on Tuesday.

“I think we complement each other,” Harden said of Embiid. “Obviously, the whole world knows how great Joel’s been playing. Not just scoring the basketball, rebounding, he got a triple-double last game, his presence alone is unbelievable. I feel like I’m the same way as far as making my teammates better and doing different things to impact the game at the highest level.”

When asked if he could elevate the 76ers to a championship this season, Harden didn’t even wait for the question to be completed.

Harden has been nursing a strained left hamstring and hasn’t played since February 2. The 76ers said he will continue his treatment and an update on his status will be given after the All-Star break.