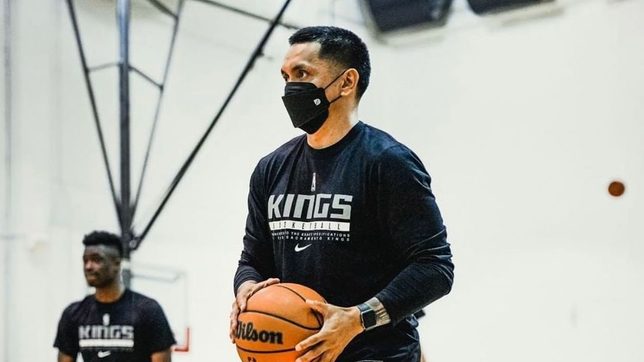 OPPORTUNITY. Jimmy Alapag looks to be a part of the Kings' coaching staff under Luke Walton for the upcoming NBA season.

Jimmy Alapag added another title to his long list of accolades on Tuesday, August 17 (Wednesday, August 18, Manila time), after the Sacramento Kings took down the Boston Celtics, 100-67, in the NBA Summer League championship game at the Thomas & Mack Center in Las Vegas.

This is only Alapag’s second stint with the Kings in the Summer League after first joining the team in 2019.

Championship game MVP Louis King finished with 21 points, 5 steals, and 3 rebounds, while Jahmi’us Ramsey added 16 points and 3 boards for the Kings, who wrapped up their Summer League campaign with a perfect 5-0 record.

Carsen Edwards topscored for the Celtics with 15 points, while Aaron Nesmith chipped in 12 markers in the loss.

The former Gilas Pilipinas standout Alapag, who is now based in California, is looking to be part of the Kings’ coaching staff under Luke Walton for the 2021-2022 NBA season, which is set to begin on October 19. – Rappler.com