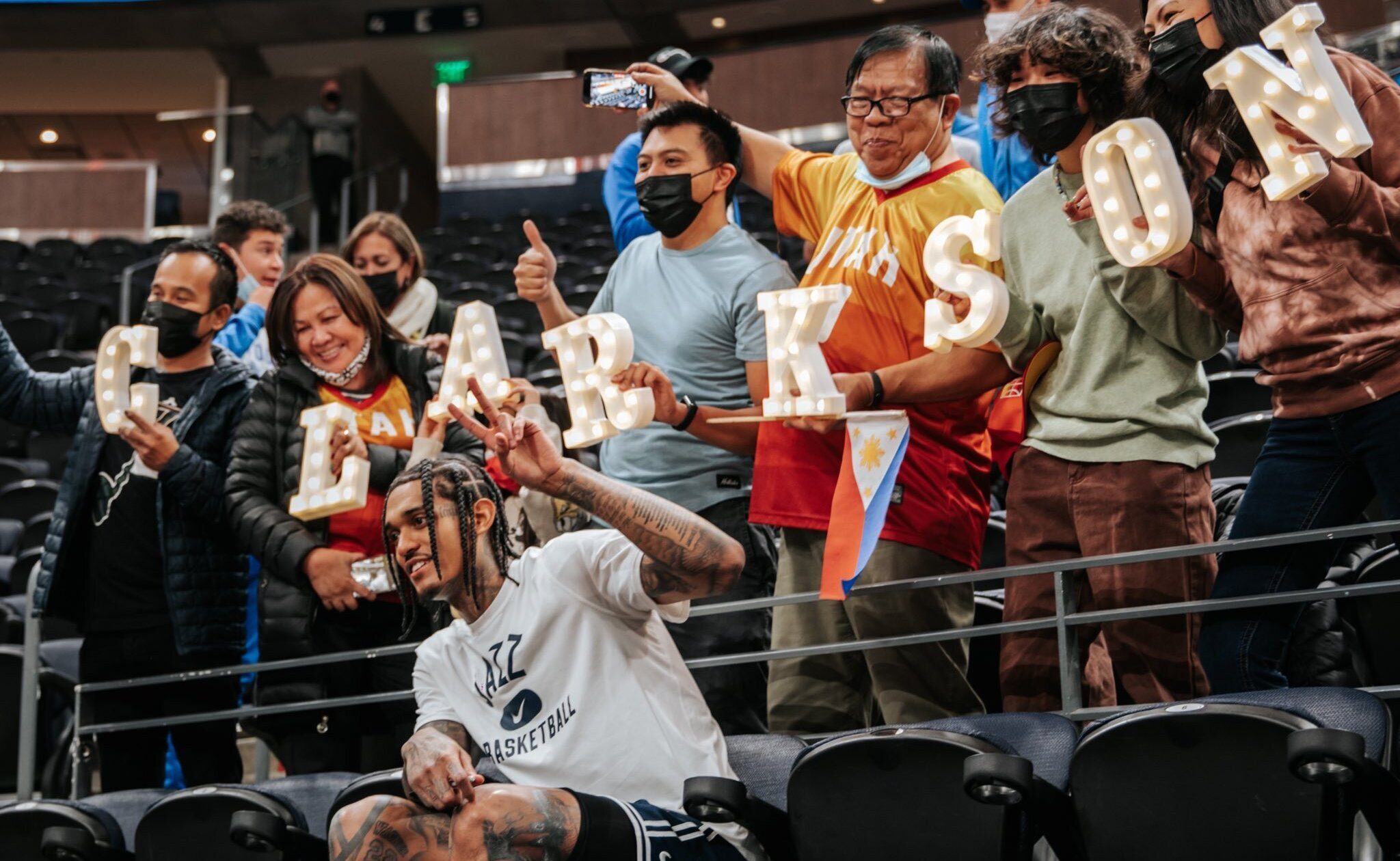 MANILA, Philippines – Filipino-American NBA stalwarts Jordan Clarkson and Jalen Green met up for the second time this season as the Utah Jazz hosted the Houston Rockets for “Filipino Night: A Celebration of Culture and Tradition” on Wednesday, January 19 (Thursday, January 20, Manila time).

Filipino fans lucky enough to be at the Vivint Arena in Utah for the day got a chance to see the reigning Sixth Man of the Year up close for some autographs and pictures.

Both Clarkson and Green, donning similar braided hairstyles, also got together for a quick embrace and chat before tipoff.

Then at halftime, the Utah Gracie Lou Cultural Dance Group performed the Batangueno Sublian dance and the Tinikling, the national dance of the Philippines.

While the Jazz prepared well off the court for Filipino Night, the Rockets in turn had better in-game preparations as they escaped Salt Lake City with a stunning 116-111 win.

Green, the second overall pick in this season’s draft, got overshadowed by his veteran teammates, and finished with just 7 points on 3-of-13 shooting and 5 rebounds in under 23 minutes.

Six Rockets breached double-digit scoring ahead of their prized rookie, led by sniper Garrison Mathews’ 23 points off the bench on 5-of-9 shooting from three.

Clarkson likewise led the bench mob on the losing end with 19 markers, 4 boards, and 4 assists in 29 minutes.

Grab kicks like those of your idols! adidas has plenty of deals – just don’t forget to use these coupon codes!