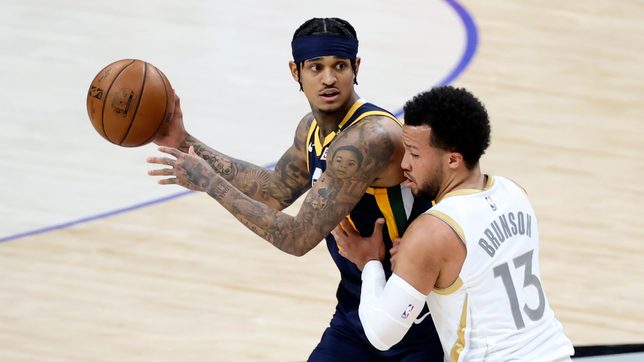 “Happy Birthday dude! Saw the poster on the Jumbotron was 🔥!,” wrote Clarkson, the top candidate for the NBA’s Sixth Man of the Year award this season.

“Got to drive back down for a game once I’m back healthy, Tickets???,” he added.

Apparently, the young Jazz fan named Krew, who drew a poster of Clarkson with “6th man” written on top, drove over 6 hours along with his father just to see his idol Clarkson in action.

Unfortunately, Clarkson did not suit up in the Jazz’s 122-103 victory over the Portland Trail Blazers on Friday, Manila time, due to a right ankle sprain.

“Drove down over 6 hours to see @JordanClarksons play, he is the reason my son Krew wanted to go to a Jazz game for his Birthday! My son drew this poster and was so excited to see the #🔥thrower! So sad he didn’t get to see him,” wrote the father of Krew.

Clarkson, who is still doubtful for tomorrow’s game against the Sacramento Kings, has been shooting the lights out for the league-leading Jazz this season, averaging 17.2 points, 3.9 rebounds, and 2.2 assists off the bench.

Earlier this week, the sharpshooting guard Clarkson also took the time to give a shoutout to his former Los Angeles Lakers teammate Jeremy Lin, who lauded Clarkson for his stellar play this season, as well as the basketball loving Filipino fans. – Rappler.com