NEW GOAL. Kai Sotto keeps his focus on training for the NBL in Australia.

Much was said about Kai Sotto’s controversial parting of ways from the NBA G League Ignite, but not a word came from the man himself as he retreated from the public spotlight while training in the US.

It took almost two months, but the 7-foot-3 wunderkind finally opened up about the issue on Wednesday, April 21.

“It’s a little tough with all that happened. After that, I was really happy that the people around me helped me stay on my path, and keep focusing,” he said after also revealing that he was ineligible for the 2021 NBA Draft, after all.

(Other players may have already given up from all the challenges and problems. I just tried not to think about it. I just continued to do what’s best for me. I worked and motivated myself.) Given that Sotto is the Philippines’ best chance to be the first-ever full-blooded Filipino player in the NBA, many fans were upset that his most direct path to the big league fizzled away without any playing time to show for it.

Fingers were then pointed at his handlers, East West Private, for letting him go home to train with Gilas Pilipinas in the middle of the G League season despite the possibility of pandemic-driven changes in schedule.

While his most recent national team stint indeed failed to work out, Sotto still defended his handlers, and thanked them for finding him a new pro league opportunity with the Australian NBL and the Adelaide 36ers.

“East West Private, they do an unbelievable job supporting him and providing him the avenue that I think is going to lead to a great professional future,” said Sotto’s agent Joel Bell. 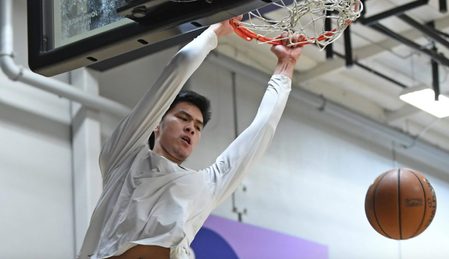 Given all the roadblocks he has had to face in the last few months of his professional career, the 19-year-old Sotto is just thankful for his support system who always has his back through thick and thin.

(My family, especially my mom, became more vocal with me. Meanwhile, my dad is always dependable. But it’s my mom who gave the strength, and told me, ‘Kai, just stay strong. [Hardships] happen to all people, especially to you with the path you’re on.’)

Sotto’s path to the NBA may have taken a slight detour for now, but the road ahead is still clear for the next steps to be taken.

That kind of journey, after all, is a marathon, not a sprint. – Rappler.com