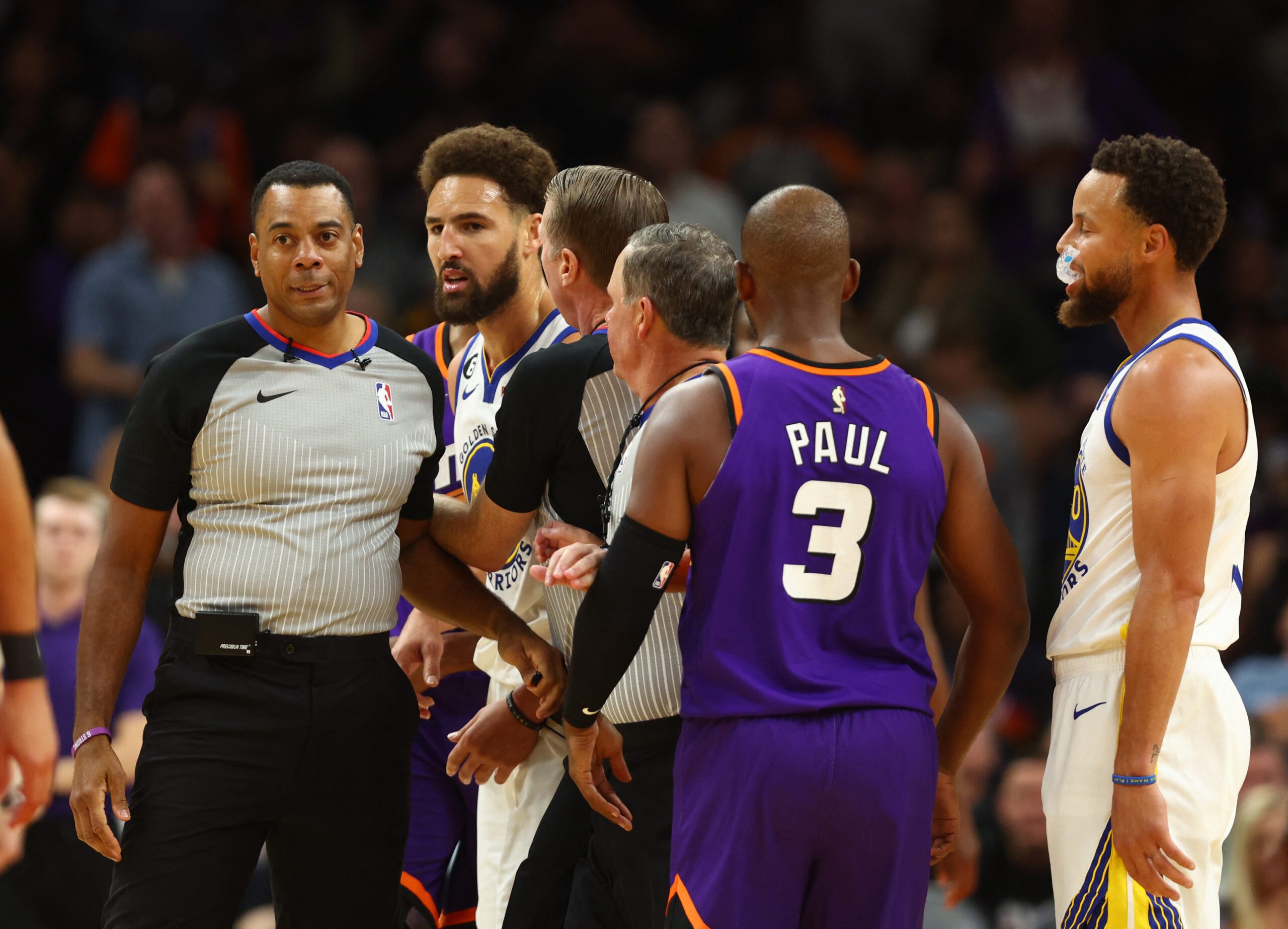 THROWN OUT. Warriors guard Klay Thompson (second from left) is held back by referees after being ejected from the game against the Suns.

Facebook Twitter Copy URL
Copied
‘It’s funny, I love competing against Devin and I have a lot of respect for him,’ says Klay Thompson days after his first career ejection following a heated spat with Devin Booker

Golden State Warriors fans witnessed something they don’t normally see earlier this week – an angry Klay Thompson. The mild-mannered Splash Brother was animated in a heated confrontation against Devin Booker that eventually got him ejected in their loss to the Phoenix Suns on Tuesday.

Thompson didn’t speak to reporters after the game, but everyone knew the question was coming once he took the mic for their next postgame presser after Thursday’s game against the Miami Heat.

“First ejection of my career. Didn’t go into the game planning on that, but it happened,” admitted Klay Thompson.

“Sometimes our emotions get the best of us. It’s funny, I love competing against Devin and I have a lot of respect for him. I mean, just a couple of guys going at it.”

His initial sentiments echoed Devin Booker’s message after their viral moment, exhibiting nothing but respect for his fellow shooting guard.

Thompson spoke out on one moment that solidified their bond years back, one that goes much deeper than one on-court encounter.

“You know what, he was one of the first people to text me when I tore my Achilles and said, ‘the shooting guard battle won’t be the same’. I got a lot of respect for him when he did that. That meant a lot to me,” Thompson continued.

The competitive fire on the court is alive and well between both Western Conference All-Stars. But the appreciation for one another transcends the game of basketball. – Rappler.com