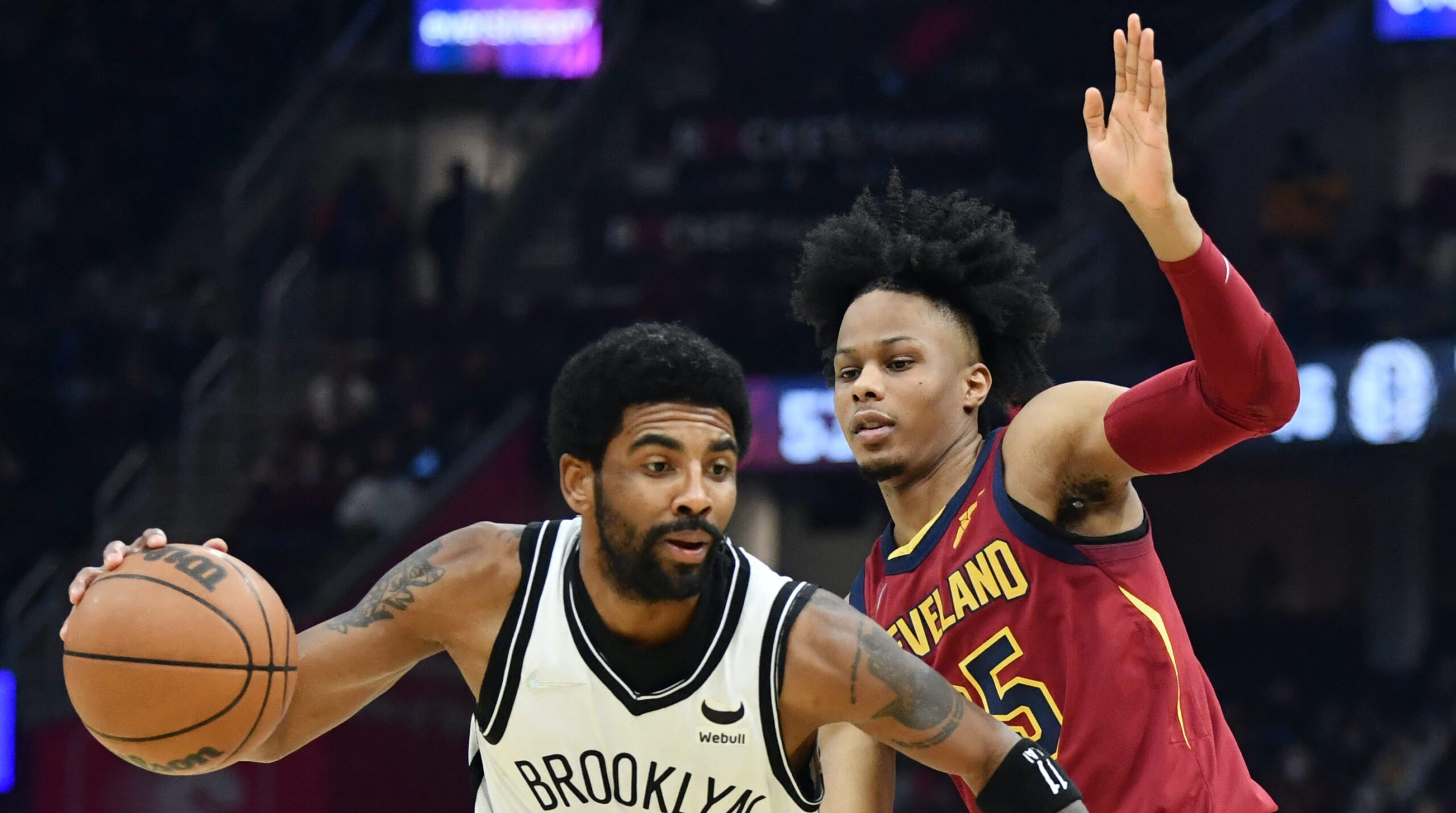 ANTI-VAXX. Kyrie Irving remains firm on his stance not to get vaccinated even though it affects his basketball career.

Facebook Twitter Copy URL
Copied
'You're bringing my vaccination status into a basketball game, and I live my life, the majority of the time, when I'm away from this,' says Irving

Brooklyn Nets star Kyrie Irving doubled down on his decision not to get vaccinated against COVID-19 in postgame comments Monday, January 17 cutting down any possibility that he might return to Nets home games in New York before season’s end.

The Nets said Sunday, January 16, that an MRI on Kevin Durant’s left knee revealed a sprained MCL, with no timetable for his return. As long as Irving remains unvaccinated, he cannot play at Barclays Center due to New York’s vaccine ordinance, which leaves Brooklyn without two-thirds of its big three for home games for the foreseeable future.

But those circumstances will not sway Irving to change his mind, he said.

“Kev’s going to heal, Kev’s going to be OK, and we’re going to have to deal with that as his teammates,” Irving told reporters. “But in terms of where I am with my life outside of this, I stay rooted in my decision. And that’s just what it is.

“It’s not going to be swayed just because of one thing in this NBA life. That somehow it’s brought to my attention as being more important than what’s going on in the real world. It’s just not happening for me.”

As it stands, Irving cannot play in home games, at the New York Knicks or at the Toronto Raptors due to vaccine mandates for indoor public places. San Francisco, where the Golden State Warriors play, has a similar rule in place but includes an exemption for visiting players who aren’t vaccinated. The Nets pay a visit to the Warriors on January 29.

Since Irving returned to the Nets on a part-time basis, fans and media have wondered what might happen when the Nets reach the playoffs and the stakes are higher. But Irving argued Monday that he is more than a basketball player.

“You’re bringing my vaccination status into a basketball game, and I live my life, the majority of the time, when I’m away from this,” Irving said. “So when I say I’m not getting vaccinated and I’m making a choice with my life, somehow it gets mixed into, ‘Well, what about the basketball?’ When it’s like, no, bro. We live in a real world. It’s great to be able to do this. I’m grateful for the opportunity. I love being with my teammates. I love playing on the Nets, but I’ve already been away enough time to think about this, to process it, to be able to make this decision, stand strong, understand that people are gonna agree and some people are gonna disagree.” – Rappler.com