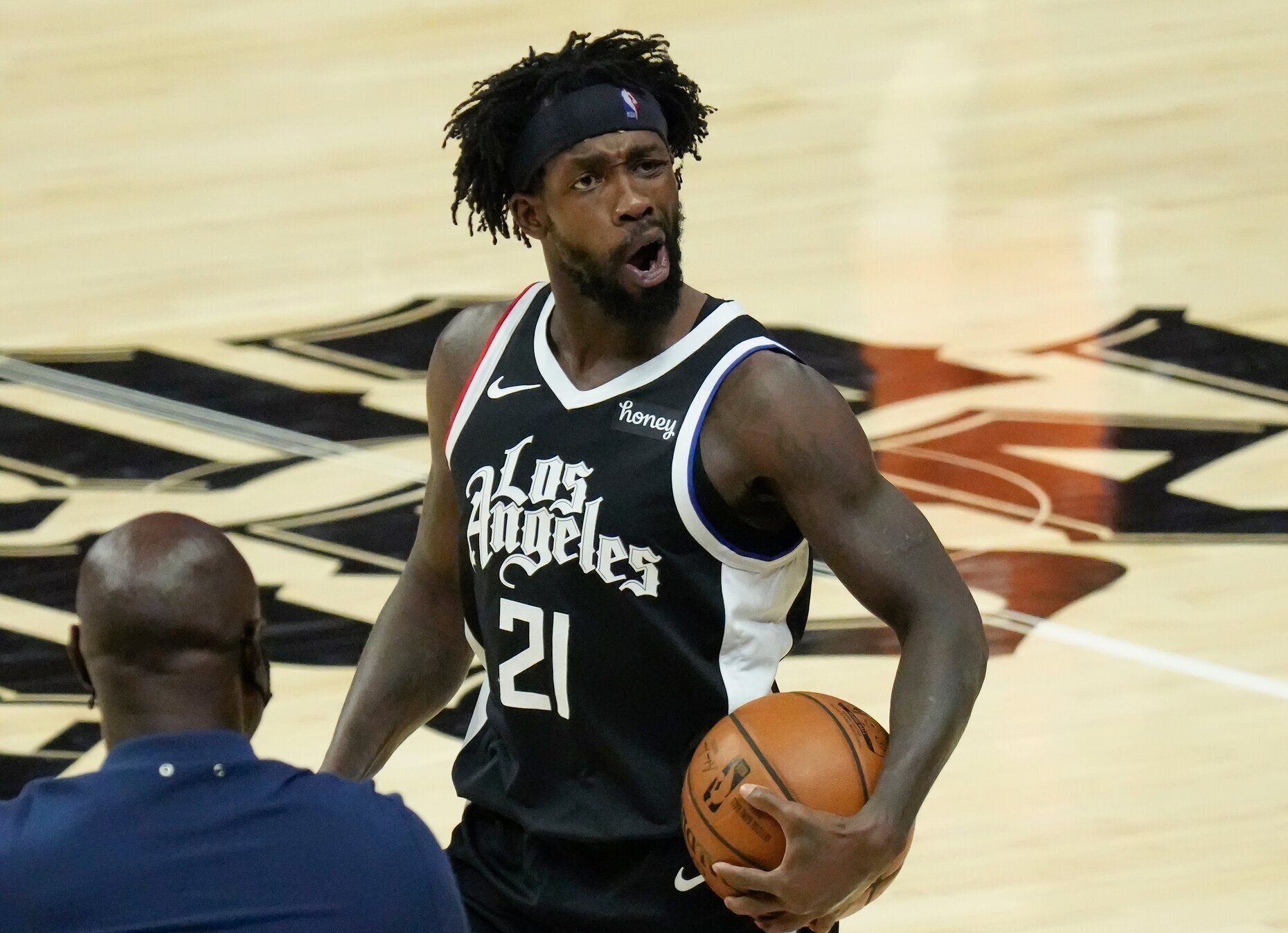 ON THE MOVE. Patrick Beverley gets traded again just a month after getting shipped to the Jazz.

Facebook Twitter Copy URL
Copied
In a straight-up swap, the Lakers beef up with three-time All-Defensive Team member Patrick Beverley from the Jazz in exchange for Talen Horton-Tucker and Stanley Johnson

The Los Angeles Lakers reportedly are set to add some defensive steel.

Patrick Beverley, a three-time All-Defensive Team honoree, will be dealt from the Utah Jazz to the Lakers in exchange for Talen Horton-Tucker, ESPN and The Athletic reported Wednesday night, August 24.

According to ESPN, Stanley Johnson is also headed to Utah.

The swap would send Beverley back to the club that selected him in the second round of the 2009 draft out of Arkansas. Beverley never played for the Lakers, as his rights were immediately dealt to the Heat, but he didn’t play for Miami either.

The 6-foot-1 guard opened his pro career with teams in Ukraine, Greece, and Russia.

Beverley finally reached the NBA in January 2013 with the Rockets, and he spent five seasons in Houston. Four seasons with the Los Angeles Clippers followed before Beverley spent last season with the Minnesota Timberwolves.

Last month, he was dealt to the Jazz in the trade that sent center Rudy Gobert to Minnesota.

Horton-Tucker, a 21-year-old guard, has played three NBA seasons, all with the Lakers. He averaged 10 points, 3.2 rebounds, and 2.7 assists last season, better than his career norms of 9.3 points, 2.8 rebounds and 2.6 assists.

Johnson, a 26-year-old forward, would be headed for his fifth NBA franchise. In his lone season in Los Angeles, he put up 6.7 points and 3.2 assists. He owns career marks of 6.3 points and 3.1 assists. – Rappler.com