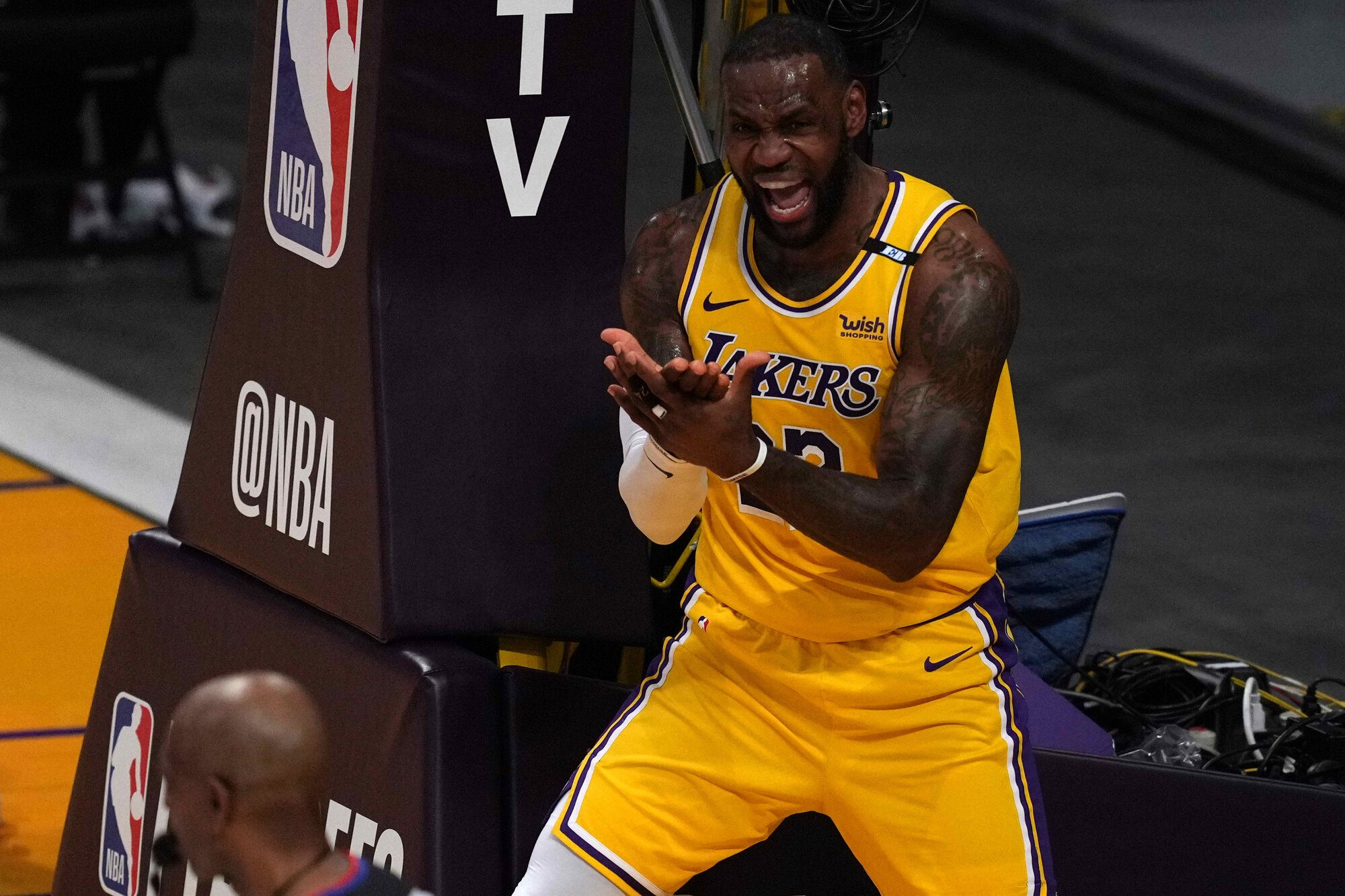 EARLY EXIT. LeBron James gets the boot in the first round for the first time in his career.

Facebook Twitter Copy URL
Copied
‘The one thing that bothers me more than anything is we never got an opportunity to see our team at full strength because of injury, because of COVID,’ says LeBron James

The Los Angeles Lakers failed in their NBA title defense due to a series of injuries that derailed their campaign, LeBron James said after the Phoenix Suns knocked them out of the Western Conference playoffs in the first round.

The Lakers went into the playoffs as the seventh seed but were expected to make a deep run with James and fellow All-Star Anthony Davis back from ankle and groin injuries respectively, but Davis lasted less than six minutes on Thursday. (READ: Lakers star Anthony Davis starts, leaves Game 6)

Suns guard Devin Booker scored 47 points in a 113-100 win to take the series, 4-2, with James suffering elimination in the first round of the playoffs for the first time in his career.

“The one thing that bothers me more than anything is we never got an opportunity to see our team at full strength because of injury, because of COVID or because of something going on with our ball club this year,” James told reporters.

“We could never fully get into a rhythm and never see the full potential of what we were capable of. We obviously fell short of our goal but we tried to do everything to be as good as we could be under the circumstances.”

James, 36, missed a chunk of the end of the regular season due to an ankle sprain and he said the last 18 months, which included a long stay in the NBA bubble last season, had been “mentally, physically, spiritually and emotionally draining.”

“Every team has to deal with it obviously but us and (last year’s finalists) Miami, going the long haul in the bubble and then coming right back short notice to this season, it’s been very draining,” he added.

A three-times Olympic medalist, including two golds in 2008 and 2012, James hinted he would not be playing for the US at the Tokyo Games. Instead, he promoted his movie Space Jam: A New Legacy that is set for a July release.

“Nah, I think I’m going to play for the Tune Squad this summer instead of the Olympics,” he said with a grin. – Rappler.com