LeBron’s Lakers are the NBA’s best, but not unbeatable 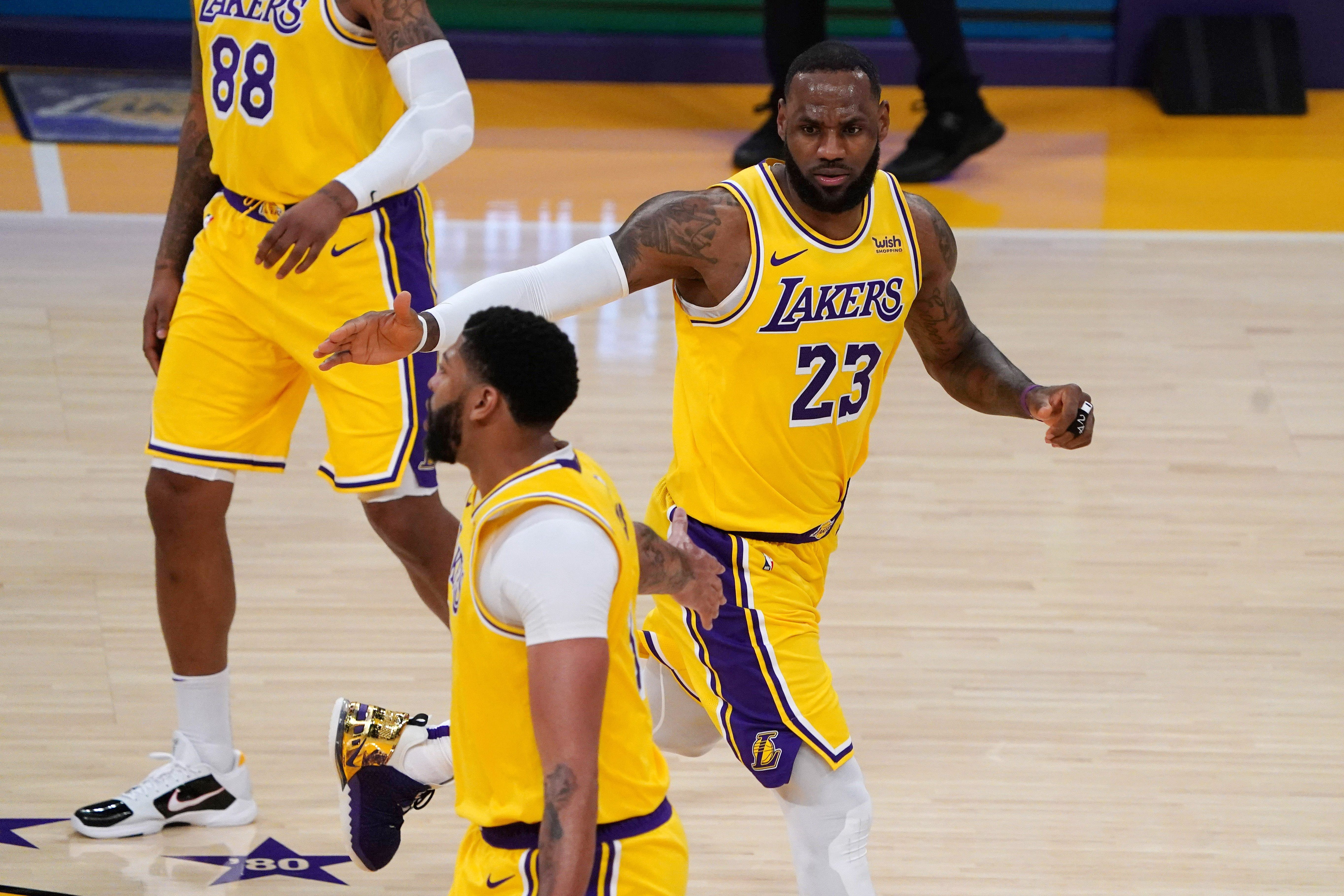 HOT START. LeBron James and Anthony Davis power the Lakers to a league-best record early in the season.

Facebook Twitter Copy URL
Copied
The Lakers may have been strengthened by their explosive new acquisitions, but what remains a mystery is if these new faces will be adequate enough when it’s most important

In an NBA season that has been uncertain and unpredictable due to COVID-19 protocols, what remains constant is the sensational play of early MVP frontrunner LeBron James, his partner Anthony Davis, and the retooled Los Angeles Lakers.

LA has portrayed the sort of dominance you expect from a defending champion, highlighted by a swagger that’s been strengthened by their explosive new acquisitions.

It’s impressive how quickly Montrezl Harrell, Dennis Schroder, Marc Gasol, and Wes Matthews have acclimated to the Hollywood’s premier basketball setting, although the effectivity of their fit was never truly in question.

What remains a mystery is if these new faces who are playing key rotation minutes will be adequate enough, when it’s most important, to replace the contributions from veterans like Rajon Rondo, Dwight Howard, and Danny Green, who were all key in LA’s bubble run to banner 17.

Each possession in the final minutes of a close game is a slow crawl compared to the fast-and-furious pace of the first 44 minutes. Each dribble, each pass, each shot, and each second has heavier magnitude.

In that regard and using a small sample size, the returns have been fickle.

At their best, the Lakers are an unstoppable force. There is no containing their modern-day showtime display when LeBron is running the break, when Davis is dominating in the paint, when Kyle Kuzma is causing havoc, when KCP is knocking down threes, and when Schroder and Harrell are working the pick-and-roll like a rock-and-roll guitarist works his strings.

They still have the league’s best record at 11-4 and that’s considering their surprising but somewhat fluky 4-4 record at Staples Center. They are 7-0 on the road, the remaining team in the NBA to not lose away from home, and their +10.2-point differential (average points scored – average points given up) is best, ahead by 0.4 points against No. 2 Milwaukee, who they face next.

A team’s ability to win tough games on the road is a telling trait of how far it can reach in the postseason. LeBron’s squads have historically been solid road teams and his current LA club is following suit. This will be enormous when fans return to arenas.

But it’s also fair to question the validity of the victories they’ve amassed. The Lakers are currently 4-2 against playoff teams from last season, but 3 of those wins came against a Houston Rockets franchise which was an absolute disaster prior to the James Harden deal and against an OKC Thunder squad which no longer had Chris Paul. The other triumph was against Luka Doncic’s Mavericks on Christmas, when Kristaps Porzingis was sidelined.

The cross-town rival Clippers and Blazers defeated the Lakers by outplaying them in the final period, which was the same formula another playoff-caliber squad in Golden State used in order to leave the City of Angels with a big dub despite not having Klay Thompson and falling behind by 19 points.

Is this a case of the Lakers beating up on bad teams and underperforming against tougher opposition? Not quite. Defeating the opponents that you’re supposed to is a requirement for a great team.

The standard is higher for the Lakers because they are currently the standing everyone else is attempting to reach. Last season they were the hunters; they are now the hunted. Teams will look to make a statement by defeating them.

Against a team like the Pelicans, who the Lakers caught up to after trailing early, LA’s sheer talent can overwhelm the opposition.

In the blink of an eye, New Orleans watched a lead it worked hard to build crumble down, spearheaded by a collective effort with 6 Lakers scoring in double figures. Youngsters Brandon Ingram and Zion Williamson looked powerless.

But against a team like the Warriors, who are no strangers to being “comeback kids” and winning rings, a little bit of complacency can turn deadly.

“I think it was huge. Every small success throughout the course of a season builds confidence in your group,” Lakers coach Frank Vogel told Rappler of the comeback after winning against the Pelicans.

“It helps our guys build confidence in one another and I thought you saw that tonight, where our group was struggling early on and we needed a lot of different guys to sort of step up and help close that gap. So it was a great team win.”

The following game, the Lakers played too unselfishly down the stretch. Their last few possessions were marred by overpassing which included a travel on LeBron. Caldwell-Pope and Schroder had good looks and passed up on them, a few while mid-air.

Davis was oddly passive. To a degree, so was James, although a wise betting man would wager both would take a more hands-on approach when the games matter more.

And on the other end, Steph Curry invited Davis – a Defensive Player of the Year favorite – to a dance-off. The former MVP won, drilling one of the most beautiful step-back clutch three-pointers following a dazzling array of moves. Golden State also got a break as Draymond Green got away with a travel.

“We didn’t handle what we felt were some bad calls. We let it distract our focus some, and offensively, we’ve been really passing the ball well and trusting the pass, but there were a few possessions where we had great possessions the guy didn’t take the shot because he was thinking one more,” Vogel said post-game.

The Lakers are far from reaching the peak of their powers. LeBron’s teams over the years have improved as the regular season goes on. The fit of the new guys will likely only get better. Familiarity will develop.

And despite their somewhat lackadaisical play, they still had a shot to win the game at the buzzer as LeBron’s go-ahead jumper rimmed out.

As currently constructed, the reigning champs are already a handful to deal with. Overpowering them will only get harder as the weeks pass by.

But invincible, they are not. The Warriors did not think so. Neither will the Bucks, especially when they have the two-time reigning MVP in Giannis Antetokounmpo looking to put his own imprint on the record books.

And the same can be said for those superstars in Brooklyn, who already look unstoppable despite not having Kyrie Irving. James Harden might be an occasional diva, but he can sure play basketball unlike anyone else can when he is on fire.

Kevin Durant is 2-1 all-time against LeBron in the finals. Before he tore his Achilles, many considered him the best player in the world, a title James regained while KD was shelved. Durant looks otherworldly good in his return, and there’s no doubt he considers himself better than James.

The great Ric Flair once said, “to be the man, you’ve got to beat the man.”

The Lakers are still the champs.

But the hunters are circling. – Rappler.com