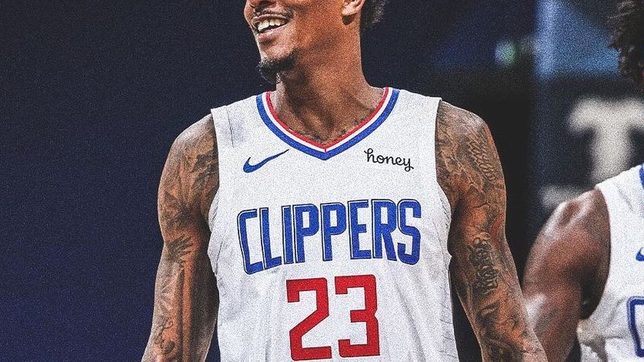 TRADED. Lou Williams parts ways with the Clippers after 4 seasons.

Facebook Twitter Copy URL
Copied
Lou Williams once said he would retire if he were to be traded away from Los Angeles, as it was his wish to finish his NBA career with the Clippers

Atlanta Hawks guard Lou Williams has allayed fans’ fears of his impending retirement and announced his commitment to his new team on social media this Saturday, March 27 after being traded from the Los Angeles Clippers.

“So I thought about retiring yesterday. You give so much to an organization, and you wake up and boom, it’s no more,” he said.

“Then in true Clipper Nation fashion, I was reminded that my talent and contribution was appreciated, and it made me reflect on what’s to come. There’s plenty left in my tank and I’m privileged to continue my career in my backyard. LA, thank you.”

Williams once said that he would retire if he were to be traded away from Los Angeles, as it was his wish to finish his career with the Clippers organization that he has helped lift to multiple playoff appearances in the tough Western Conference.

However, after being traded back to his hometown for Rajon Rondo last Friday, March 26, the 34-year-old scorer has since backtracked and instead committed himself to mentor a young squad bannered by All-Star Trae Young and agile big man John Collins.

Williams already made a pit stop in Atlanta for two seasons from 2012 to 2014 after spending his first 7 years playing for the Philadelphia 76ers, where he was mentored by Hall of Fame super scorer Allen Iverson.

It remains to be seen if the worries of trade talks are now in the past for Williams, as he has seen his averages plummet to just 12.1 points, 3.4 assists, and 2.1 rebounds in 21.9 minutes a game.

Prior to this year, the three-time Sixth Man of the Year and NBA all-time leader in points off the bench blossomed in his time with the Clippers where he had norms of 20.4 points and 5.4 dimes in 219 games with only 28 starts.

He will now boost the playoff hopes of a middling Hawks squad that is just sitting at a 22-22 record prior to the trade deadline. – Rappler.com