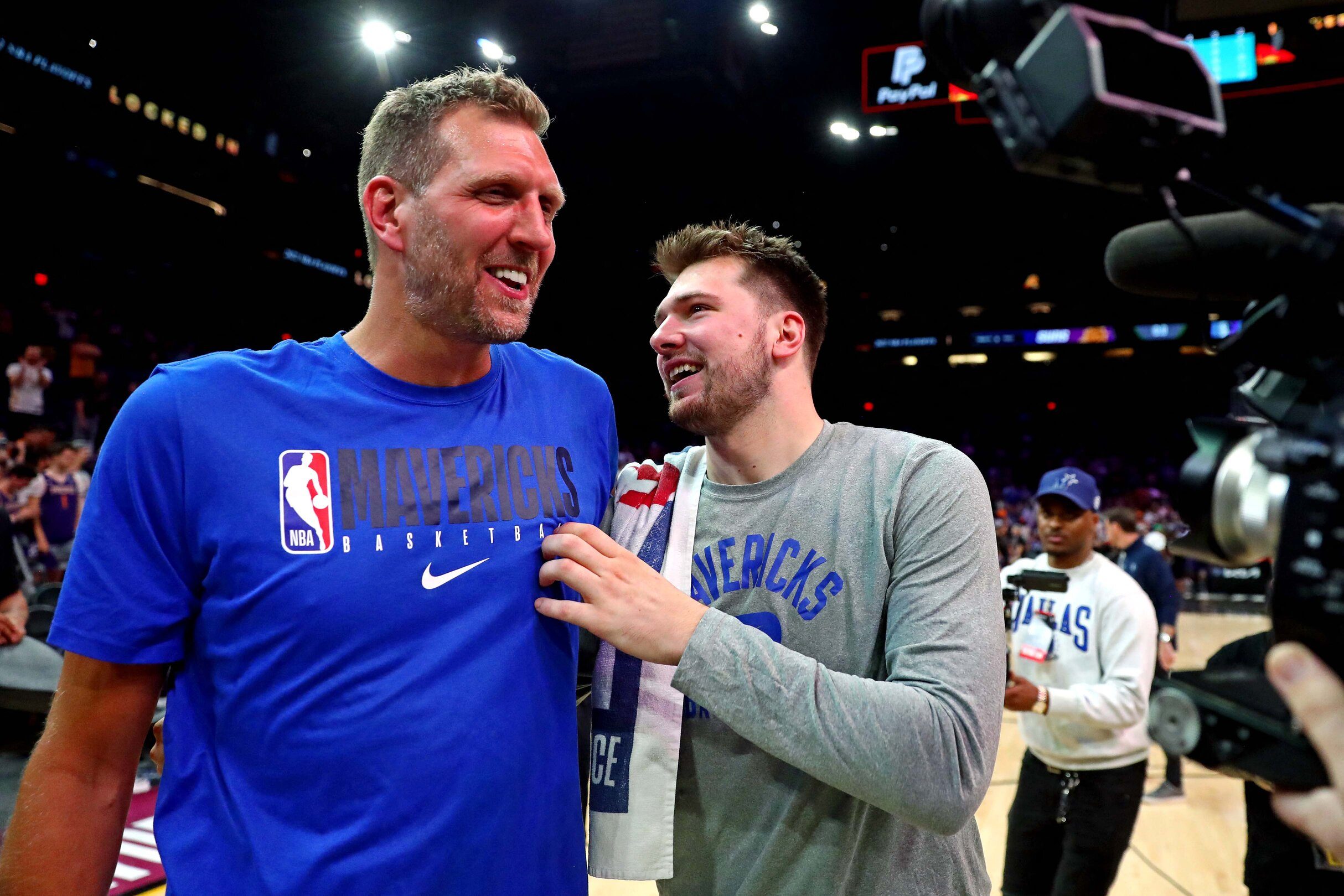 It’s a good time to be a Dallas Mavericks fan. Luka Doncic and Co. put on a performance of epic proportions in Game 7 against the Phoenix Suns and are now headed to the Western Conference Finals.

There’s probably no spectator more ecstatic about the win than Dirk Nowitzki. The Mavs icon was in attendance at Phoenix and made his way onto the court after the final buzzer to share an epic moment with Luka Doncic:

Dirk Nowitzki is no stranger to the big stage. Mavs fans will never forget him acting as a one-man wrecking crew on his way to his first NBA title. He was seen as the underdog then, similar to where Doncic stood heading into the series against the Suns.

Mavs fans can only hope that Luka Doncic can channel the same energy that Dirk Nowitzki had when he shocked the NBA and won it all.

With his side toppling the Phoenix Suns, the best team in the NBA during the regular season, and Giannis Antetokounmpo eliminated, arguably the only player better than Doncic left in the postseason, the path towards at championship doesn’t look so murky for Dallas.

When you have Luka Doncic, anything seems to be within reach. – Rappler.com