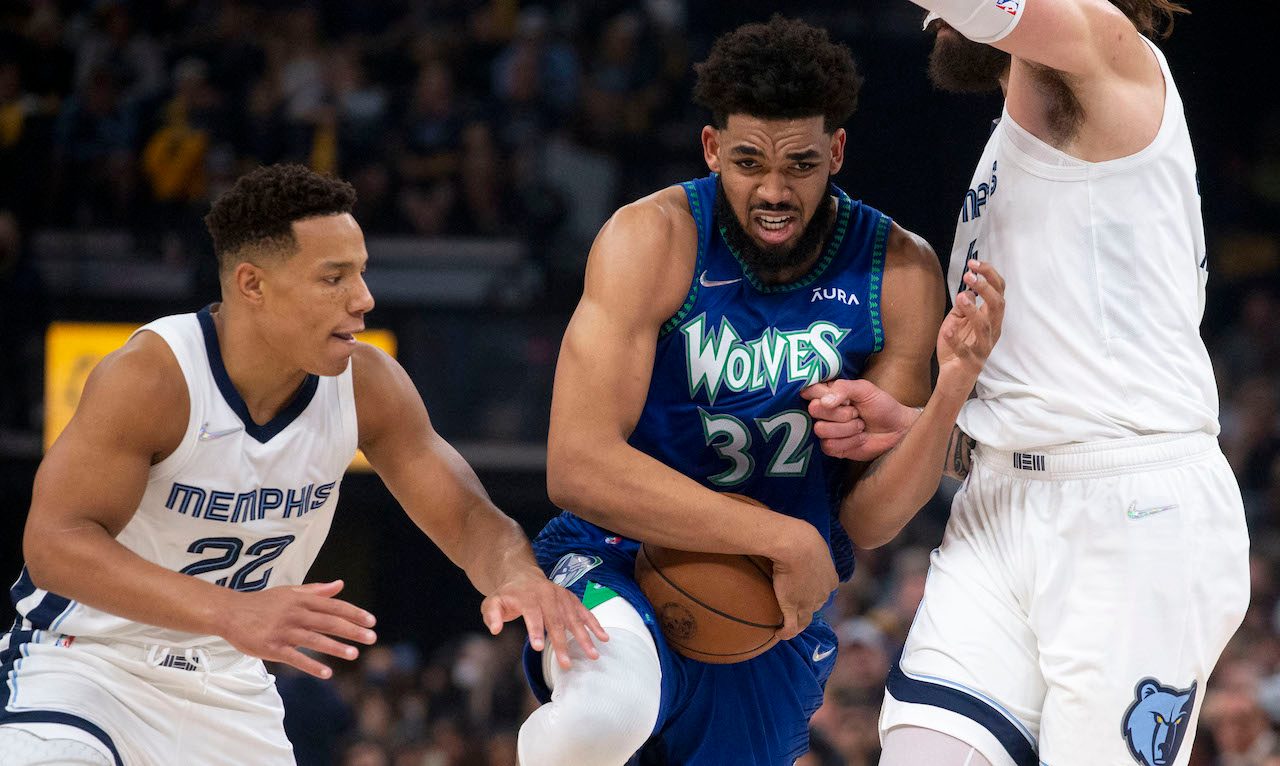 FIRST BLOOD. Karl-Anthony Towns and the Timberwolves prove they are no pushovers in the playoffs.

Minnesota Timberwolves center Karl-Anthony Towns was so ill last week with a throat infection that he was hospitalized on bed rest for days, ESPN reported.

The infection also caused Towns, 26, to have trouble breathing, and he told the media that he had only been cleared to walk two days earlier, when he attended a team event.

“I’m still recovering, I’m still getting better,” Towns told reporters in Minneapolis. “There was more drastic things to worry about than basketball (during the illness).”

He said the illness, reportedly not related to COVID, caused him to drop to 231 pounds, down from his listed weight of 248.

Towns is now traveling with the team but will not be ready for their preseason opener against the Heat in Miami, according to Timberwolves coach Chris Finch.

Towns had a busy offseason. In May, he received stem cell treatment and platelet-rich plasma injections in his left ankle, left wrist, right finger and both knees in an attempt to avoid surgery. He also committed to the Timberwolves for the next five seasons by signing a four-year, $224 million contract extension.

In seven seasons with Minnesota, he has career averages of 23.2 points, 11.3 rebounds, and 1.4 blocks per game. – Rappler.com