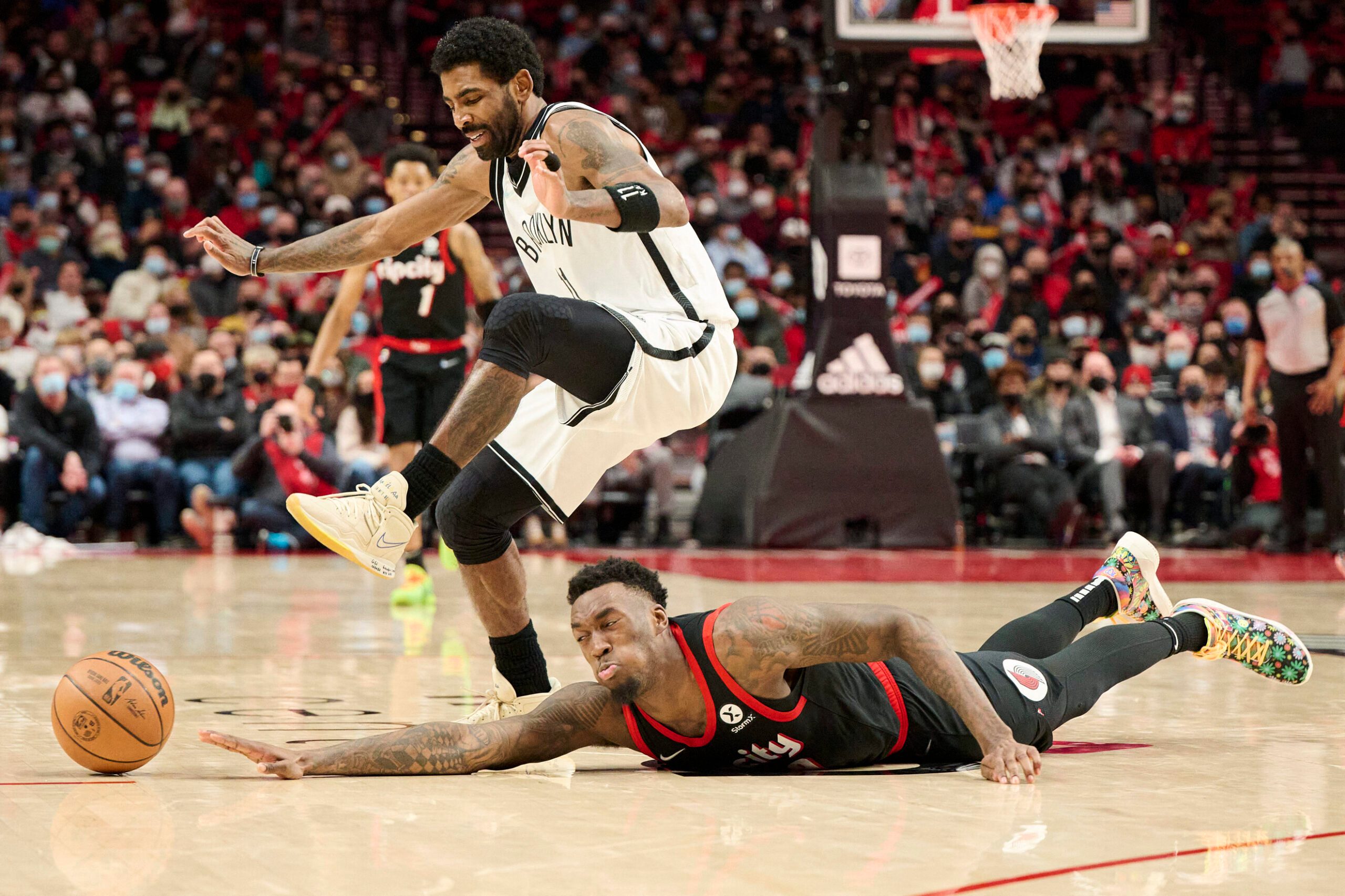 Facebook Twitter Copy URL
Copied
‘Like that's just not a good play for basketball, I coulda broke my ankle or done something worse; there's just no place in our game for it,’ says Nets star Kyrie Irving

The play in question occurred in the fourth quarter of Monday night’s game between the two teams, won by Portland.

In pursuit of a loose ball near the sideline, Little trailed Irving, who was slowing down near the sideline. Little dove to tap the ball and deflect it off of Irving, and rolled up on Irving’s left ankle. The ball ended up out of bounds as Irving lay in pain on the sideline.

Irving remained in the game, but clearly was annoyed with Little based on his postgame comments.

“It’s just one of those bad plays, ya know?” Irving said. “I tried to get out of the way but I just felt like that was just … it was unnecessary, you know? Like, for him to dive that far away to the ball. I was just trying to get out the way. But just an unnecessary play.

“I get Nassir (Little) wants to go for the ball, but just like, bro, it’s just a bad play. Like that’s just not a good play for basketball, I coulda broke my ankle or done something worse; there’s just no place in our game for it,” Irving added.

Little was having none of it Tuesday.

“I would never hurt someone on purpose, I have the utmost respect for Kyrie! But y’all are delusional if you think this is a bad play, and id do it again,” Little tweeted.

Irving, who finished with 22 points, 8 rebounds, and 4 assists against the Blazers, was listed as questionable to play Wednesday night against the Chicago Bulls.