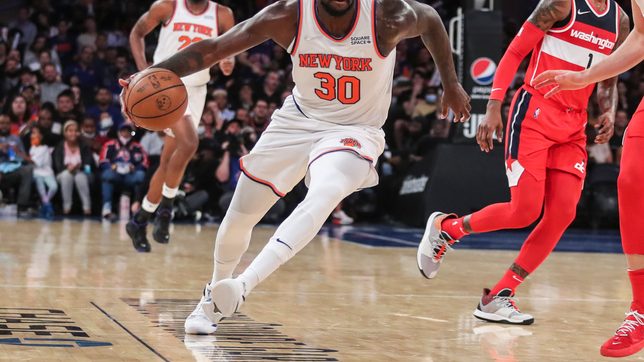 VALUE. The New York Knicks have just one playoff series victory since 2000 and last won an NBA title in 1973.

The New York Knicks are the NBA’s most valuable team for a seventh consecutive year, according to the annual list published by Forbes on Monday, October 18.

It marked the first time since Forbes began tracking the finances of NBA teams in 1998 that three franchises were worth $5 billion each.

Despite the COVID-19 pandemic that kept fans from attending games for most of the 2020-21 NBA season, the average team value rose 13% to $2.48 billion due to record sponsorship revenue and high expectations for the league’s next media rights deal.

The reigning NBA champion Milwaukee Bucks were 17th on the list with a value of $1.9 billion, up 17% from last year. – Rappler.com