Next NBA season to tip off on October 19 – report 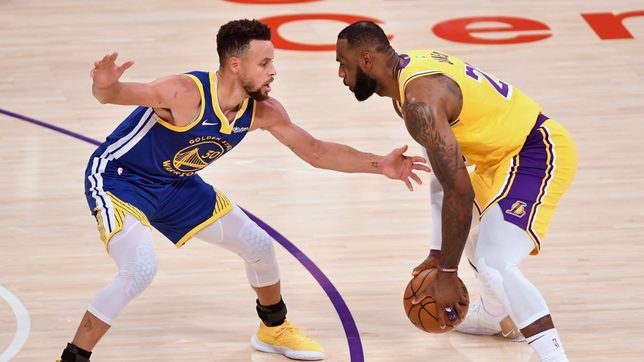 STAR POWER. Steph Curry's Warriors (left)) and LeBron James' Lakers return among the favorites even after their teams' early exit.

After two seasons that were either interrupted or delayed due to the coronavirus pandemic, the NBA is reportedly returning to a more traditional schedule.

The 2021-2022 NBA regular season will start on October 19, with teams opening training camp on September 28, according to The Athletic.

The 2022 NBA playoffs will begin on April 16, and the Finals will start on June 2 and continue as late as June 19, if necessary.

This season, which began on December 22, could end as late as July 22. The start of this season was pushed back after the 2019-2020 NBA season was stopped and eventually resumed following the onset of the pandemic. – Rappler.com