No blame game as Heat fail to close out Celtics 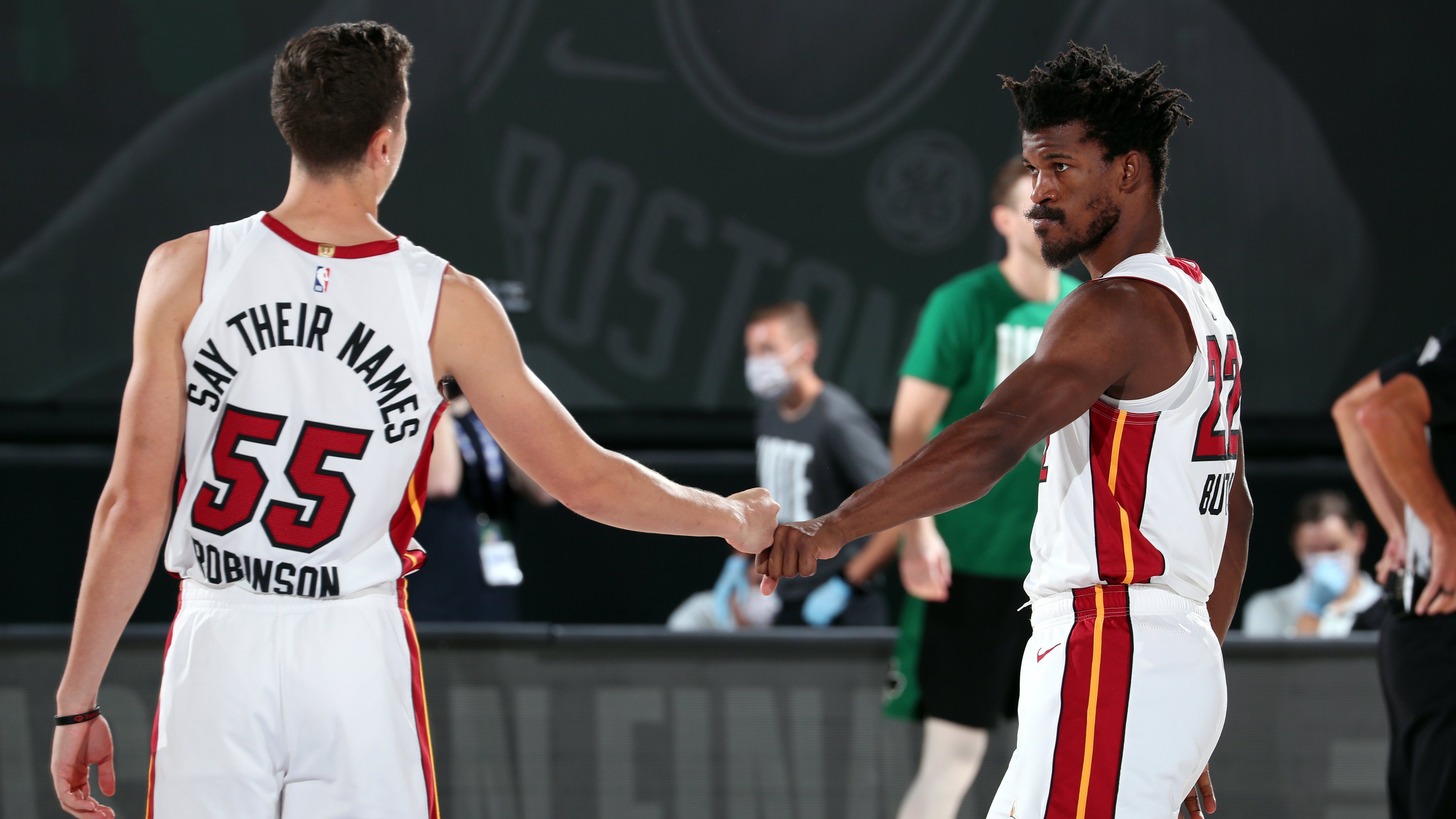 Jimmy Butler said no one should be pointing fingers – not even at themselves – as the Miami Heat failed to close out the Boston Celtics in Game 5 of the NBA Eastern Conference finals.

This came after Heat big man Bam Adebayo shouldered the blame, saying he felt like “I let my teammates down.”

Adebayo finished with 13 points, his lowest after averaging 21.5 points in the first 4 games of the conference finals, and 8 rebounds, his lowest since pulling down 6 rebounds in Game 1 against the Celtics.

“It is on everybody. He does so much for us that it could feel like that at times, but it is definitely not on him,” Butler said.

“For him to say that, I respect that, I love him for it. But he cannot do it by himself, we got to be there with him.”

“It is on us as a whole. We all understand that because nobody was playing the way that we were supposed to play, the way we have to play in order for us to win,” Butler added.

Up 3-1 in the best-of-seven duel, the Heat had the Celtics on the edge of elimination after leading 26-18 in the maiden quarter and 58-51 at halftime.

But Jayson Tatum and Jaylen Brown rewrote the script in the second half as the Celtics outscored the Heat 70-50 – 41-25 in a fiery third-quarter turnaround – to cruise to the 121-108 win.

“All year long, we said that it needs to start on the defensive end. I think we did that okay in the first two quarters,” Butler said.

“After that, it was all downhill.”

One win away from the NBA Finals, Butler vowed the Heat will be laser-focused as they try to finish the job in Game 6.

“We were not on the same page a lot of times. We’ll be ready to go and come back better and get ready to get the win.” – Rappler.com