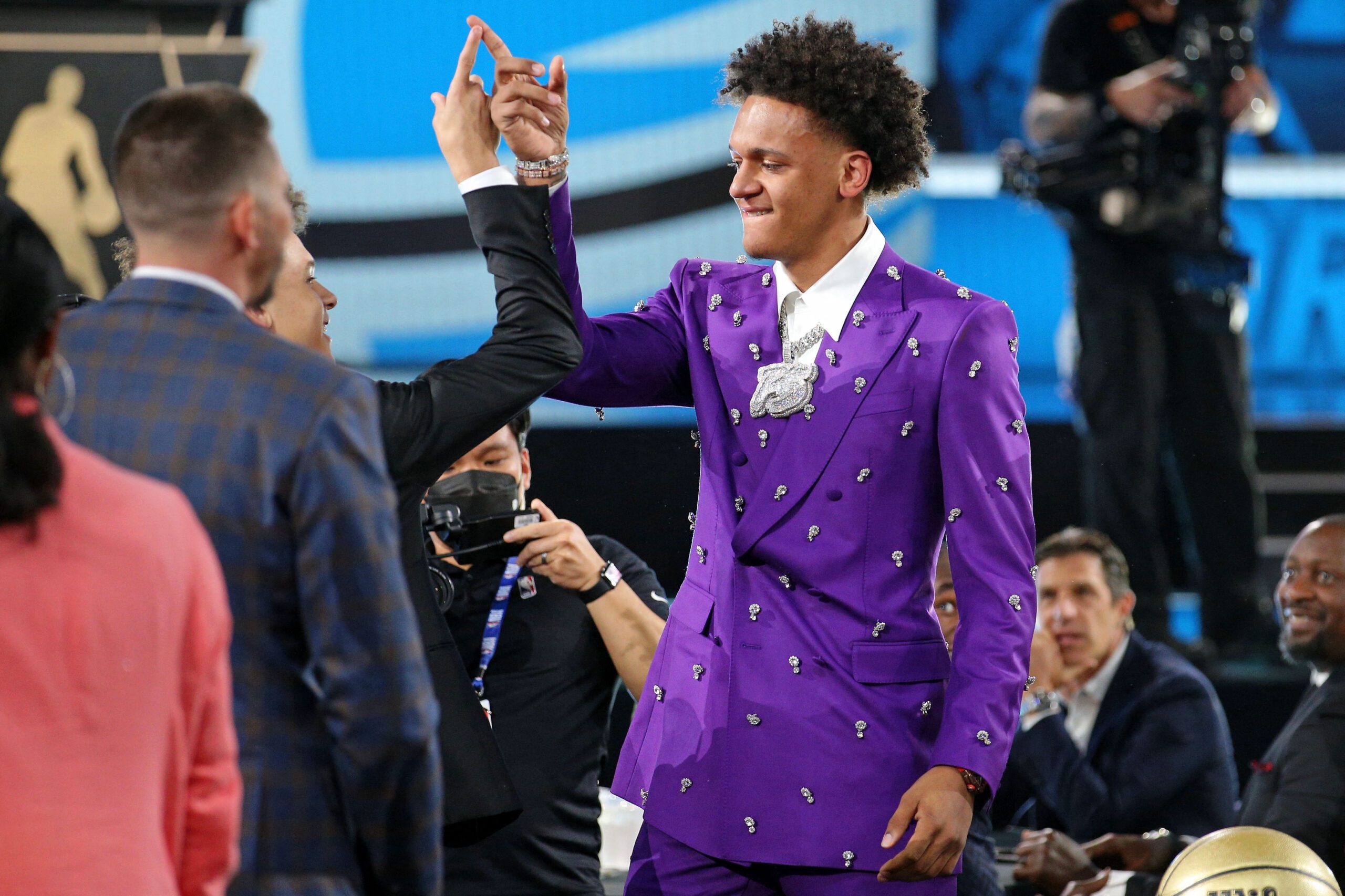 TOP CHOICE. Paolo Banchero gets congratulated after being selected as the No. 1 overall pick by the Orlando Magic.

Facebook Twitter Copy URL
Copied
‘My ceiling is as high as I want it to be,’ says top draft pick Paolo Banchero

The Orlando Magic had the entire basketball world buzzing on Thursday after it decided to take Paolo Banchero as the first overall pick in the 2022 NBA Draft. Everyone knew that Banchero’s odds of going first overall had risen significantly as the draft drew closer, but it was still a huge surprise when his name was called.

At this point, Banchero is ready to get to work with the Magic. He is well aware of the expectations people have on him — especially now that he’s the No. 1 overall pick in his class. Be that as it may, the 19-year-old remains unfazed:

“My ceiling is as high as I want it to be,” he said, via Mike Vurkonov of The Athletic. “Which is limitless.”

“I set a lot of goals for myself every stage of my career. So I want to do all that — NBA Rookie of the Year, be an All-Star, make the playoffs, everything a basketball player on this stage would want to do, I want to do, plus more. But at first, I want to win. That’s the most important thing.”

Barely 24 hours after the NBA Draft and Banchero is already gunning for the Rookie of the Year title — among other things he wants to achieve with the Magic, of course.

Some of the other members of his class will definitely have something to say about this for sure. – Rappler.com