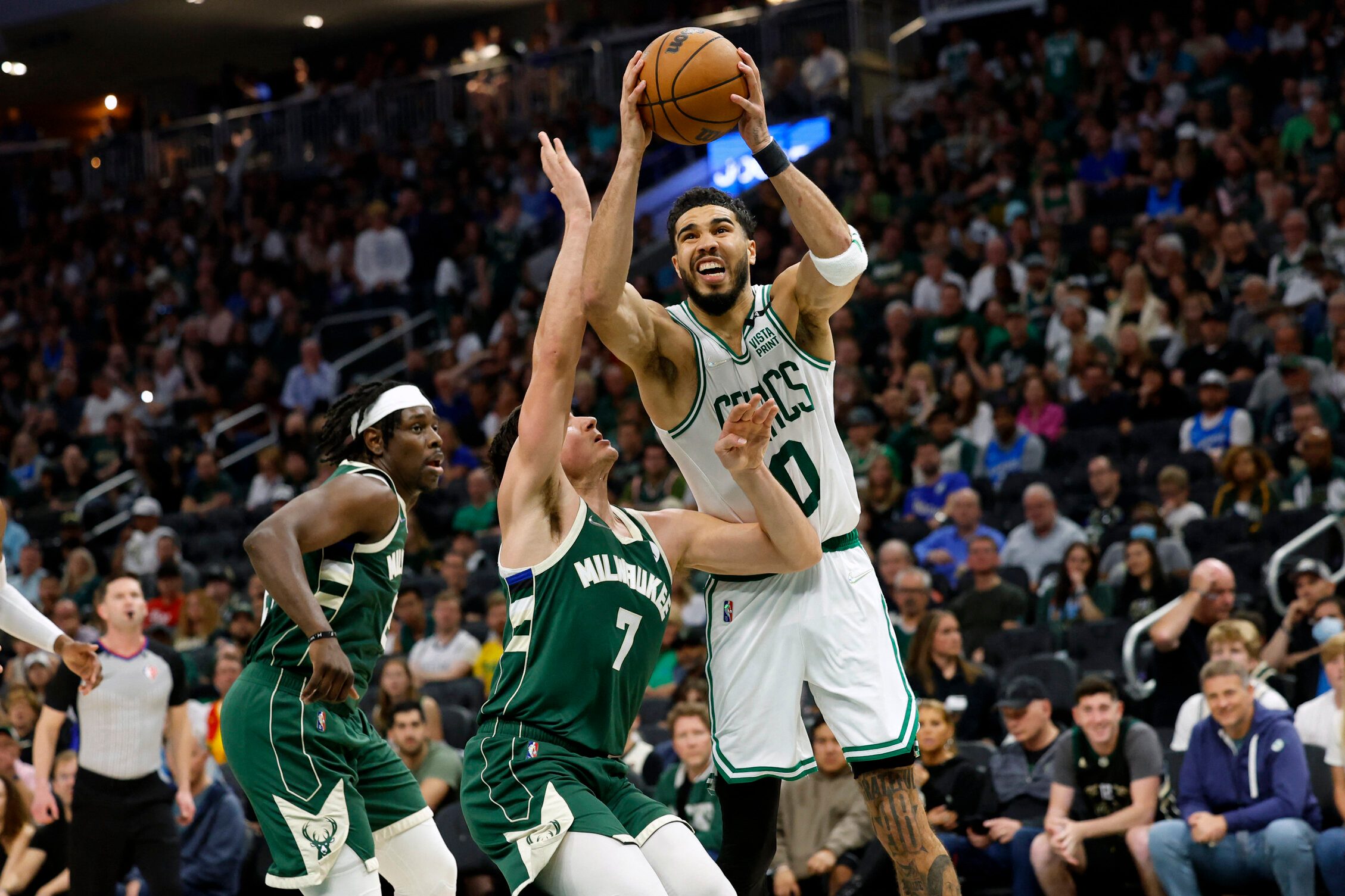 Jayson Tatum scored 10 of his game-high 46 points in a key fourth-quarter sequence and teammates Jaylen Brown and Marcus Smart added key hoops as the Boston Celtics held off the host Milwaukee Bucks, 108-95, to force a Game 7 in their Eastern Conference semifinal playoff series on Friday night, May 13 (Saturday, May 14, Manila time).

Brown finished with 22 points and Smart 21 for the second-seeded Celtics, who continued a trend in the series by winning for a second time on Milwaukee’s home floor.

Game 7 will be held Sunday at Boston, where the Bucks have two earlier wins in three tries in the series.

After erasing a late 14-point deficit to take a 3-2 lead in the best-of-seven with a win at Boston on Wednesday, the third-seeded Bucks found themselves down 84-70 with 11:25 to go this time before mounting their comeback.

Giannis Antetokounmpo, the Bucks’ leading scorer with 44 points, had a three-point play, two free throws and a three-pointer in an 11-1 burst that cut the Milwaukee deficit to 85-81 with 8:42 remaining. But this time it was the Celtics who made the decisive late push.

Tatum exploded for four straight hoops, including a pair of three-pointers, Brown nailed a three and Smart connected from just inside the arc in a 15-6 response that reestablished a double-digit lead at 100-87 with 4:20 to go, and Boston held on from there.

Tatum’s 46 points were his most this postseason and the second-most of his playoff career, trailing only his 50-point effort against the Brooklyn Nets in the first round last May.

Tatum hit 17 of his 32 shots and seven of his 15 three-point attempts, the latter contributing to the Celtics’ 17-for-43 night from deep. Smart added five three-pointers in nine attempts, while Brown went 4-for-7.

Al Horford, held to two points, had a team-high 10 rebounds for the Celtics, who prevailed in a Game 7 the last time they were in one, eliminating the Toronto Raptors in 2020 en route to a matchup with the Miami Heat in the Eastern Finals.

The winner of Sunday’s Game 7 will meet the top-seeded Heat in the Eastern Finals, starting Tuesday in Miami.

Despite playing most of the game in foul trouble, Antetokounmpo found time for a game-high 20 rebounds and a team-high 6 assists to complement his 44 points, which were the second-most of his playoff career. He had 50 in last year’s NBA Finals against the Phoenix Suns.

Jrue Holiday chipped in with 17 points and Pat Connaughton 14 for the Bucks, who survived a seventh game in their Eastern semifinal series against the Nets last season before going on to capture the championship.

The Bucks were outscored 51-21 on three-pointers, making just seven of 29. – Rappler.com