Poole powers Warriors past Nuggets in Game 1 as Curry returns 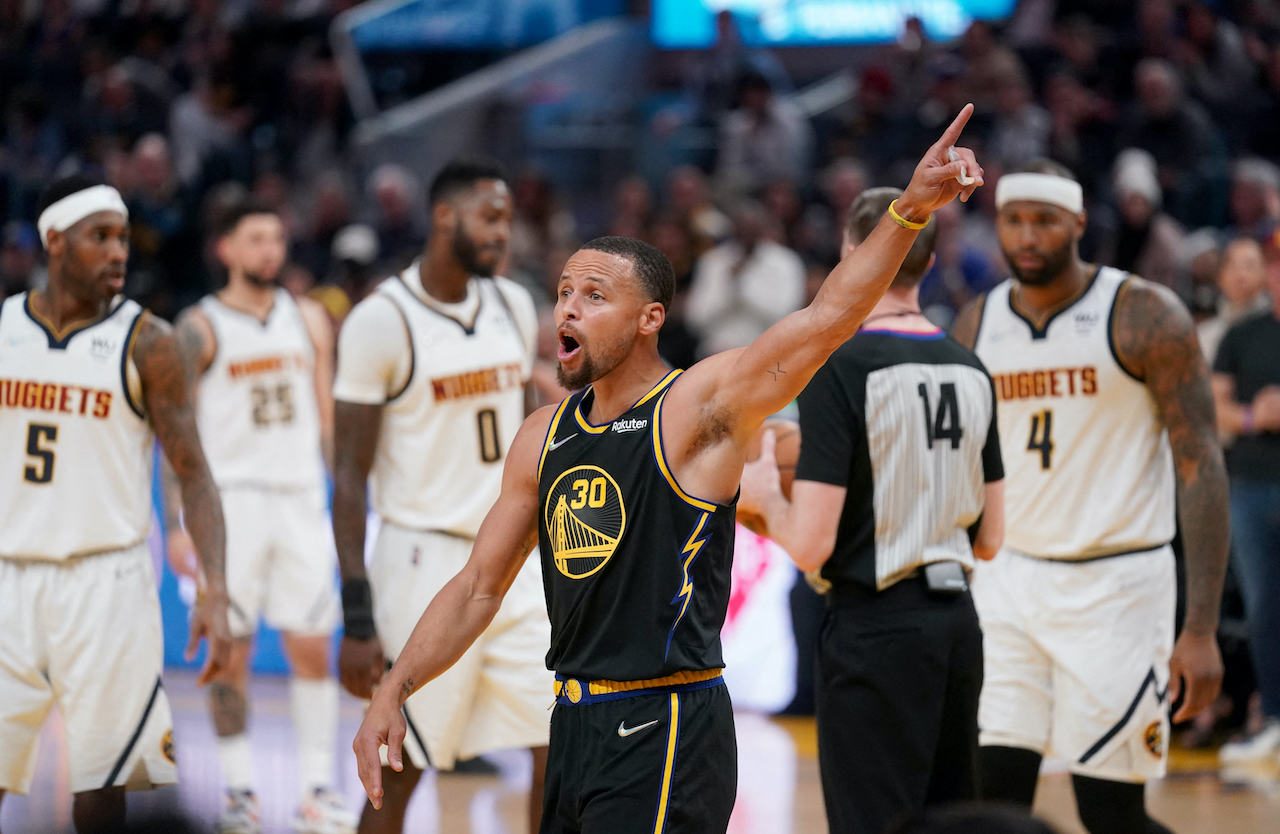 Jordan Poole exploded for 30 points as the Golden State Warriors rolled to an easy 123-107 victory over the Denver Nuggets in the opening contest of their Western Conference first round series in San Francisco on Saturday, April 16 (Sunday, April 17, Manila time).

Stephen Curry added 16 points in 22 minutes off the bench after missing the previous 12 games with a left foot injury. His timing was off as he finished 5-of-13 shooting in his first action since March 16.

Nikola Jokic registered 25 points, 10 rebounds, and 6 assists for Denver. Will Barton added 24 points for the Nuggets, who did not play like the squad that won three of four regular season outings against the Warriors.

Poole was 9-of-13 shooting – including 5-of-7 from three-point range – as his point total tied Hall of Famer Mitch Richmond (1989) for the second-highest scoring playoff debut in Warriors’ history. Hall of Famer Wilt Chamberlain holds the record of 35 in 1960 for the Philadelphia Warriors.

Andrew Wiggins contributed 16 points and 9 rebounds, while Draymond Green had 12 points, 9 assists, 6 rebounds, and 3 blocked shots for Golden State, which shot 52.4% from the field and was 16-of-35 from three-point range.

Bones Hyland and Monte Morris added 10 points apiece for the Nuggets, who made 46.2% of their shots and were 11-of-35 from long distance.

Denver trailed 76-67 with 3:54 left in the third quarter before the Warriors erupted with a 14-1 run. Curry scored 6 points during the burst as Golden State opened up a 22-point advantage.

The Warriors led 90-70 entering the final quarter and the Nuggets soon inched within 16 points. But Golden State answered with a 10-2 burst with Poole draining a three-pointer to make it 102-78 with 8:12 left and the Warriors cruised to the finish.

Poole scored 17 first-half points on 6-of-6 shooting as the Warriors held a 58-47 lead at the break.

Curry later drained a three-pointer in the final seconds to cap an 18-4 splurge and give Golden State the 11-point halftime lead. He had 5 points on 2-of-8 shooting in the half. – Rappler.com