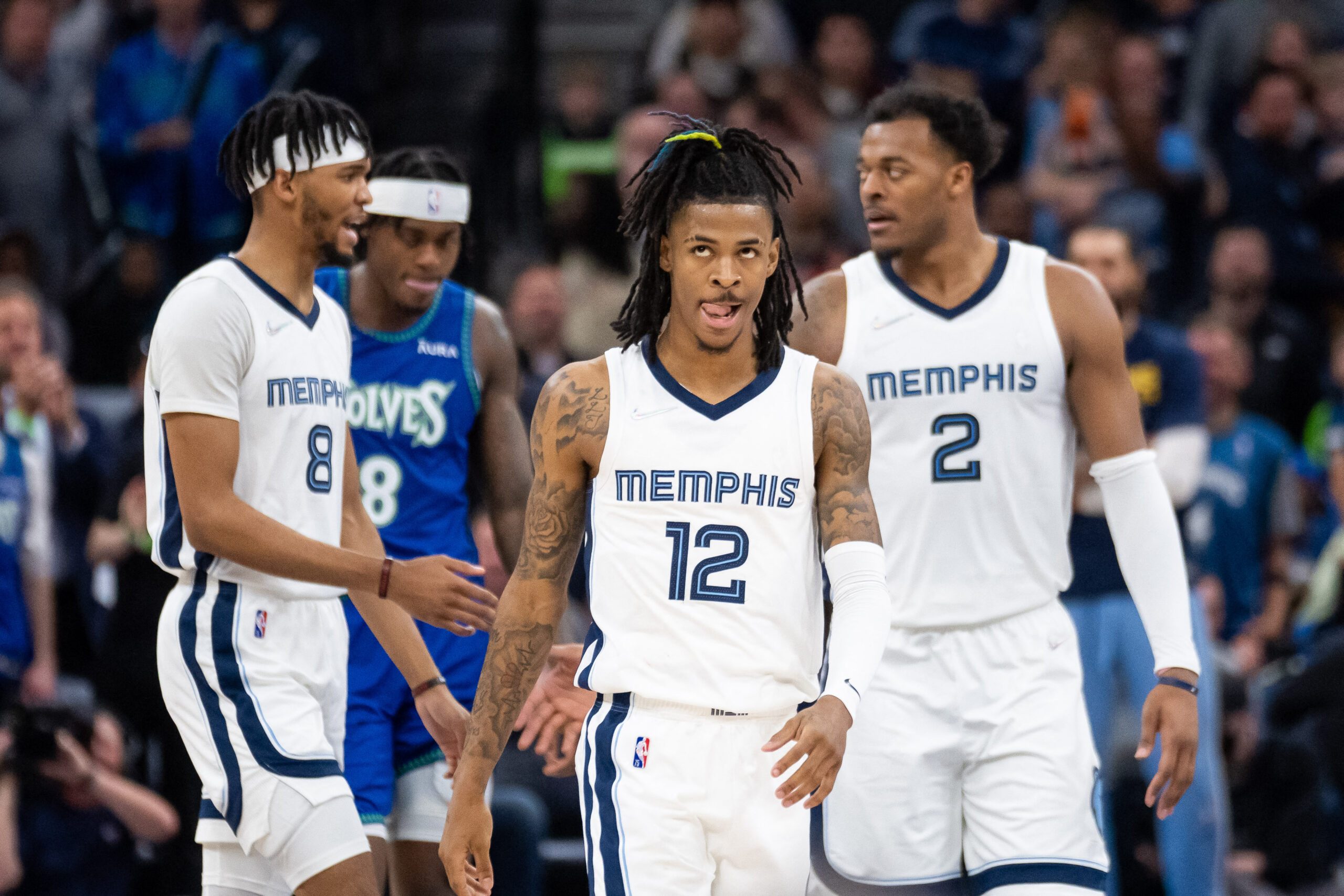 GRITTY. Ja Morant (center) and the Grizzlies walk back onto the court against the Timberwolves in second-half action.

Desmond Bane scored 26 points to lift the visiting Memphis Grizzlies to a 104-95 victory over the Minnesota Timberwolves in Game 3 of a Western Conference first-round playoff series in Minneapolis on Thursday, April 21 (Friday, April 22, Manila time).

Bane sank seven three-pointers as the second-seeded Grizzlies overcame a 26-point deficit to seize a 2-1 lead in the series. Game 4 is Saturday in Minneapolis.

Brandon Clarke collected 20 points and 8 rebounds off the bench for the Grizzlies, who outscored seventh-seeded Minnesota by a 37-12 margin in the fourth quarter.

Ja Morant overcame a 5-for-18 performance from the floor to finish with 16 points, 10 assists, and 10 rebounds.

Timberwolves guard D’Angelo Russell scored 22 points, a stark contrast to his performance in the first two games of the series. He sank just 5-of-22 shots in Games 1 and 2 while scoring 21 total points.

Anthony Edwards had 19 points for Minnesota. Patrick Beverley scored 14, Malik Beasley had 11 and Jarred Vanderbilt finished with 10 points and 13 rebounds.

Russell’s shot from the interior propelled Minnesota an 83-62 lead with 1:05 to play in the third quarter before Memphis ignited a 21-0 run to forge a tie, capped by Bane’s sixth 3-pointer.

Bane’s seventh trey gave the Grizzlies a 93-88 lead with 4:54 remaining in the fourth quarter. Karl-Anthony Towns sank a jumper to trim the deficit to three, and the teams traded pairs of free throws before Clarke converted twice from the interior.

Dillion Brooks essentially put the game out of reach by draining a three-pointer to push Memphis’ lead to 102-92 with 1:17 to play.

Minnesota bolted out of the blocks by scoring the first 12 points of the game, with Beverley working the interior to record eight of them. The Grizzlies cut the deficit to five before the Timberwolves finished the quarter on a 21-8 run to take a 39-21 lead.

Edwards and Beasley each drained a three-pointer as Minnesota pushed its advantage to 47-21 early in the second quarter. Memphis answered by scoring 23 of the final 27 points of the period, highlighted by a 15-0 run to end the half. – Rappler.com