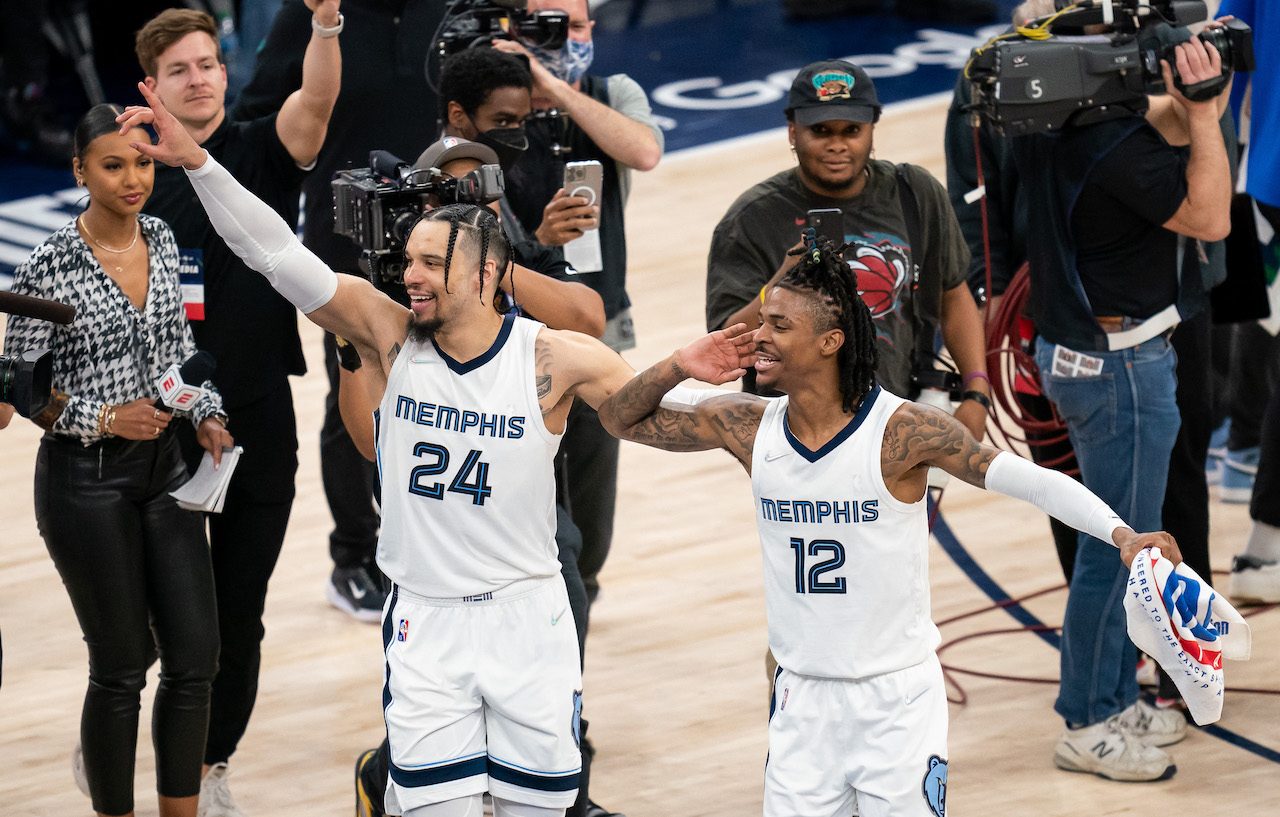 COMEBACK KIDS. Ja Morant and the Grizzlies complete another fourth-quarter comeback to advance.

The Grizzlies, who trailed by as many as 13 points in the third quarter, outscored the Timberwolves 40-22 in the fourth, adding to two other victories in which they overcame double-digit deficits.

Game 1 is Sunday afternoon in Memphis.

Minnesota led by 10 after three quarters, but Jackson and Jones made back-to-back three-pointers to start the fourth-quarter scoring and pull Memphis within 84-80.

The Grizzlies got as close as 3 points before Jordan McLaughlin had a basket and 2 assists to help Minnesota take a 91-84 lead.

Brooks’ three-pointer pulled Memphis even at 97 before Edwards made 2 free throws to put Minnesota back in front.

Clarke made 1 of 2 free throws before Bane sank a three-pointer and Morant scored on a drive for a 103-99 Grizzlies lead with 2:25 left.

McDaniels sank a three-pointer, but Jones answered with his own triple.

McLaughlin scored on a drive, but Jackson answered with a dunk for a four-point edge with 36.3 seconds left. Morant and Jackson made 2 free throws each to seal the victory.

D’Angelo Russell scored the first 5 points of the third quarter as the Wolves pushed their three-point halftime lead to 57-49.

Towns scored 5 straight points as Minnesota extended the margin to 66-53.

Morant and Brooks scored 5 points each during a 12-0 run that pulled the Grizzlies within 69-68.

Beverley and McDaniels each made a three-pointer as the Wolves built a 12-point lead before taking an 84-74 edge into the fourth quarter.

The lead changed hands eight times in the first half before the Timberwolves a 52-49 lead into the break. – Rappler.com