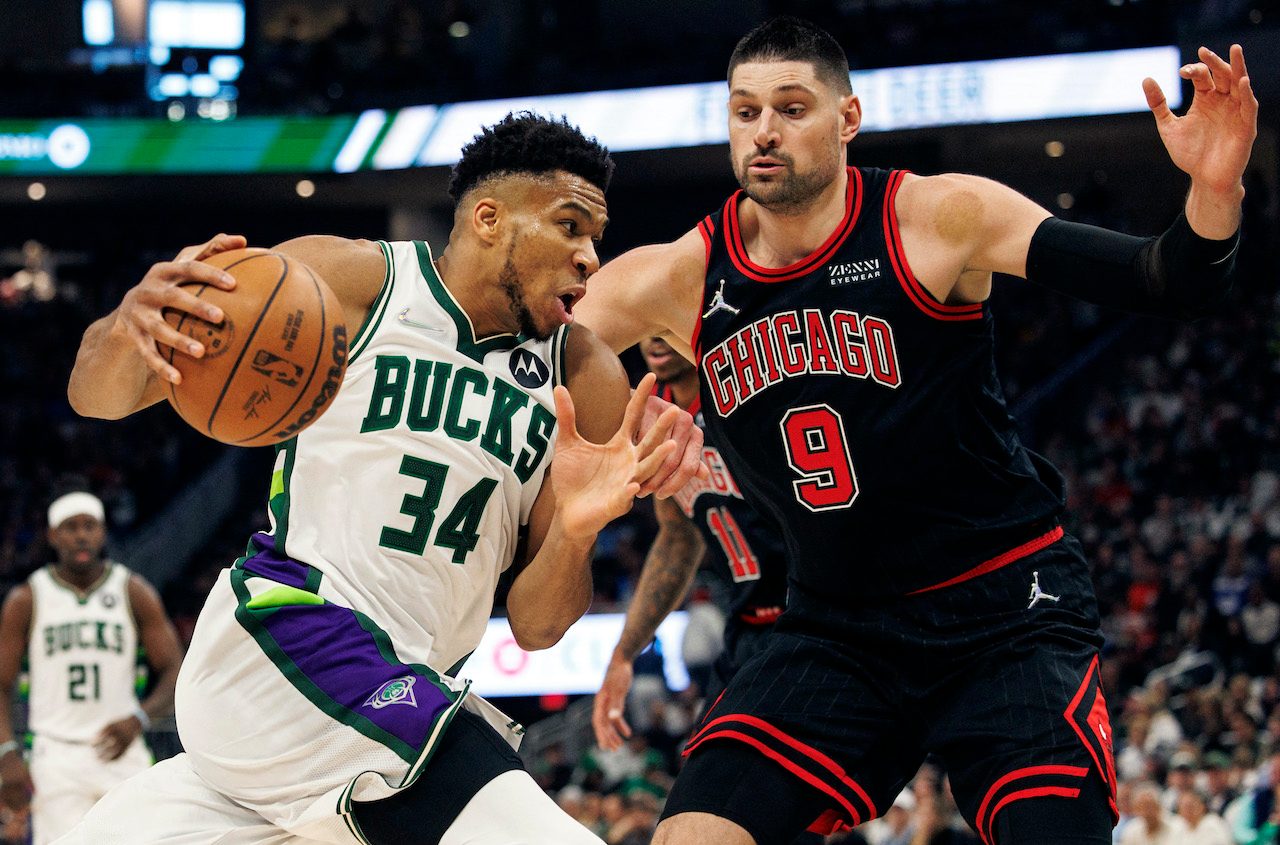 MVP NUMBERS. Giannis Antetokounmpo posts a 25-15 double-double as the Bucks take down the Bulls.

Giannis Antetokounmpo poured in 27 points on 10-of-19 shooting and helped the Milwaukee Bucks hold off the visiting Chicago Bulls to earn a 93-86 win to open their first-round Eastern Conference playoff series on Sunday, April 17 (Monday, April 18, Manila time).

The Bulls trailed by just a point with 1:36 left to play after an Alex Caruso layup, but Milwaukee closed the game on a 6-0 run to secure the victory.

Nikola Vucevic paced Chicago with 24 points and 17 rebounds despite shooting just 9-of-27 on the night. Zach LaVine contributed 18 points and 10 rebounds, while DeMar DeRozan poured in 18 points, 8 rebounds, and 6 assists.

Shots from behind the arc were not falling all night for the Bulls, who made just 7 of 37 (18.9%) from distance.

Chicago put together a 13-0 run in the third quarter to take a five-point lead, but the Bucks responded with a 10-2 run of their own to retake the lead, 74-71, by the end of the frame.

Although the Bulls brought the margin within 5 in the second quarter after a 9-1 run, Milwaukee would go into the break with a 51-43 lead.

Antetokounmpo led all first-half scorers with 17 points to go along with 11 rebounds, while Lopez had 11 points. With just 6 of their 22 three-point attempts falling, the Bucks opted to do a good portion of their work down low, scoring 22 points in the paint.

DeRozan led Chicago with 12 points in the first half, and LaVine and Vucevic followed close behind with 11 and 10, respectively.

Despite a lackluster shooting performance from the field (31.7%) and three-point range (17.6%), the Bulls cashed in on 14-of-16 free throws in the half to stay in contention.

Milwaukee was firing on all cylinders through the first 12 minutes of action, jumping out to an early 13-point edge. Lopez had 11 points and Antetokounmpo added 9, while the Bulls shot just 33.3% from the field and 18.2% from deep. – Rappler.com