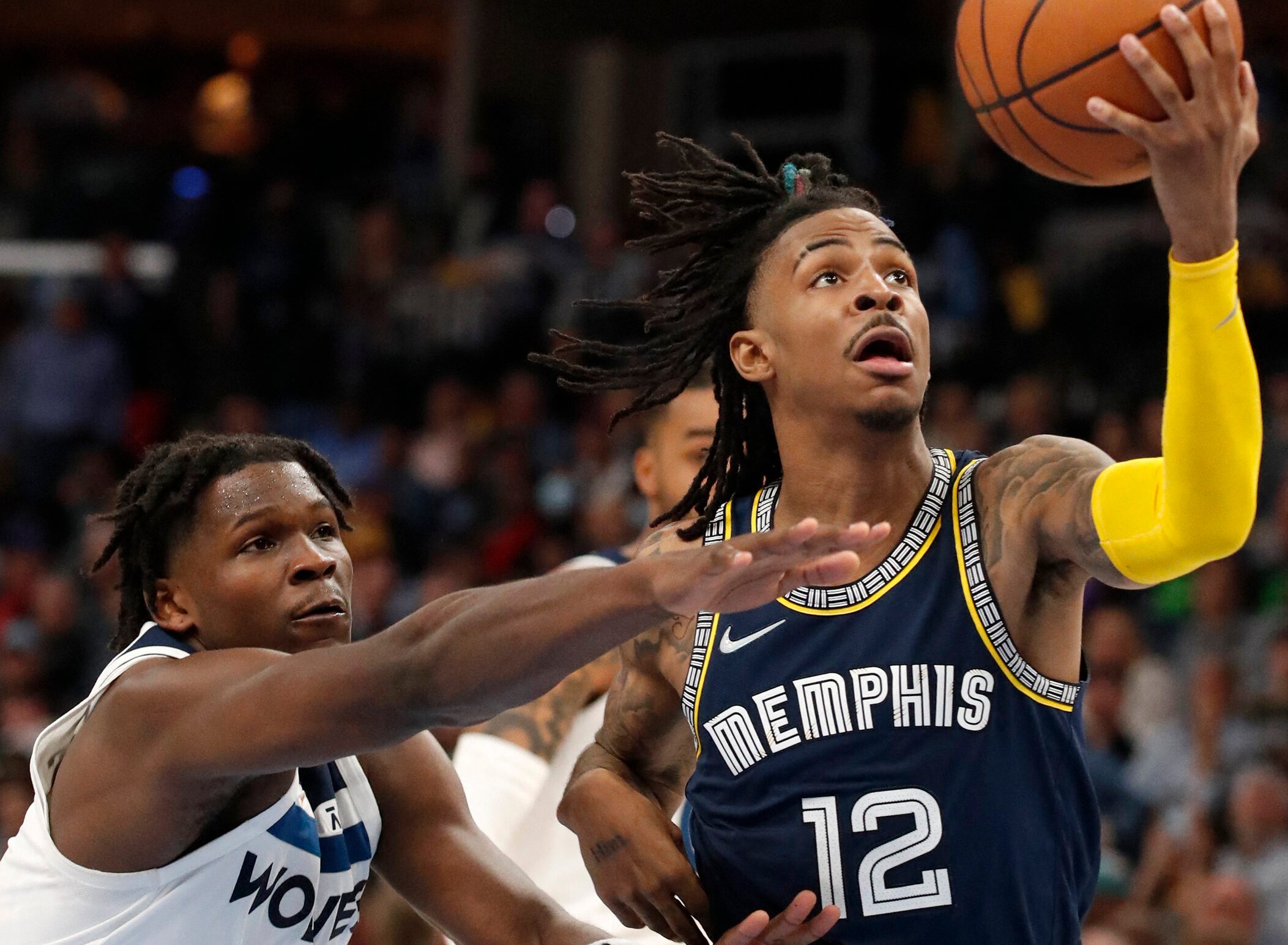 ALL EVEN. Timberwolves forward Anthony Edwards tries to chase Grizzlies guard Ja Morant as he goes for a shot.

Ja Morant had 23 points, 9 rebounds, and 10 assists as the Memphis Grizzlies coasted to a 124-96 win over the visiting Minnesota Timberwolves in Game 2 of their Western Conference quarterfinal series on Tuesday, April 19 (Wednesday, April 20, Manila time).

Second-seeded Memphis evened the best-of-seven series against seventh-seeded Minnesota at 1-1. The teams will reconvene for Game 3 on Thursday in Minneapolis.

Desmond Bane and Jaren Jackson Jr. added 16 points apiece for Memphis, which shot 47.8% (44-of-92) from the field. Brandon Clarke, Xavier Tillman, and Ziaire Williams contributed 13 points apiece off the bench.

Anthony Edwards led Minnesota with 20 points. Karl-Anthony Towns registered 15 points and 11 rebounds for the Timberwolves, who shot 39.5% (30-of-76) from the field.

The Grizzlies pulled ahead by double digits entering halftime and never looked back.

A three-pointer by Jackson put Memphis over the century mark for a 102-81 lead with 10:17 remaining. Jackson buried another three-pointer less than two minutes later to boost the Grizzlies’ lead to 24 points.

Memphis entered the fourth quarter with a 96-77 edge.

The Grizzlies opened the second half on a 17-4 run to seize a 77-53 advantage with 7:47 remaining in the third quarter. Morant assisted on a basket by Bane to open the half, and Morant added a layup, two three-pointers and a floating jump shot during the decisive run as the Timberwolves failed to keep pace.

By the time Dillon Brooks fed a pass to Tillman for an easy dunk, the Grizzlies had extended their lead to 82-55 with 5:15 left in the quarter. Timberwolves coach Chris Finch picked up a technical foul less than a minute later as Minnesota’s frustrations continued to mount.

Memphis held a 60-49 lead at halftime. Bane had 12 points to lead all scorers before the break.

The Timberwolves led 23-21 late in the first quarter when the Grizzlies went on a 9-0 run to go on top by seven with 2:11 left in the period. Tyus Jones made a floating jump shot to finish the run.