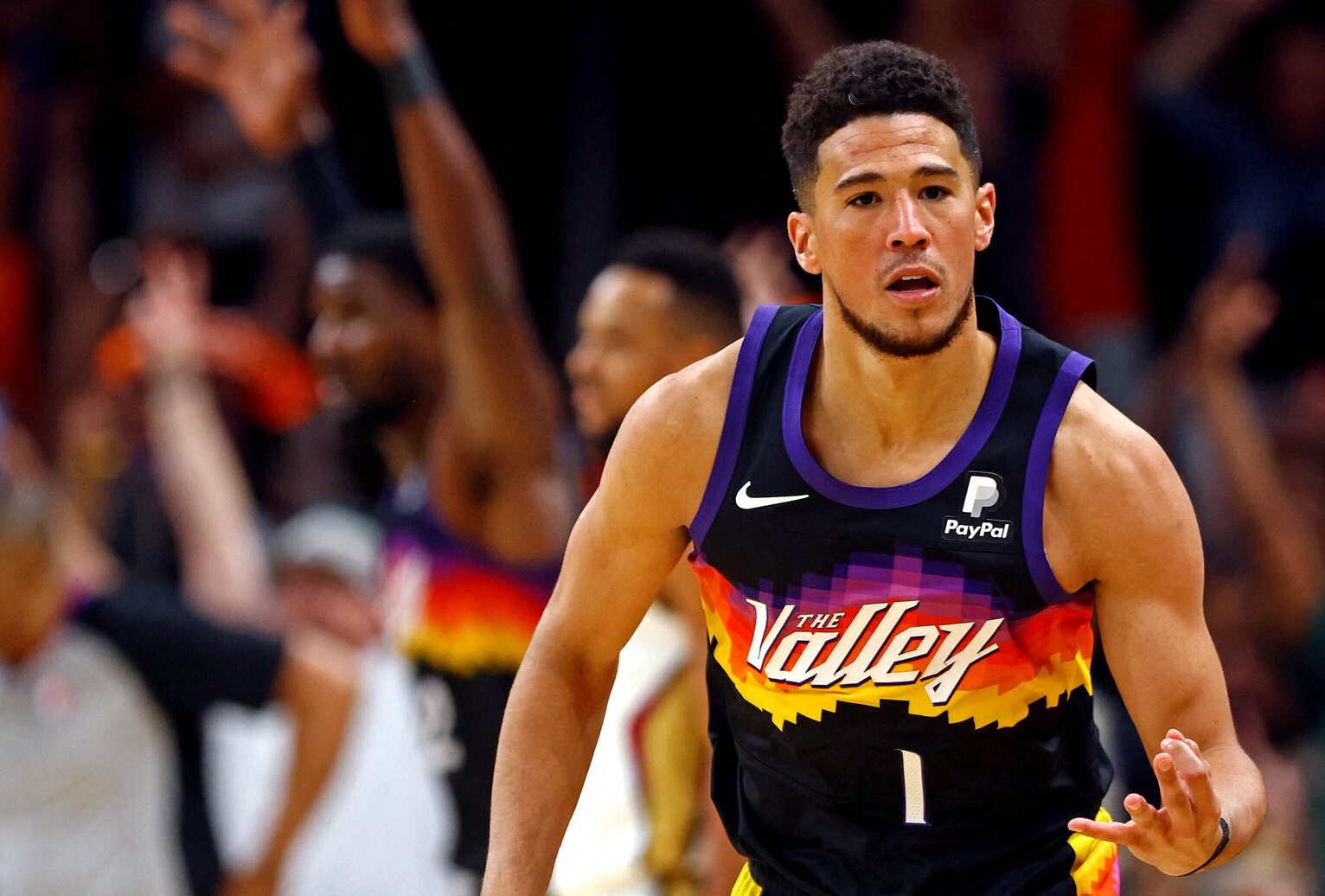 Facebook Twitter Copy URL
Copied
Suns star Devin Booker leaves Game 2 due to injury, allowing the Pelicans to surge ahead and level the series against the top seed

CJ McCollum made six three-pointers and had 23 points, 9 assists, and 8 rebounds as the eighth-seeded Pelicans outplayed the powerful Suns.

Phoenix star Devin Booker scored 31 points but departed in the third quarter with a hamstring injury. Mikal Bridges tallied 19 points, and Chris Paul added 17 points and 14 assists but shot just 5-for-16 from the field.

Game 3 of the best-of-seven Western Conference series is Friday night at New Orleans.

Booker exited with 4:35 left in the third quarter and headed back to the locker room to be examined. He was ruled out early in the fourth.

Booker put up all of his points in the first half. He finished 12-of-19 on field-goal attempts and was 7-of-11 from three-point range.

Herbert Jones added 14 points and Larry Nance Jr. had 13 for New Orleans, which outscored Phoenix 69-53 in the second half. Jonas Valanciunas contributed 10 points and 13 rebounds for the Pelicans.

New Orleans trailed by five at halftime before outscoring the Suns 34-22 in the third quarter to take a seven-point advantage.

Ingram scored 14 points while helping the Pelicans shoot a blistering 70% (14-of-20) in the third period. New Orleans rattled off eight straight points to start a 19-7 stretch and take a nine-point lead before settling for a 90-83 advantage entering the final stanza.

However, without Booker, the Suns were unable to make a final charge.

Booker scored 16 points in the first quarter and 15 in the second, and the Suns held a 61-56 lead at the break. – Rappler.com