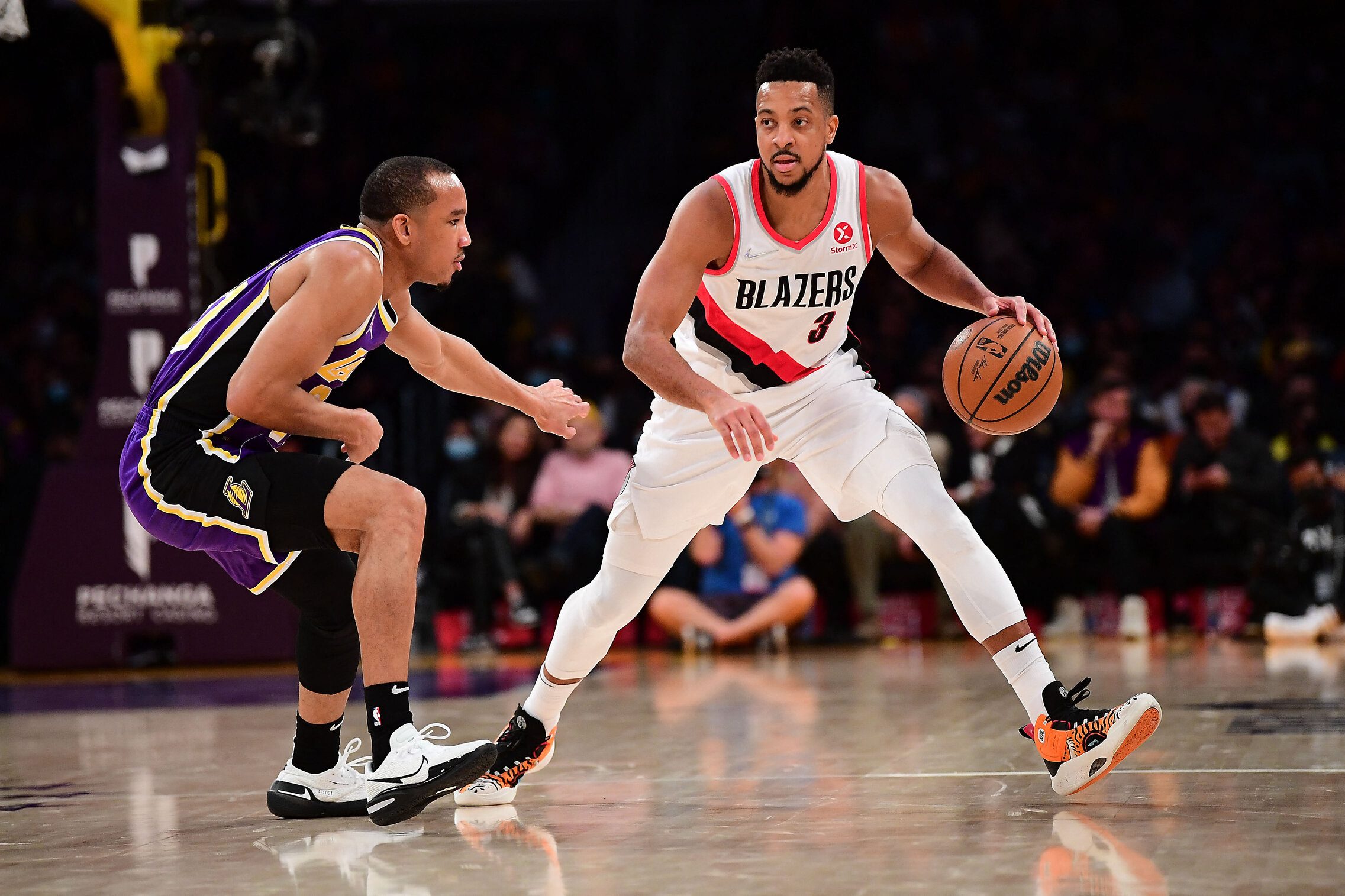 MOVING OUT. CJ McCollum played for nine seasons with the Trail Blazers.

The Portland Trail Blazers traded guard CJ McCollum to the New Orleans Pelicans on Tuesday, February 8, in a deal that included six other players and three draft selections.

Guards Josh Hart, Nickeil Alexander-Walker, Tomas Satoransky, and Didi Louzada will join the Trail Blazers. The Pelicans received McCollum, who was in his ninth season with Portland, plus forwards Larry Nance Jr. and Tony Snell.

Portland will also receive a protected 2022 first-round pick and two second-round picks from New Orleans in the trade.

Portland made the playoffs in each of McCollum’s first eight seasons but enters Tuesday night’s game against Orlando in 11th place in the West with a 21-33 record, a half-game behind the Pelicans (21-32) for a play-in spot.

Hart, 26, is in his third season with New Orleans after spending his first two NBA campaigns with the Los Angeles Lakers. He is averaging 13.4 points, 7.8 rebounds, and 4.1 assists in 41 games (40 starts) this season.

Louzada, 23, is sidelined with a torn meniscus in his left knee. He played in five games over the past two seasons, contributing a total of 8 points, 5 assists, and 4 rebounds.

Nance, 29, is averaging 6.9 points and 5.6 rebounds in 37 games (11 starts) in his first season with Portland. The seven-year veteran has missed the past 17 games due to a knee injury.