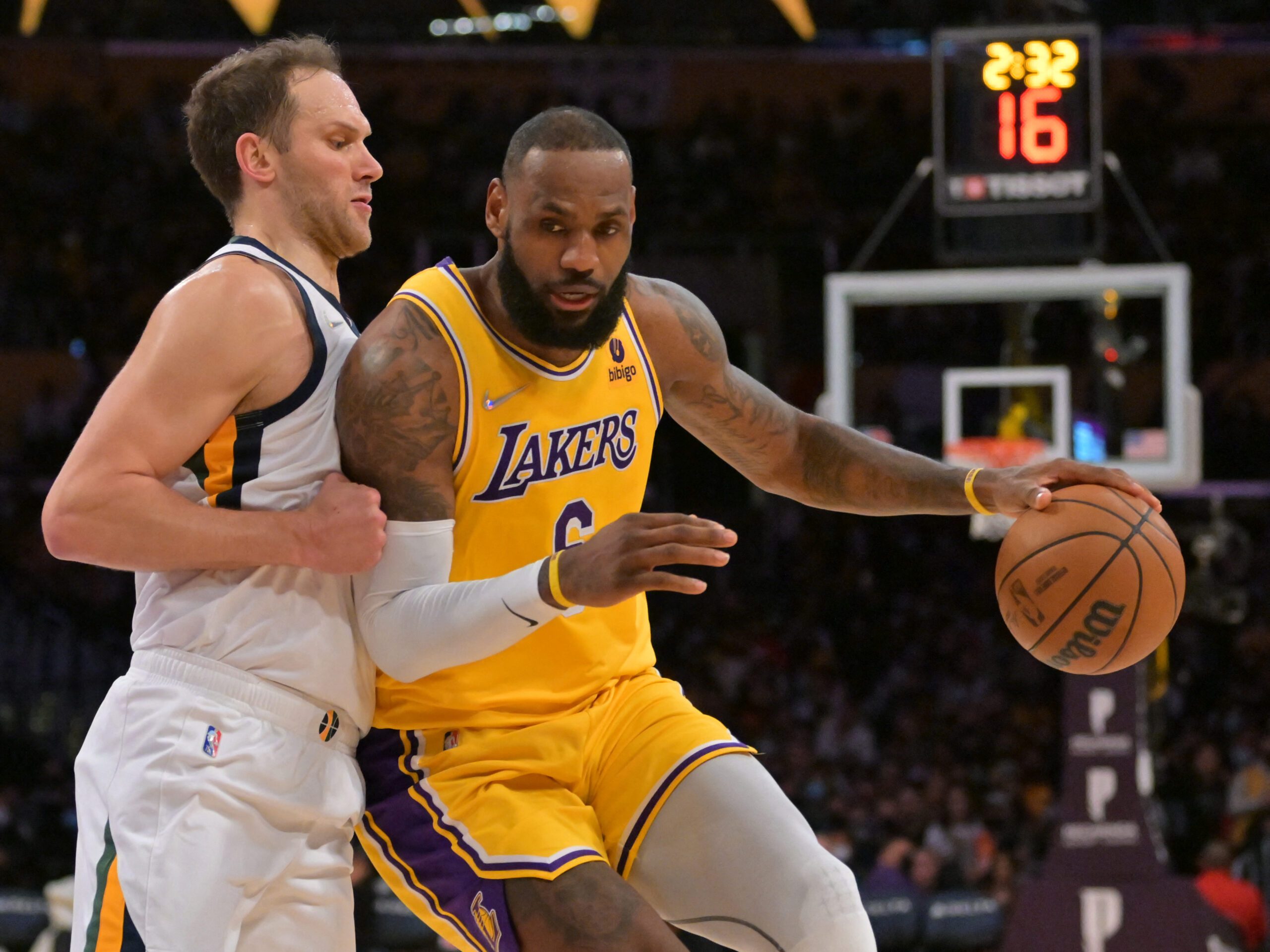 25 POINTS. LeBron James racks up 25 points to propel the Lakers.

LeBron James scored 25 points and Stanley Johnson added a season-high 15 as the Los Angeles Lakers rallied for a 101-95 victory over the visiting Utah Jazz on Monday, January 17, to end a three-game losing streak.

Russell Westbrook also had 15 points and Malik Monk added 14 points for the Lakers, who won for the first time since January 7 despite facing a 10-point deficit late in the third quarter. James contributed seven rebounds and seven assists.

Utah’s Rudy Gobert scored 19 points and grabbed 16 rebounds in his second game back from a five-game COVID-19 absence, and Mike Conley added 20 points. The Jazz lost on the second night of a back-to-back and fell for the fifth time in their past six games, with four of those defeats coming without Gobert.

Jazz leading scorer Donovan Mitchell was held to 13 points on 6-of-19 shooting, as he missed all eight of his 3-point attempts. He added eight rebounds and seven assists. Royce O’Neale also had 13 points for Utah.

After giving up an average of 128.3 points during their three-game skid, the Lakers stressed a need for improved defense, and their effort showed up in the first half Monday. Los Angeles held Utah to 35.1% shooting in the opening two quarters and led 52-46 at the break.

The Lakers took over early in the fourth quarter, using a 13-0 run to take an 87-83 lead with six minutes remaining on a Johnson layup. Los Angeles pushed the lead to 95-89 on a 3-pointer by Avery Bradley with 2:34 remaining.

Westbrook sealed the victory with a three-point play with 40.3 seconds remaining for a 98-90 lead.