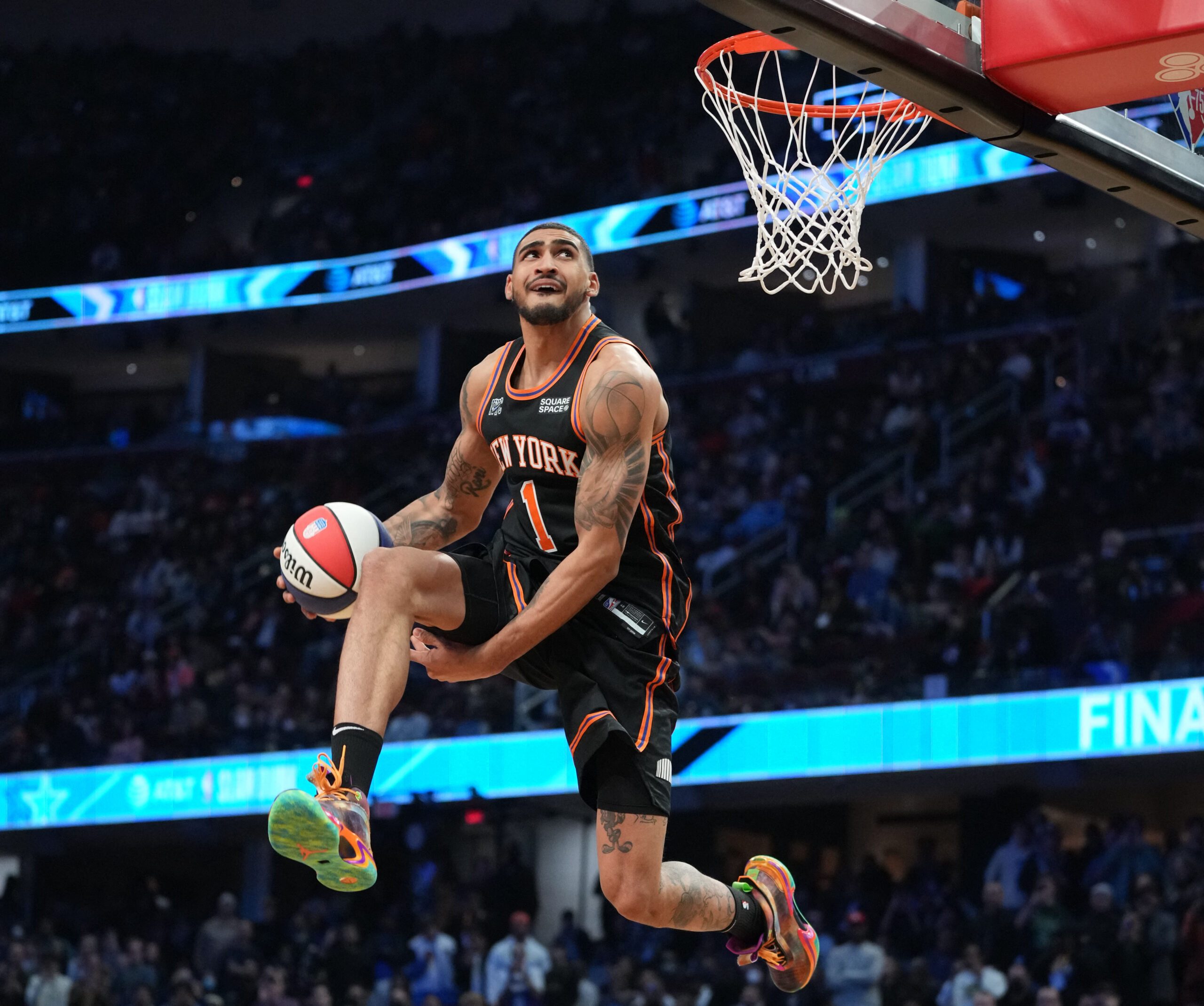 He was a relatively easy winner, topping Juan Toscano-Anderson of the Golden State Warriors in the final.

Toppin, who played in college for Dayton, was given a total of 45 points by judges on his first dunk in the final.

Anderson had a score of 39 and then failed to complete a second dunk, so Toppin clinched the title before his second attempt in the last round.

He is the third Knick to win the dunk competition.

Toscano-Anderson completed his first dunk in the first round by leaping over Golden State teammate Andrew Wiggins.

Jalen Green of the Houston Rockets managed 83 points in the preliminary for third place. Green’s second dunk received 45 points, marking the highest score of any dunk on Saturday.

Cole Anthony of the Orlando Magic was fourth with 70 points. He called out his father, former NBA player Greg Anthony, to hold the ball on his first dunk. The son wore a Knicks jersey, honoring his dad. Anthony failed to complete a second dunk. – Rappler.com