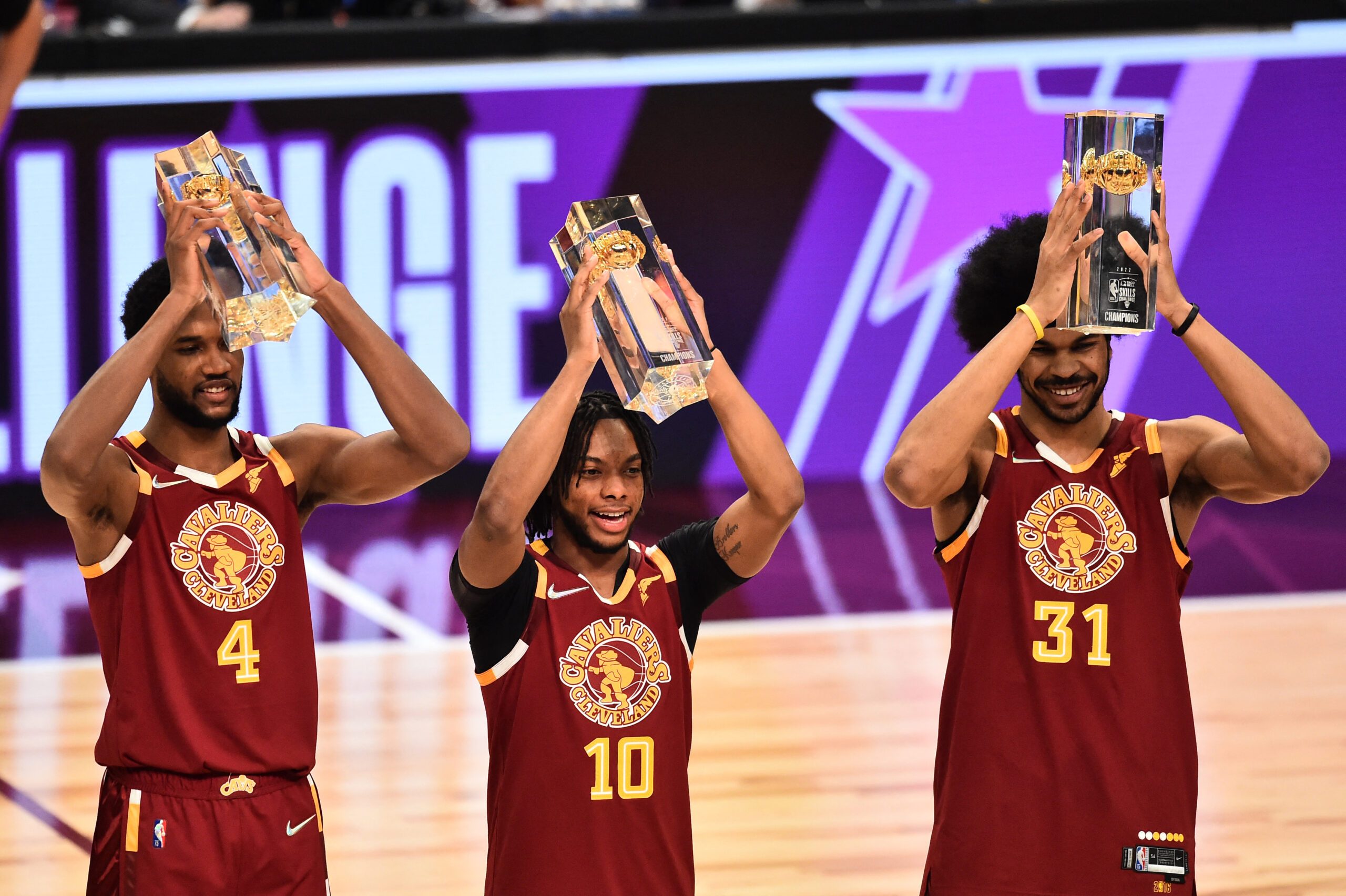 Team Cavs needed one basket in the halfcourt shot phase and Mobley drained it. After Jarrett Allen missed wide left, Mobley swished the team’s second attempt, so the group didn’t even have to use the rest of its attempts.

Earlier, Darius Garland and Mobley of the hometown Cavaliers combined to give Team Cavs the early lead in the skills competition in the jump shot portion of the event.

Still, Team Rooks – comprised of rookies Scottie Barnes, Cade Cunningham and Josh Giddey – surged into the lead with 200 points compared with 100 points each for Team Cavs and Team Antetokounmpos.

Team Cavs made it to the final when Garland hit a three-pointer to break the tie with Team Antetokounmpos.

Giannis Antetokounmpo had a solid beginning in the shooting category.

This was a new event that featured three three-man teams. It involved shooting, passing, a relay and, as the final, the half-court shooting drill. – Rappler.com