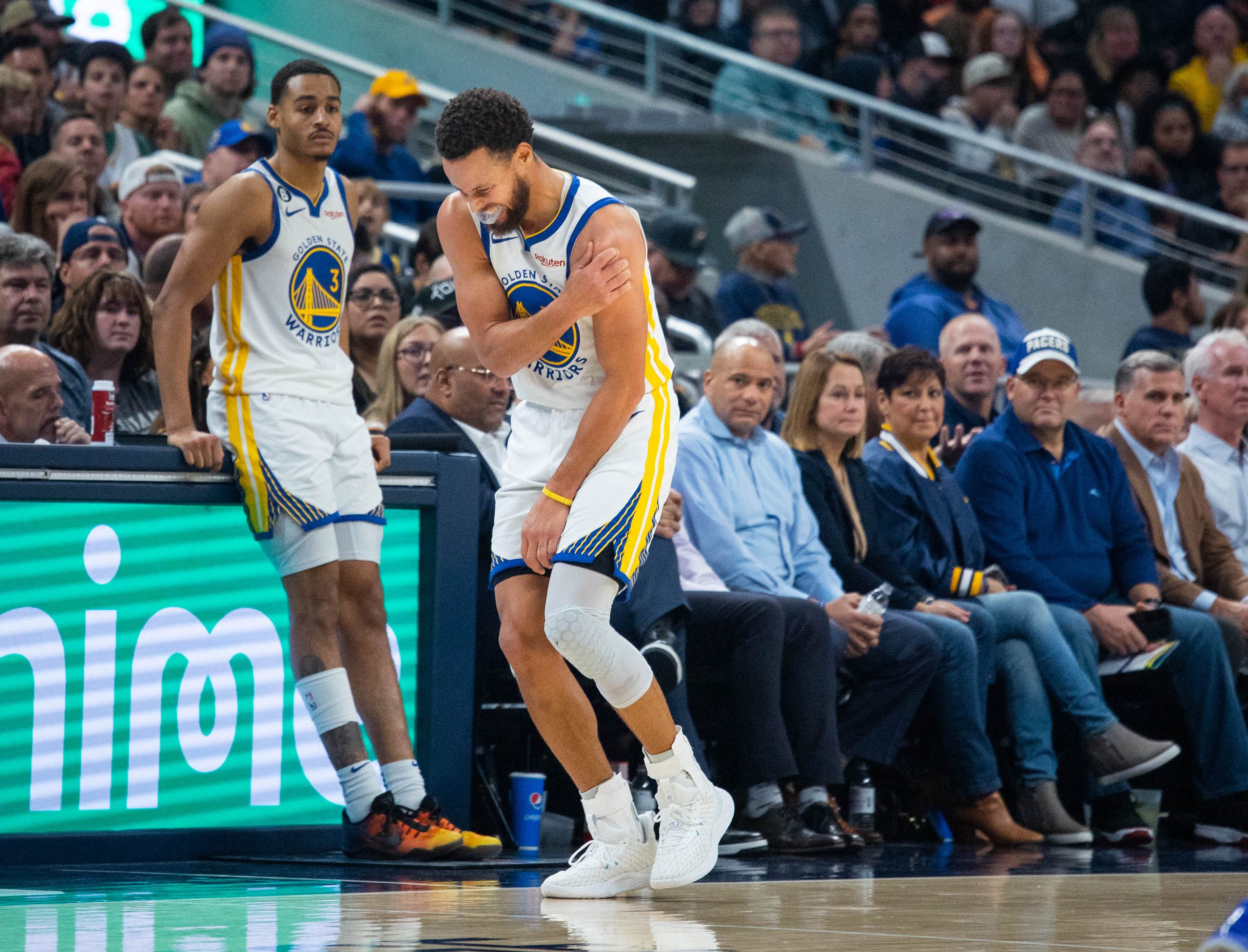 SIDELINED. Warriors guard Stephen Curry grabs his shoulder in the second half against the Pacers.

Facebook Twitter Copy URL
Copied
Steph Curry, who’s in the middle of another MVP-caliber run, will miss multiple games for the first time this season

Curry has a labral injury and will be reevaluated in two weeks, The Athletic reported later Thursday.

Curry suffered the injury in the third quarter of the Warriors’ loss to the Indiana Pacers while going for a steal. He exited and did not return.

Warriors coach Steve Kerr said Curry would have an MRI on Thursday.

It will mark the first time this season that Curry misses multiple games.

Curry finished with a game-high 38 points in Wednesday night’s loss despite playing just 30 minutes. He had 7 rebounds and 7 assists in the 125-119 loss. The Warriors were trailing 93-80 at the time of his injury.

Despite all of that, the Warriors are just 14-15 heading into Friday’s game against the Philadelphia 76ers. – Rappler.com